Riots and looting break out in Philadelphia—30 officers injured, 12 hospitalized

Riots broke out in Philadelphia after police shot a man armed with a knife who refused to disarm and advanced toward them. 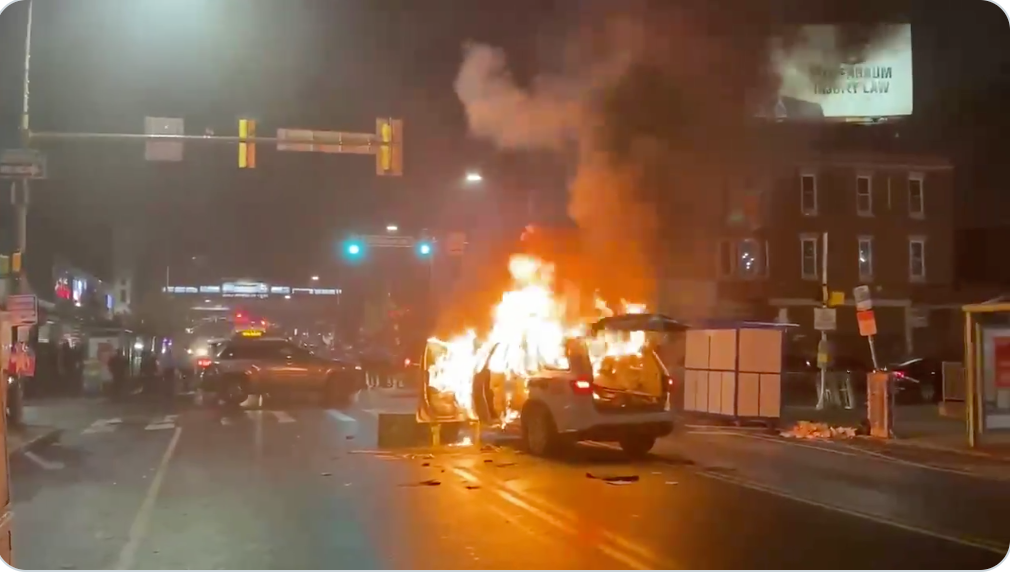 Riots broke out in Philadelphia after police shot a man armed with a knife who refused to disarm and advanced toward them.

Walter Wallace Jr, a 27-year old man who was wielding a knife had been asked by officers to put down his weapon. When Wallace refused to comply and approached the officers, two Philadelphia police officers opened fire.

Some in the establishment media spread false information suggesting that the armed Wallace did not lunge at the police.

Shortly after the shooting incident, protestors converged on the area. What started as a night of honking car caravan protests quickly became violent and dangerous.

A 56-year old sergeant who was struck by a pickup truck driven by protestors who plowed into law enforcement was left with a broken leg. He was hospitalized and is reportedly in stable condition, according to the Philadelphia Inquirer. As police rushed to protect the wounded officer, protests in the crowd continued to pelt the group of responders with rocks and various other projectiles.

Police officers were forced to retreat from the angry mob which continued throwing projectiles and pieces of wood at them. Several police officers sustained injuries from bricks and shattered glass.

Philadelphia residents and business owners hurried to protect their property as violence increased across the city in reaction to Wallace’s death.

Stores were looted and vehicles were set aflame, obstructing traffic. Police responding to the escalating situation reported losing control over parts of the city, being forced away from the violence.

Wallace’s death led to sudden, violent protests, riots, and looting across Philadelphia, primarily in West Philly, leaving an estimated 30 officers wounded and multiple rioters arrested. Philadelphia police authorities said that 10 people were held, but would be released. 12 officers were hospitalized.

Charges pending could include assaulting officers, and rioting. Officers report additionally that an estimated 20 people were arrested for looting. The looting occurred not near the protest, but in University City, Overbrook Park, as well as Center City and West Philadelphia.

“Why didn’t they use a Taser?” Wallace's father asked from the 6100 block of Locust Street. “His mother was trying to defuse the situation.” He said his son struggled with mental health issues and was on medication. “He has mental issues," Wallace said. "Why you have to gun him down?”

Sgt. Eric Gripp, spokesperson for the Philadelphia police department, said that officers had told Wallace to drop his knife, but that he instead “advanced towards the officers.” Investigators will be reviewing the footage from officers’ body cams.

Police said that six vehicles belonging to law enforcement were vandalized, as well.

The incident that sparked the riots can be viewed below: