"Of the 30 million Americans who have had COVID, only a handful of reinfections have been discovered," Paul said. 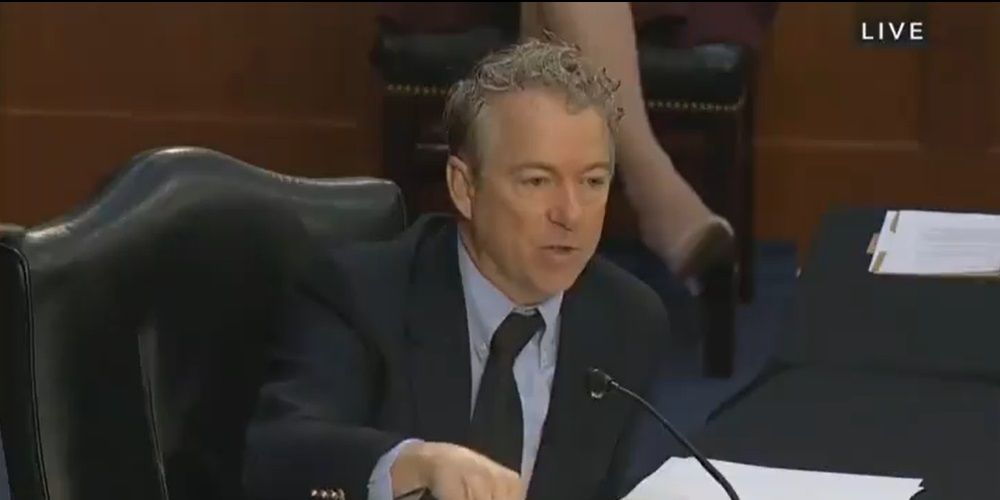 Sen. Rand Paul (R-KY) criticized Dr. Anthony Fauci, President Joe Biden's chief medical advisor, on Thursday for his insistence on enforcing mask mandates even after the population has been vaccinated.

Paul asserted that there have been no studies showing that survivors of coronavirus do not have immunity afterwards, criticizing Fauci for being "pessimistic" on the matter.

"Of the 30 million Americans who have had COVID, only a handful of reinfections have been discovered," Paul said.

Paul asked Fauci what studies he can cite which suggest that those who have already taken the vaccine or have survived coronavirus are not immune to the virus. "If we're not spreading the infection, isn't it just theater?"

Fauci disputed Paul's understanding of the studies he was citing. He also argued that depending on the variant of coronavirus, reinfection could be more likely than Paul suggested.

Paul continued asking Fauci for evidence of his position, demanding that he cite a study to support his conclusion. Fauci did not cite a study, saying that the literature is not available "yet." However, he noted that as the variant B117 rises, we might begin seeing evidence of such reinfections.