WATCH: Shocking footage of children on stage at a drag show in Los Angeles

A video surfaced on social media showing children at a drag club in LA being paraded across the stage by a drag queen urging them to pose and strut for cash. 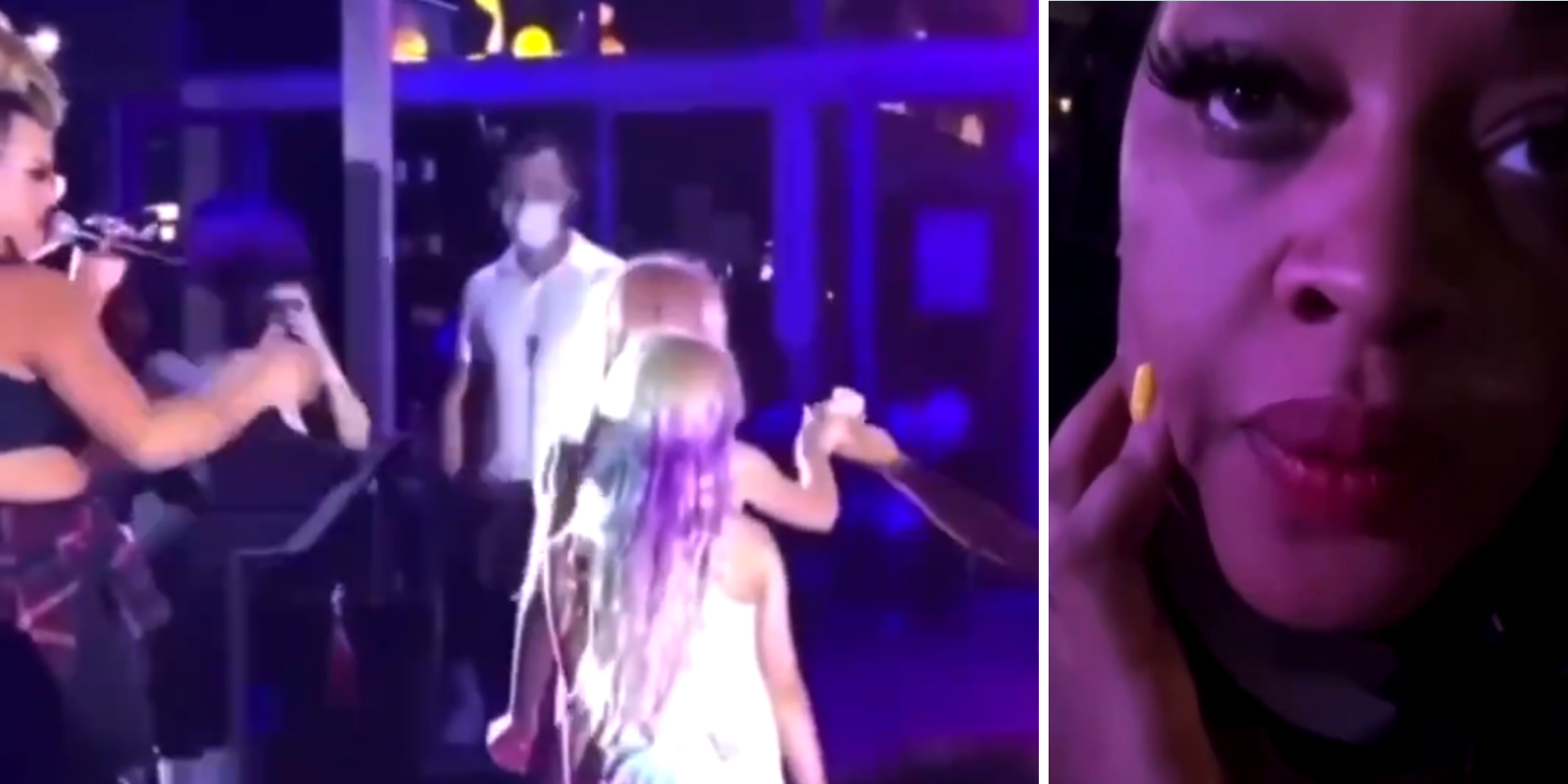 A video surfaced on social media showing children at a drag club in LA being paraded across the stage by a drag queen urging them to pose and strut for cash.

In the video, an onlooker comments on the travesty, with obvious displeasure. "Why in the hell to do these people got these f*cking little bitty-ass kids at this f*cking drag show, y'all?" She asks.

"It is 11:40 at night, these people have children in a f*cking drag show in LA on the beach, I mean look at this sh*t," she says, and pans the camera to the stage where what appear to be two little girls with long blonde hair, skinny legs, and short sundresses are being led across the stage by a drag queen.

"Get your money, girls," the drag queen says. The little girl poses and reaches out a hand for some cash from the audience.

The drag queen takes one of them by the hand and poses between the two girls, showing them how to pose, and the two follow suit. The drag queen leads them across the stage, as they sashay along with her.

"Telling her 'get her f*cking money,'" the woman shooting the scene notes, "look at this f*cking bullsh*t, look at this at this bullsh*t now. Look! Look! They're giving them f*cking money now."

"Hold on, that's a twenty," the drag queen says to one of the girls, taking the money and stuffing it into her bra.

"Got them picking f*cking money off the floor like they're f*cking strippers or some shit, now," the woman comments.

The footage is clearly relatively recent since a man with a mask can be spotted in the crowd.

The introduction of children to drag shows made headlines a few years ago with the emergence of Desmond is Amazing in 2018. The child star donned women's clothing and was paraded around in nightclubs to earn money as a sexualized performer, to the delight of club-going adults and the horror of the mainstream public.