In a response structure that appears to be modelled on the baptismal promise, the good father asked the congregants "Do you support racial justice, equity and compassion in human relations?" 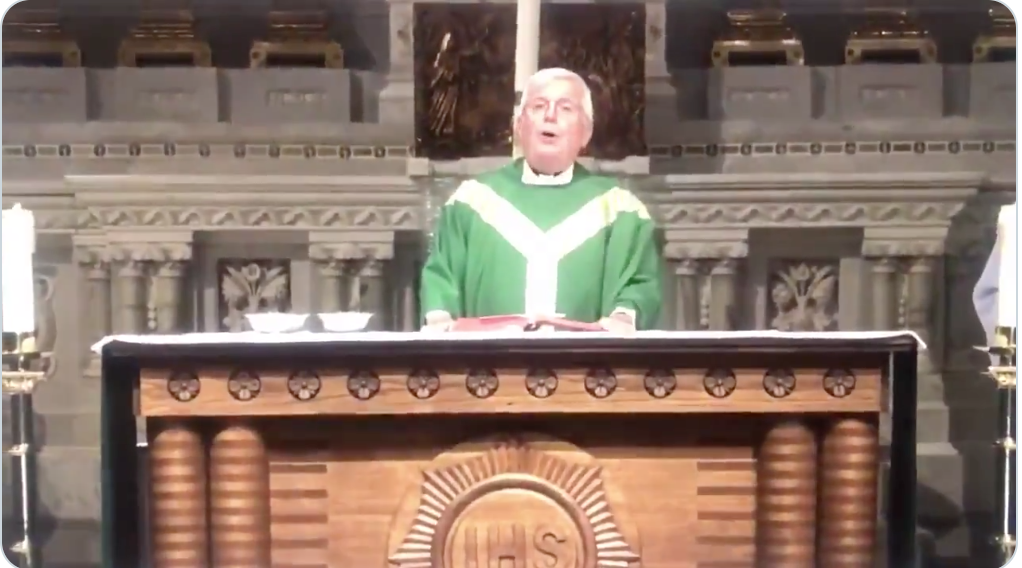 A Catholic priest preached from the altar about the danger of white privilege. In a response structure that appears to be modelled on the baptismal promise, the good father asked the congregants "Do you support racial justice, equity and compassion in human relations?"

The worshipers replied that they do. "Do you affirm that white privilege is unfair to those who have it and to those who do not?"

"Yes," he replied to his own question.

"Do you affirm that white privilege and the culture of white supremacy must be dismantled where it is present? Yes."

"Therefore, from this day forward, will you strive to understand more deeply the injustice and suffering white privilege and white supremacy cause? Yes."

"Will you commit to help transform our church culture to one that is actively engaged in seeking racial justice and equity for everyone? Yes."

"Will you make a greater effort to treat all people with the same respect you expect to receive? Yes."

"Will you commit to developing the courage to live your beliefs and values of racial justice and equality. Yes."

"Will you strive to eliminate racial prejudice from your thoughts and actions so that you can better promote the racial justice efforts of our church? Yes."

"Will you renew and honour this pledge daily knowing that our church and our community, our nation and our world will be better places because of our efforts? Yes."

The video was posted by comedian Jeremy McLellan, who reports that these directives came from the altar of Saint Francis Xavier Catholic Church in New York.

According to federal law, charitable organizations are not meant to engage in this kind of outright political speech.

In 1954, the US Congress enacted laws that limit political speech coming from church and religious leaders in the context of worship services. At that time, the tax codes were amended to create limits on religious groups political activities and other charitable groups.

Often termed "preaching politics from the pulpit," the concern over this kind of behaviour is that it violates the IRS designated not-for-profit status conditions, which state that "no substantial part of the organization's activities may involve attempts to influence legislation," and that they "may not intervene in political campaigns."

A religious celebrant during a worship service has a captive audience that is present for a shared tradition. In the case of a Catholic Mass, it is a holy sacrament that is being shared, and the priest is able, according to doctrine, to change the eucharistic bread into the body of Christ. Through the miracle of transubstantiation, this is taken on faith.

It was in his capacity as a conduit to the almighty that the father at Saint Francis Xavier ministered critical race theory to his flock of parishioners.