Fire Commissioner Daniel A. Nigro announced that Fire Marshals arrested Joel Mangal, 38, for the alleged use of improvised incendiary devices that resulted in damage and destruction of a Brooklyn deli. 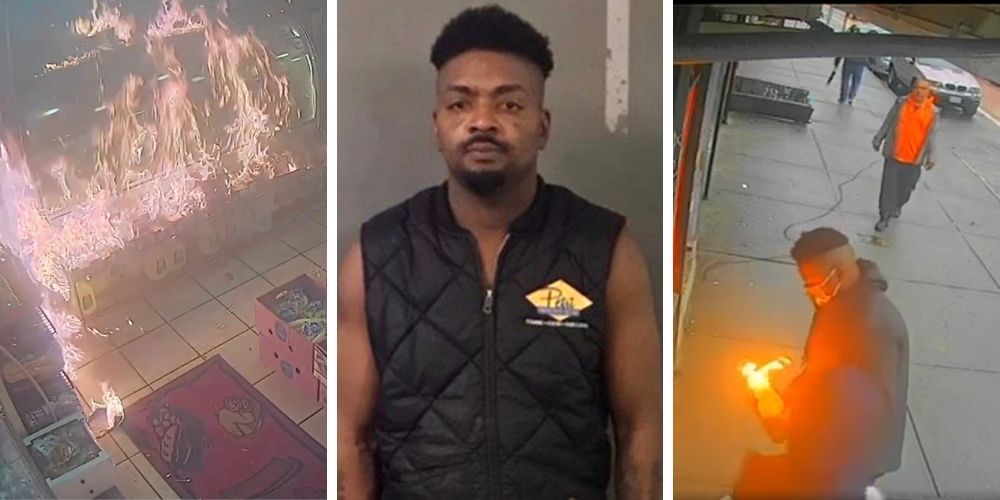 The New York Fire Department released graphic surveillance footage on Sunday of a suspected arsonist hurling a Molotov cocktail into a Brooklyn deli on Saturday.

Fire Commissioner Daniel A. Nigro announced that Fire Marshals arrested Joel Mangal, 38, for the alleged use of improvised incendiary devices that resulted in damage and destruction of a Brooklyn deli located at 496 Nostrand Avenue, Brooklyn on October 30th, 2021.

According to FDNY and law enforcement agencies, Mangal allegedly got into an argument with the staff at NR Rock Deli before 8 AM Saturday. He then allegedly returned with the Molotov cocktails and began the fiery attack.

Exterior surveillance video showed the suspect lighting one of the devices before chucking it through the front door. Interior footage shows the bomb impacted near the deli display case, and immediately covering the area with flames.

Mangal allegedly attempted to throw a second Molotov cocktail into the store but was stopped by a witness who knocked the device out of his hands in video footage.

According to the FDNY, Firefighters were called at 7:53 AM for reports of a store fire and arrived in three minutes. The rapid response allowed Firefighters to quickly bring the incident under control and provide medical treatment for one civilian with non-life-threatening injuries.

Fire Commissioner Daniel A. Nigro said, "Fortunately, there was no loss of life here. The investigative work from the Explosives and Arson Task Force comprised of our Fire Marshals, the NYPD, and ATF, led to the timely arrest of this suspect who threatened the safety of our communities by using such a cruel and destructive device."

"FDNY will continue to work alongside local, state and federal partners to bring to justice those who use fire as a weapon against New Yorkers."

Mangal has been charged with arson, assault, reckless endangerment, criminal possession of a weapon and criminal mischief, The case is expected to be prosecuted by the Brooklyn District Attorney’s Office.