WATCH: Taco Bell launches 'Drag Brunch' tour across the US 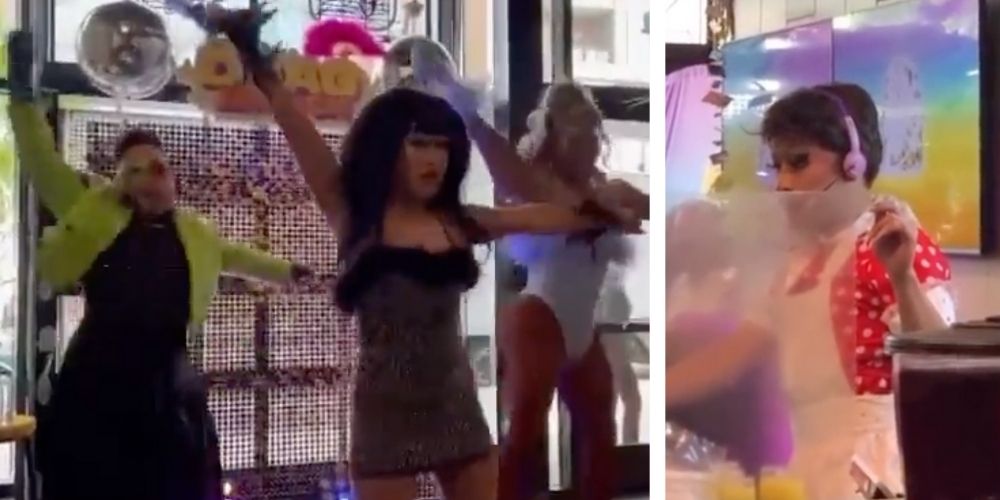 Taco Bell has launched a series of "drag brunch" events taking place across the US, hosted by the "fabulous drag performer and taco extraordinaire" Kay Sedia (pronounced quesadilla).

The fast-food chain made the announcement back in April, with the first these tour dates taking place on May 1. According to the New York Times, each of the five tour stops will hold two shows.

The tour will travel to Las Vegas, Chicago, Nashville, New York City, and Fort Lauderdale throughout May and June.

The event is open to those 18 and up, with Taco Bell’s "Fire Tier" rewards members, their "most loyal member base," gaining early access to reservations. These drag brunches are being held at Taco Bell’s Cantina locations, because they serve alcohol.

According to the New York Times, all of the reservations to this event, more than 550, were taken up by this exclusive rewards group.

"We understand the importance of creating safe spaces for the LGBTQIA+ community and are thrilled to provide a unique experience that spotlights and celebrates the wonderful artform of drag and its influence in culture with their chosen families," said Sean Tresvant, Global Chief Brand Officer at Taco Bell.

"Taco Bell Drag Brunch was concepted by Live Más Pride, Taco Bell’s LGBTQIA+ Employee Resource Group, which has played a major role in driving awareness of and meaningfully supporting LGBTQIA+ communities both within Taco Bell and the communities we serve and operate in," he added.

Robert Fisher, a senior production designer at Taco Bell, told the New York Times that the idea came up within Live Mas Pride, the chain’s LGBTQ employee resource group, last year, with the idea soon after being greenlit by the company’s chief executive Mark King.

Describing the tour’s Chicago stop, New York Times writer Erik Piepenburg wrote: "In the 45-minute show, Kay Sedia sassed the crowd (mostly young, mostly white) and danced with her fellow performers: the drag king Tenderoni and the queens Miss Toto and Aunty Chan, who tore it up as a hard-pressed Taco Bell cashier in a lip-synced mash-up of 'She Works Hard for the Money' and '9 to 5.' On diners’ tables, a shimmering box held a burrito (sausage, bacon or veggie), a hash brown and Cinnabon Delights doughnut holes. The sound of Taco Bell’s signature 'bong' punctuated a drinking game."

"When it comes to working a corporate drag brunch, that is squarely in drag queens’ wheelhouse," said Harry James Hanson, a co-author of "Legends of Drag." "They are those cultural ambassadors."

Piepenburg argued that these events at Taco Bell have arguably introduced people to drag performances that otherwise wouldn’t have gone to one.

Such is the case of 25-year-old straight father Blake Hundley, who drove three hours from his home in Iowa to attend the second Chicago show. Hundley runs a Taco Bell fan site, LivingMas.com, and eats at Taco Bell three times a week "at a minimum."

Hundley said that he had a great time at the show, and said that he would return to another one if they held more shows.

"My life is about Taco Bell," he said.

Taco Bell’s decision to hold drag brunches follows the wider reach of these performances, including into a number of schools across the country, as well as drag story hours aimed at children.