When pressed on whether she believed that colonists were motivated to found their own nation in order to uphold slavery, Weingarten said that Nikole Hannah-Jones' work didn't say that. It does. 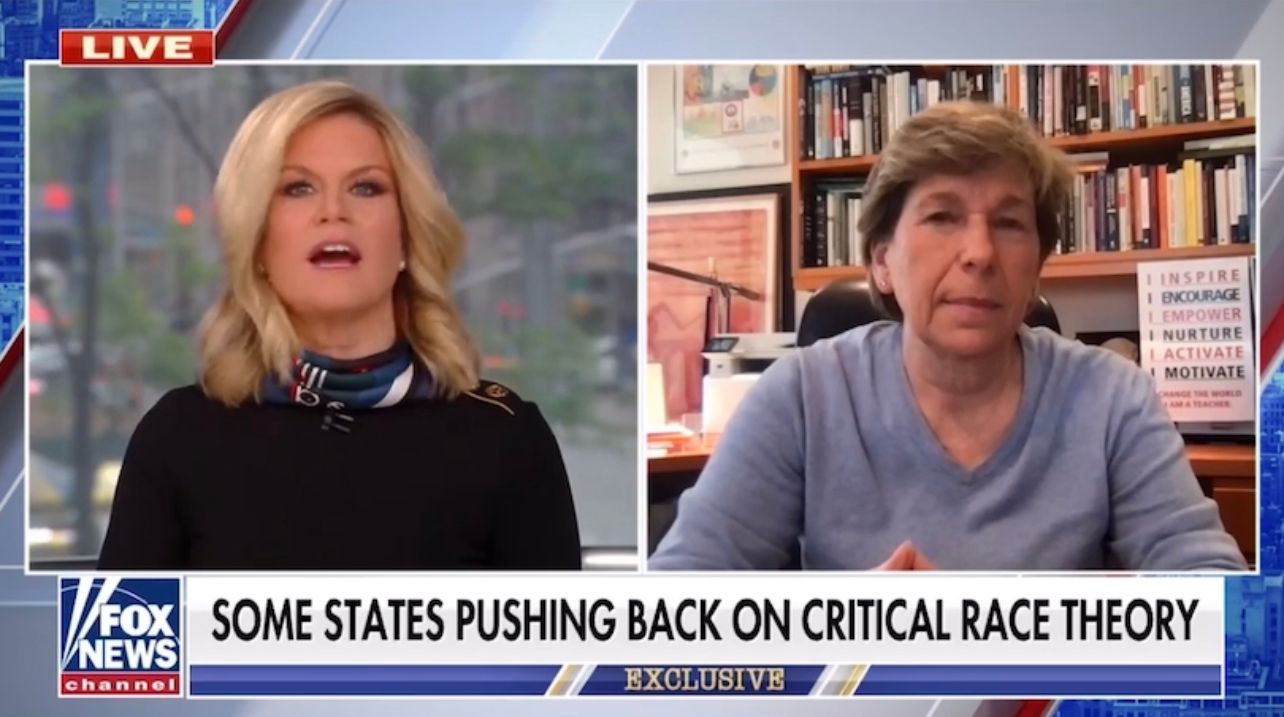 American Federation of Teachers president Randi Weingarten spoke to Fox News' Martha MacCallum and managed to blame Trump for her own failures on school reopenings, and defend the curriculum based in controversial critical race theory.

"Do you believe that 1619 is a factual program?" MacCallum asked Weingarten. Weingarten said, basically, yeah. She told another interviewer this last week.

When pressed on whether she believed that colonists were motivated to found their own nation in order to uphold slavery, Weingarten said that Nikole Hannah-Jones' work didn't say that. It does. Instead, Weingarten said that Fox News should report more on the falsehood of election fraud allegations.

Weingarten said she is in favor of lifting up all ethnicities, and she wanted to "look at people's lived experience." And said that she really hoped "that Fox would look at what happened in this election." MacCallum said she wasn't clear as to why Weingarten is so obsessed with that, or why she thinks social studies teachers should be so concerned with that.

Weingarten defended the teachers' unions using their own fears to keep schools closed and influence CDC guidance on reopening.

"We believe that the conditions have changed now so that everyone can be back in full time, but the bottom line is this, the—I begged the Trump administration to do exactly what the Biden administration did, which is real safety guidance which the former president didn't mock every day, I thought Redfield was really trying to do a good job, and what Biden did, was they did the safety guidance, some of which—"

But again, MacCallum had to give Weingarten's statement a fact check. "A lot of these schools went back already," she pointed out.

"So you're saying, yes, the Trump administration was very aggressive, they wanted to get kids back into classrooms, and one of the reasons they wanted that was because studies were already showing last fall that transmission among children was very low."

MacCallum brought up the studies from international sources showing that kids were not at high risk for either infection or transmission. And it was Dr. Anthony Fauci who has consistently flip-flopped on school reopening.

Private schools, MacCallum noted, have been back in session since September. So have most of the schools that are now being touted as reopened. Schools in many states reopened in the fall and have stayed open.

It is primarily the large school districts run by influential teachers unions that have remained closed or in unsettled, hybrid formats.

Weingarten did the thing that the Biden administration loves to do, which is to blame Trump for literally every problem that schools have faced. MacCallum pointed out that Weingarten's demands are what have kept shifting.

Weingarten and teachers' unions demanded building remediation, curriculum changes, funding for LGBT anti-bullying initiatives, in addition to vast sums for PPE, testing and tracing. None of this, however, was enough to get her to advocate for schools to reopen in the nation's largest school district of New York City.