One scene shows a woman at a sonogram appointment, where she excitedly says "It's a girl!" A woman responds, saying "Well, actually, it's more complicated than that." 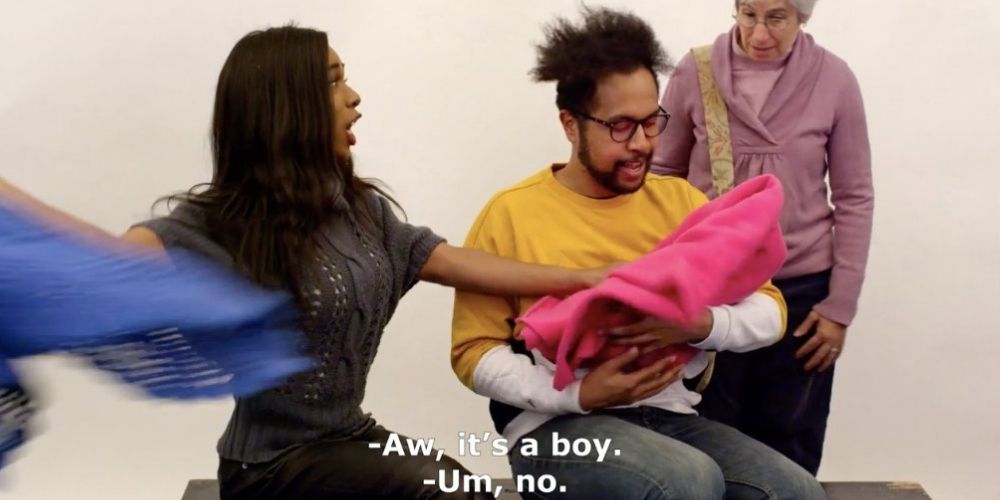 New York City employees are now required to complete an online training session developed by the city that goes into gender expression and sexual harassment.

The training, developed by the New York City Commission on Human Rights, satisfies state and city requirements for mandatory sexual harassment training that was signed into law back in 2019.

Included as part of the city-created training is a video discussing gender and sexuality, screenshots of which were obtained by the Daily Wire's Mairead McArdle.

"We like to define people, right?" A man says, explaining perceptions of gender identity. "So when people are born, society defines them by looking at their reproductive organs and labels them male or female."

One scene shows a woman at a sonogram appointment, where she excitedly says "It's a girl!"

A woman responds, saying "Well, actually, it's more complicated than that."

"I'm a trans woman. I identify as a woman even though when I was born I was assigned something different," Tamara, who identifies as a transgender person, says.

A man holding a baby in a blue blanket says "Aw, it's a boy," to which Tamara responds, "Um, no," and removes the blue blanket to reveal a pink one.

Two people who describe themselves as non-binary go on to state what that means to them.

"For me that means that I don't identify as either a woman or a man," a person who calls themself "C" says.

"And for me that means I don't identify with a gender at all," says Lindsey.

The video describes gender and sexuality as "both part of our identities," yet "completely different categories."

"So don't assume someone's sexuality based on their gender," says one woman.

In one scene, a long-haired biological male sporting a necklace, hair bow, and shawl states that "there's no one way to express masculinity or femininity."

"Let me ask you something. If you're a cis man do you need a plaid shirt? Bulging muscles? To have no room for tears? To love sports? No. This might work for some and not others. Why? Because there's no one way to express masculinity or femininity. That's for you to decide," they say.

"Bottom line, you understand your identity better than anyone else," says a transgender woman.