Lawton was forced to wait in the parking lot as Trudeau held his event. In a twist of fate, the bus carrying Trudeau’s preferred media got stuck. 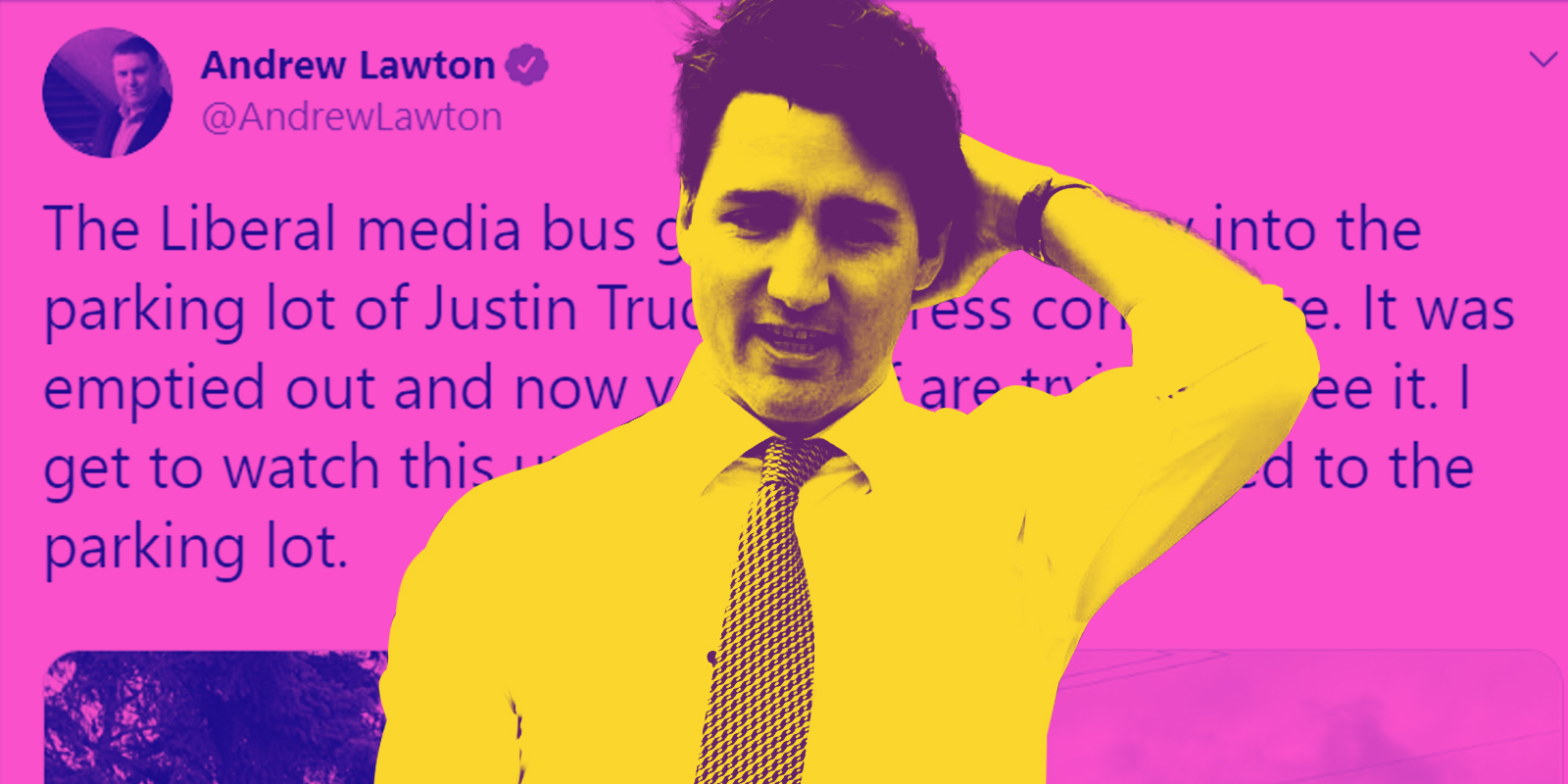 Yesterday (and the day before), we reported that the Liberal campaign was preventing Andrew Lawton from True North from doing his job. On Sunday, they blocked his entry to an event he had RSVP’d for, and then yesterday, they blocked him again, and police detained him and questioned him.

Today, things got more outrageous. Lawton tweeted just moments ago from outside the Liberal campaign event in Burnaby, B.C.: “The Liberals said I can’t cover their event because I’m not accredited. Yet two women from a university—one of whom is an exchange student, not a journalist (by her admission)—were accredited on the spot by showing on a cellphone an article written by the other one.

So, to recap: unaccredited, random university students are being allowed to attend a Liberal campaign event as long as they pull up an article on a smartphone to establish “accreditation,” but a well-respected, veteran journalist is barred at the door.

The Post Millennial spoke to Lawton who detailed the bizarre situation:  “These people are just making up the rules as they go. I was given this elaborate rationale for my ban about the sanctity of accreditation, and the need to differentiate bloggers from accredited journalists. Yet right in front of me, two women who weren’t even from a media outlet were accredited on the spot by showing an article one had written, on a smartphone.”

Lawton was forced to wait in the parking lot as Trudeau held his event. In a twist of fate, the bus carrying Trudeau’s preferred, establishment media got stuck, and at the time of publication, has not budged.