The former President blasted President Joe Biden for his disasterous policies and was equally heated when talking about the Senate minority leader. 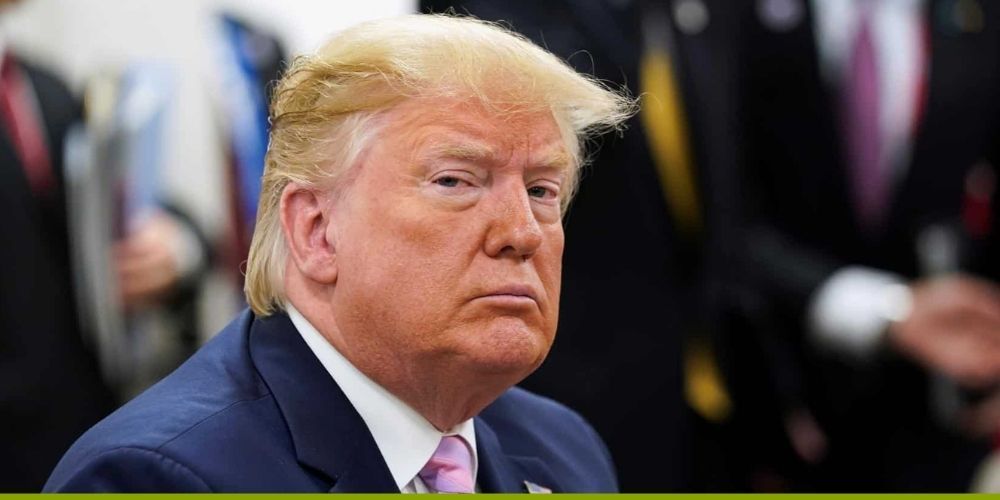 Former President Donald Trump said during an interview with Sean Hannity on Fox News Thursday night that the US is at a breaking point. The former President blasted President Joe Biden for his disasterous policies and was equally heated when talking about the Senate minority leader.

Trump took aim at the announcement by the Department of Justice that parents showing up at school board meetings to advocate against critical race theory, mask mandates and sub-standard schools would be investigated as "domestic terrorists."

"The country can't take much more of it, they can't do it," Trump said. "Those school parents -- those are parents that love their country and they love their children. And they don't want all of this nonsense that's being fed to their children. They just don't want it. And, you know, they are trying to make them out to be terrorists."

Trump had harsh words for Senate Minority Leader Mitch McConnell (R-KY), accusing him of giving Democrats "a lifeline" and handed the Democrats more "time now to figure out what to do"after Senate lawmakers announced an agreement on a short-term extension of the nation's debt limit.

"They were in a real big bind. They wouldn't have been able to do anything," Trump said. "He had the weapon, and he was unable to use it."

Trump also called Biden's withdrawal from Afghanistan "the single most embarrassing thing to happen to our country, maybe in its history."

He also said that Russia and China would be able to utilize the billions of dollars worth of US military equipment Biden left behind to the Taliban. Trump said, "It looked like a total surrender."

Hannity asked Trump about President Joe Biden’s ongoing border crisis during which hundreds of thousands of illegal aliens have entered the US.

Trump said, "All they (had) to do was leave (the border) alone. The wall was almost complete… [and] one thing you didn’t see was drugs. Drugs were at their lowest point, in particular Fentanyl, which is a brutal drug. It was stopped, it was at a level we had not seen in a long time."

"Now it’s coming in at levels that we have never seen: Three, four, five times more than we ever had coming in… There’s something wrong," Trump added. "You wouldn’t believe you could even say this, but somebody doesn’t love our country."

"When they allow this to happen to our country, we have hundreds of thousands of people pouring in every two weeks."

Trump said that Central American countries are "emptying their prisons into the United States."