WATCH: Tulsi to Biden: 'let our troops get back home'

Ex-presidential candidate Tulsi Gabbard was talking about the unprecedented militarization of Washington DC on the program "Watter's World" on Fox News. 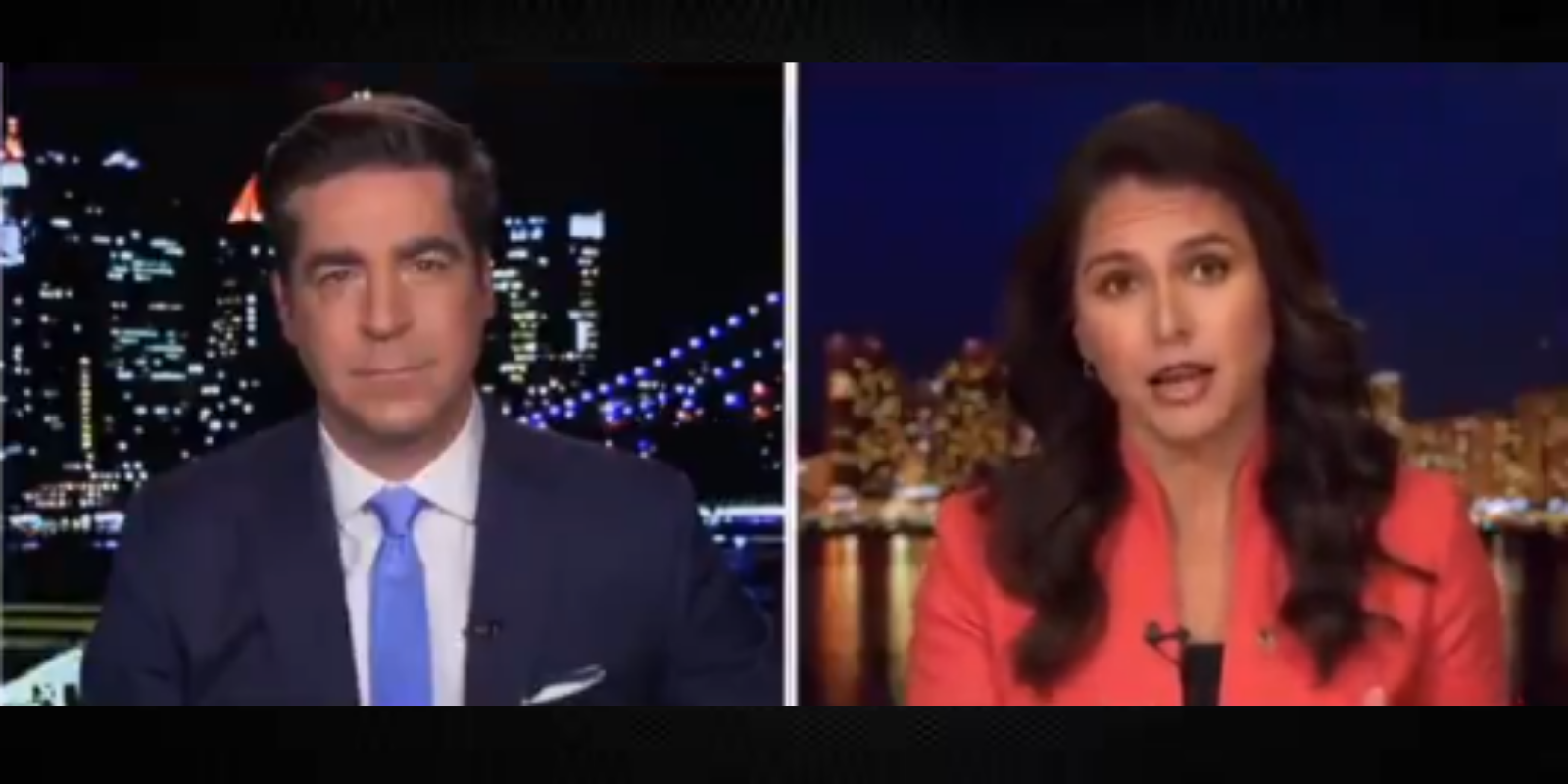 Ex-presidential candidate Tulsi Gabbard was talking about the unprecedented militarization of Washington DC on the program "Watter's World" on Fox News.

Host Jesse Bailey Watters asked Gabbard, "did they really need to be there in that large a number?" referring to the National Guard troops that often had nowhere to sleep, sit or use the bathroom for hours.

"It made me so angry to see all of these different images coming from National Guard soldiers really posting the reality of the situation that they were in, being shoved into a parking garage that's freezing cold, all strewn about, lying on the ground, really being discarded as if they didn't matter."

".... National Guard soldiers, some of whom I've served with, 200 came from Hawaii, went to Washington DC, answered the call to serve like everybody else."

"Twenty-five thousand is a lot of boots on the ground," commented Watters.

"Unfortunately, I've seen this happen as well in some of my deployments. I've seen it too many times where we have troops deployed, lives on the line, in danger, and then politicians drop in for a few hours, take a picture, smile, shake a few hands."

"... Why are troops deployed overseas? Are we taking care of them when they come home, and are we honoring the great service and sacrifice that they and their family members are providing to our country?"