"Is the president going to remove an African American woman with decades of experience in the foreign service who's widely respected around the world from her position as ambassador to the UN? He is not." 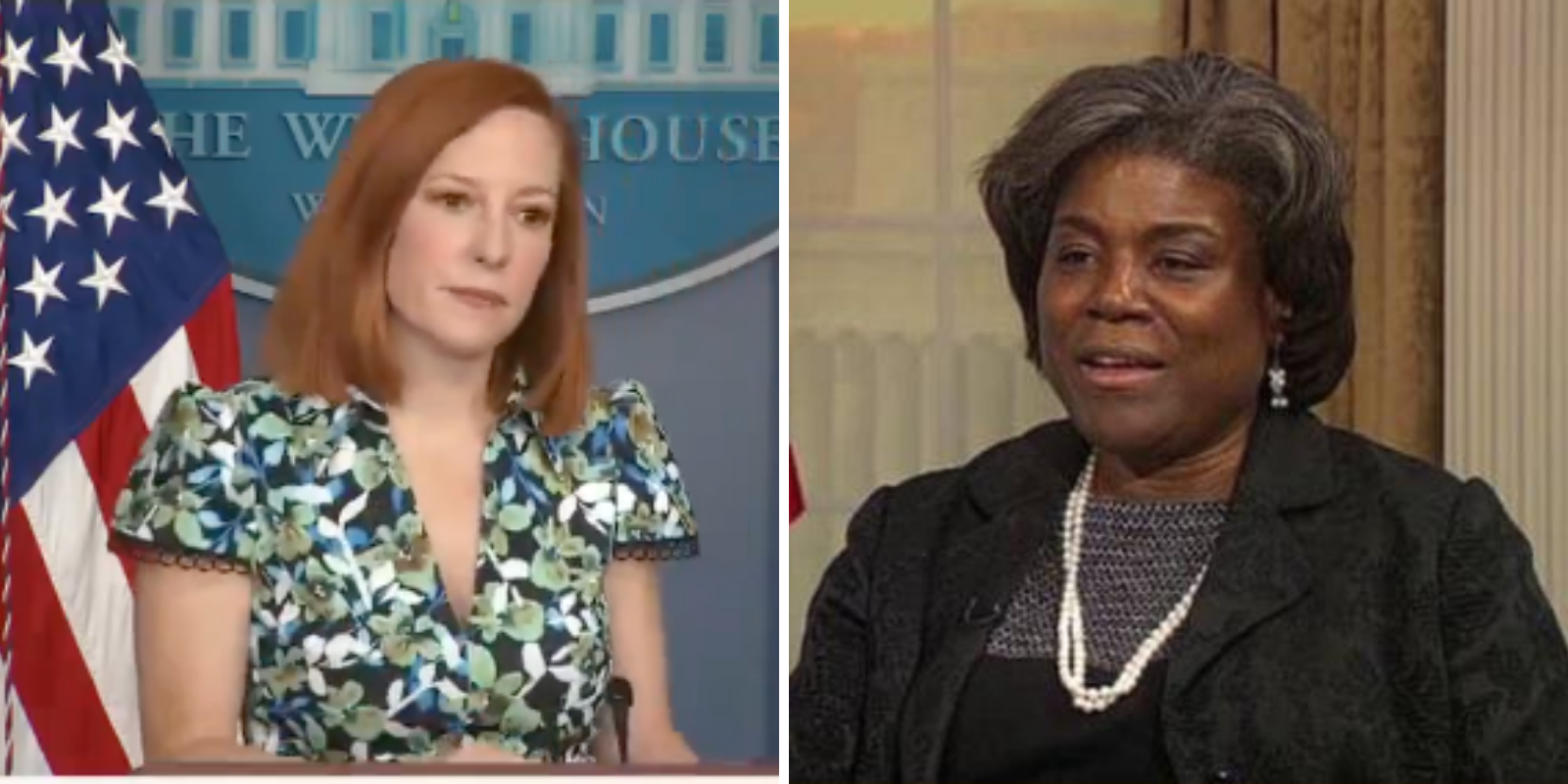 In a press briefing Friday, White House Press Secretary Jen Psaki was asked by reporters about a comment made by UN Ambassador for the United States Linda Thomas-Greenfield earlier this week that said US founding principles were "woven with white supremacy."

"The UU Ambassador to the UN Linda Thomas-Greenfield, talking to a group on Wednesday, said that white supremacy is woven into our founding documents and principals. This statement is getting widely criticized as essentially parroting Chinese communist party talking points. So is the President going to remove her from her position as the representative before that body to promote United States values?" a reporter asked Psaki.

"Is the president going to remove an African American woman with decades of experience in the foreign service who's widely respected around the world from her position as ambassador to the UN?" Psaki shot back at the reporter. "He is not."

"He is proud to have her in that position," Psaki continued. "She is not only qualified, he believed she is  exactly the right person in that role at this moment in time."

Despite not having seen her comments, Psaki appeared to agree with Thomas-Greenfield's statement.

"I have not seen her comments, I will say that there's no question that there has been a history of institutional racism in this country and that doesn't require the UN ambassador to confirm that."

"Does the president think our founding documents are racist?" asked the reporter.

"I would say that I will leave my comments to speak for themselves and certainly I think most people recognize the history of systemic racism in our country and she was speaking to that," Psaki said seemingly dodging the question.

In a statement released Wednesday, Thomas-Greenfield said "When we raise issues of equity and justice at the global scale we have to approach them with humility... We have to acknowledge that we are an imperfect union and have been since the beginning and every day we strive to make ourselves more perfect."

Thomas-Greenfield also spoke to her past experiences with racism and how she has seen "how the original sin of slavery weaved white supremacy into our founding documents and principles."