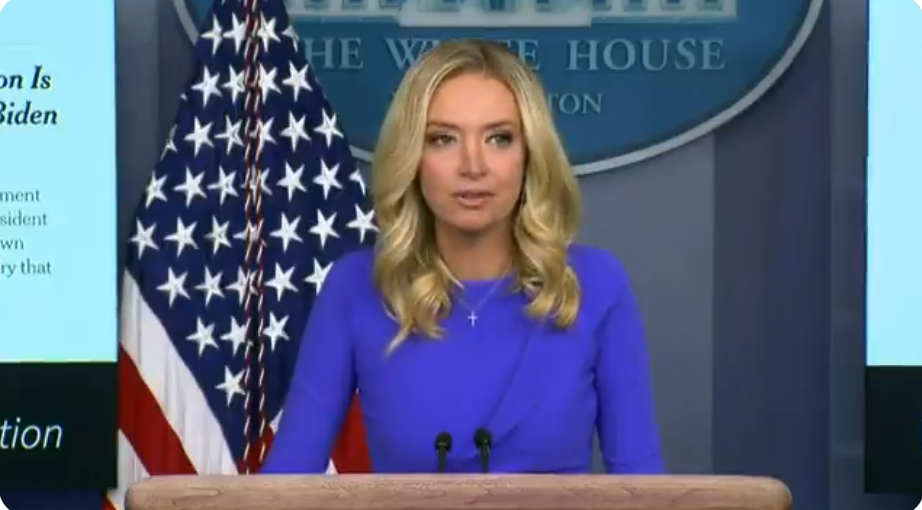 Speaking to the press on Tuesday, Press Secretary Kayleigh McEnany slammed mainstream media for their refusal to cover Democrat scandals such as Rep. Eric Swalwell's liaison with a Chinese spy and Hunter Biden's alleged influence-peddling scheme.

She listed a series of stories that were also not covered by mainstream media, precisely due to their refusal to report on anything that the Trump administration has done well, preferring to harp on false claims such as the Russia collusion hoax.

Trump has established four peace deals in the Middle East that have kept Iran at bay and created safer diplomatic relationships between that nation and her neighbours.

Swalwell had both his feet firmly in the fire of a Chinese espionage scheme while continuing to say that Trump was the one who was colluding with Russia. These claims were false, proven false, and were still bandied about by Democratic haters who were more concerned with smearing Trump than uncovering the truth.

McEnany noted that The New York Times, the paper of record, has still not reported on Swalwell's alleged misdeeds at the hands of his own honeypot, Christine Fang, who infiltrated his office.

It wasn't only the Times, but mainstream media television networks that covered up the Swalwell story by nearly omitting it altogether. These outlets hid the Hunter Biden stories, too, prior to the election, but now those papers and networks are full to the brim with articles on the specter of his misdeeds as the Biden administration takes office.

McEnany congratulated those who continued to provide coverage of those topics that the mainstream media declined to coverage for their own partisan ends.

As she left the stage a reporter called after her "Isn't it hypocritical for you to accuse others of disinformation when you spread it every day?"

McEnany did not reply to the troll disguised as a journalist.