White House press secretary Jen Psaki said that the "goal" of the Biden administration is to open schools "five days a week," but offered no clear plan to get there. 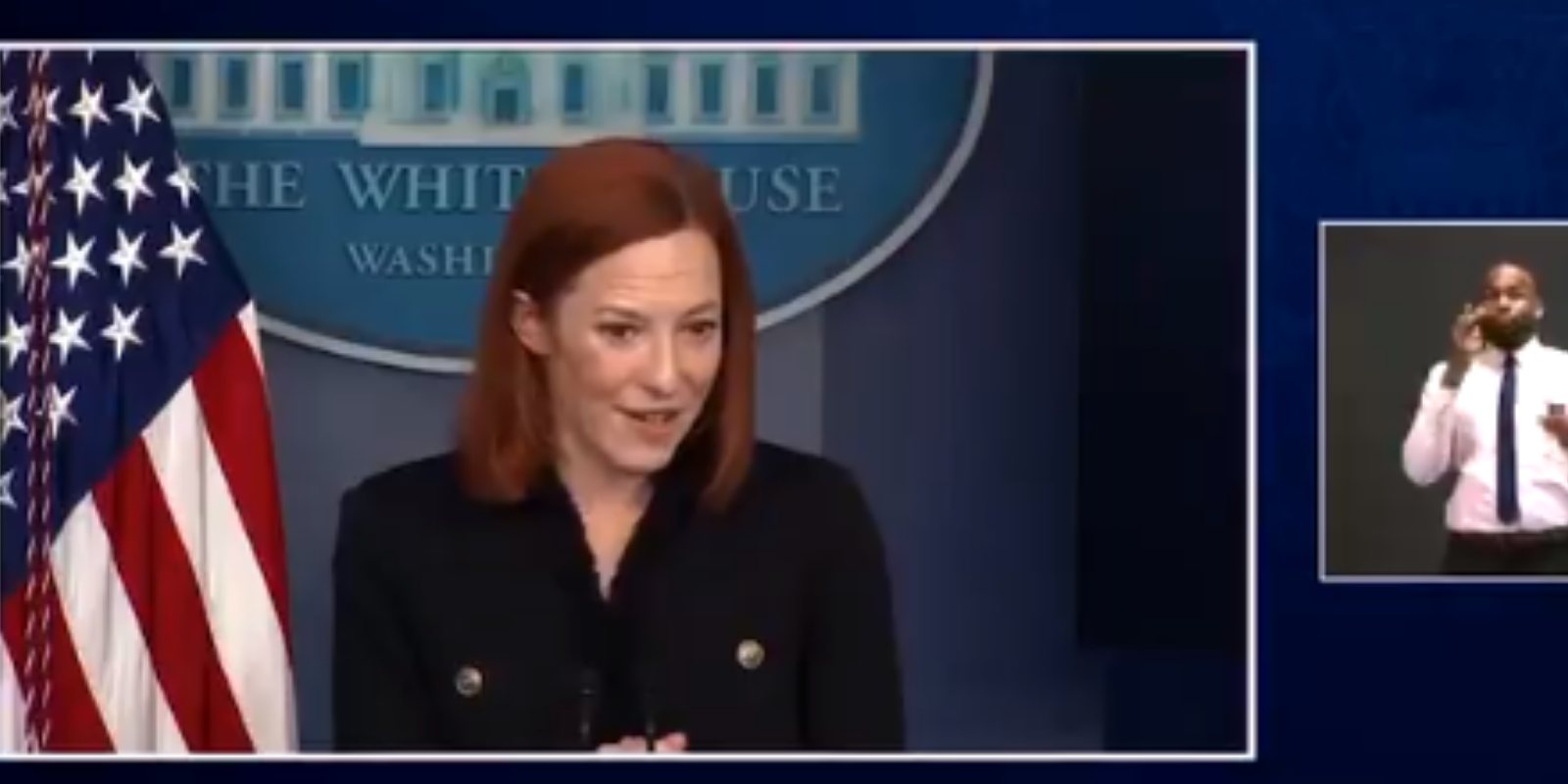 At a Thursday press conference, White House press secretary Jen Psaki said that the "goal" of the Biden administration is to open schools "five days a week," but offered no clear plan to get there.

A reporter asked Psaki, "Can you explain to American parents that just one day a week of in-person school, does that count as schools being open? Why should they be satisfied with that?"

"They shouldn't be. I wouldn't be as a parent. And I am a parent, I should say, I have two young kids. And I know many of you have kids as well.

"The President wants schools to open safely and in accordance with science, and we are going to listen to science and medical experts. The CDC guidelines, we expect them to come out tomorrow," she said.

"We are eager to hear more about the clear science-based guidelines for opening schools and how we can do that safely, and how we can keep them open. The president will not rest until every school is open five days a week. That is our goal. That is what we want to achieve.

"But we are going to, we look forward to seeing and hearing the CDC guidelines to gain a better understanding of what steps that will entail or should entail. The president's role of course is to ensure that across government we are listening to those guidelines, we are leaning into science, we are letting the science and medical experts lead.

On Wednesday, Psaki said "Sure, his goal that he set is to have the majority of schools, so more than 50 percent, open by day 100 of his presidency. And that means some teaching in classrooms. So at least one a day week, hopefully it's more! And obviously it is as much as is safe in each school and local district."

"Teaching at least one day a week in the majority of schools by day 100," Psaki said.

"So that's in person teaching," the reporter asked.

Biden ran on a campaign promise of getting schools open within his first 100 days. If kids are treated to one day of in-person learning per week, that means that schools would be open only 20 percent, and not fully, which is what many parents were expecting. Many schools are already open at least one day per week, with some notable exceptions, like Chicago and Los Angeles.

Biden's plan to get schools open comes with a hefty $175 billion price tag, which he has put into his $1.9 trillion relief bill ask, under the American Rescue Plan.