WATCH: White House walks back Biden's claim 'pandemic is over'

Press Secretary Karine Jean-Pierre said Biden said the pandemic was over while he was at a car show "looking around." 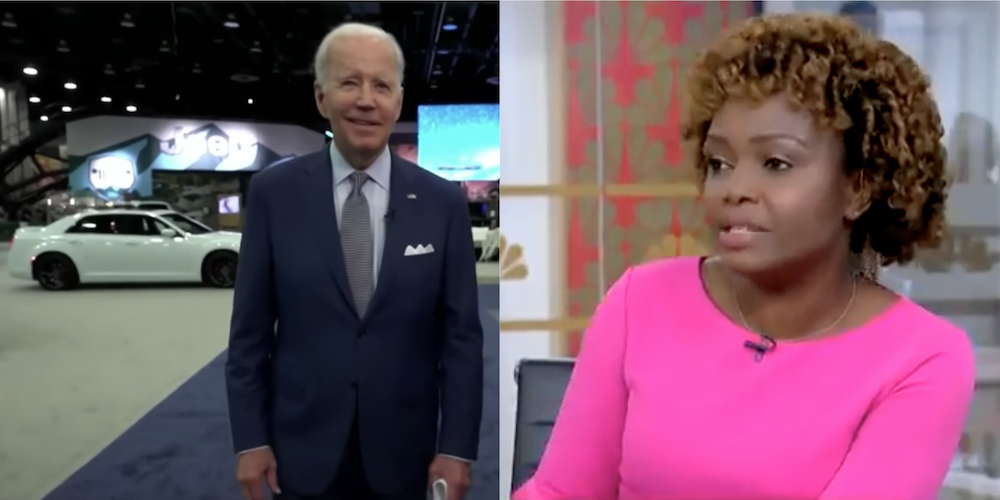 Jarryd Jaeger Vancouver, BC
Sep 21, 2022 minute read
ADVERTISEMENT
ADVERTISEMENT
On Sunday, President Joe Biden’s first sit down interview in seven months was broadcast to the country via CBS. In it, he made a number of statements, many of which were later walked back by his administration, however the claim that garnered the most attention was his declaration that the pandemic was over.

Speaking with MSNBC on Wednesday, Press Secretary Karine Jean-Pierre urged people to look at the context of Biden’s comment, suggesting he said it because he had been walking around the Detroit Car Show and “looking around.”

The guest-host for MSNBC’s Morning Joe highlighted the fact that there has been “quite a bit of pushback” to the claim Biden made during the 60 Minutes interview, and asked Jean-Pierre where he currently stands on the issue.

“So, just to step back for a second,” Jean-Pierre replied, “what we saw during that interview … when he made those comments, he was walking through the Detroit Car Show … and he was looking around.”

She pointed out that the last time the car show had been held in person was three years ago, adding that the United Nations General Assembly, at which Biden is slated to speak, was also last held pre-pandemic. “So we are in a different time,” Jean-Pierre continued, adding that Biden has been “very consistent about that.”

She noted that the pandemic is “more manageable,” and “not as disruptive” as it once was, suggesting that it was the Biden administration that helped make it so, but added that the president still acknowledges the need to keep the pressure on to ensure Covid doesn’t reverse course and become and issue again.

During the 60 Minutes interview, host Scott Pelley asked Biden as they were walking through the halls of the car show whether the fact the event was on was an indication that the pandemic was over.

"The pandemic is over," Biden replied. "We still have a problem with Covid. We're still doing a lotta work on it. It's—but the pandemic is over. if you notice, no one's wearing masks. Everybody seems to be in pretty good shape. And so I think it's changing. And I think this is a perfect example of it."