WATCH: Wife of pastor imprisoned for lockdown violations tells Tucker Carlson Canada is not the same country she grew up in 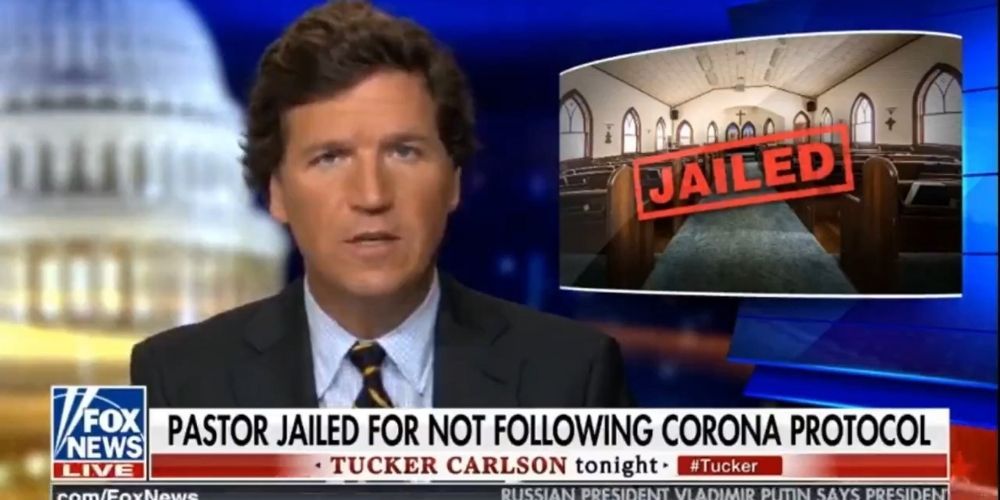 Coates told Tucker that her husband James, who was jailed in Canada for not following COVID-19 guidelines, has been mistreated by the Canadian government, for operating a Church during a pandemic.

When Tucker was talking to Coates about her husband's imprisonment, she responded with "I don't know how he is doing to be honest."

Coates went on to say "I was born in this country, But I don't recognize it like I did growing up."

Pastor James Coates was jailed for a non-punishable crime, and has been in jail for over two weeks, only being allowed out two times a day in 15 minute intervals.

Before the airing of Tucker's segment on Tuesday, MP Derek Sloan released a statement on Twitter reading, "Huge win for Canadian freedom! Pastor James Coates will be released from prison, without conditions, and most of the charges against him have been dropped. The Justice Centre will challenge the remaining charge in Court in May."