A group of woke people were laughing and mocking a group of veterans assembled to protest the removal of a statue of Sir John A. Macdonald from a Kingston park on Friday. 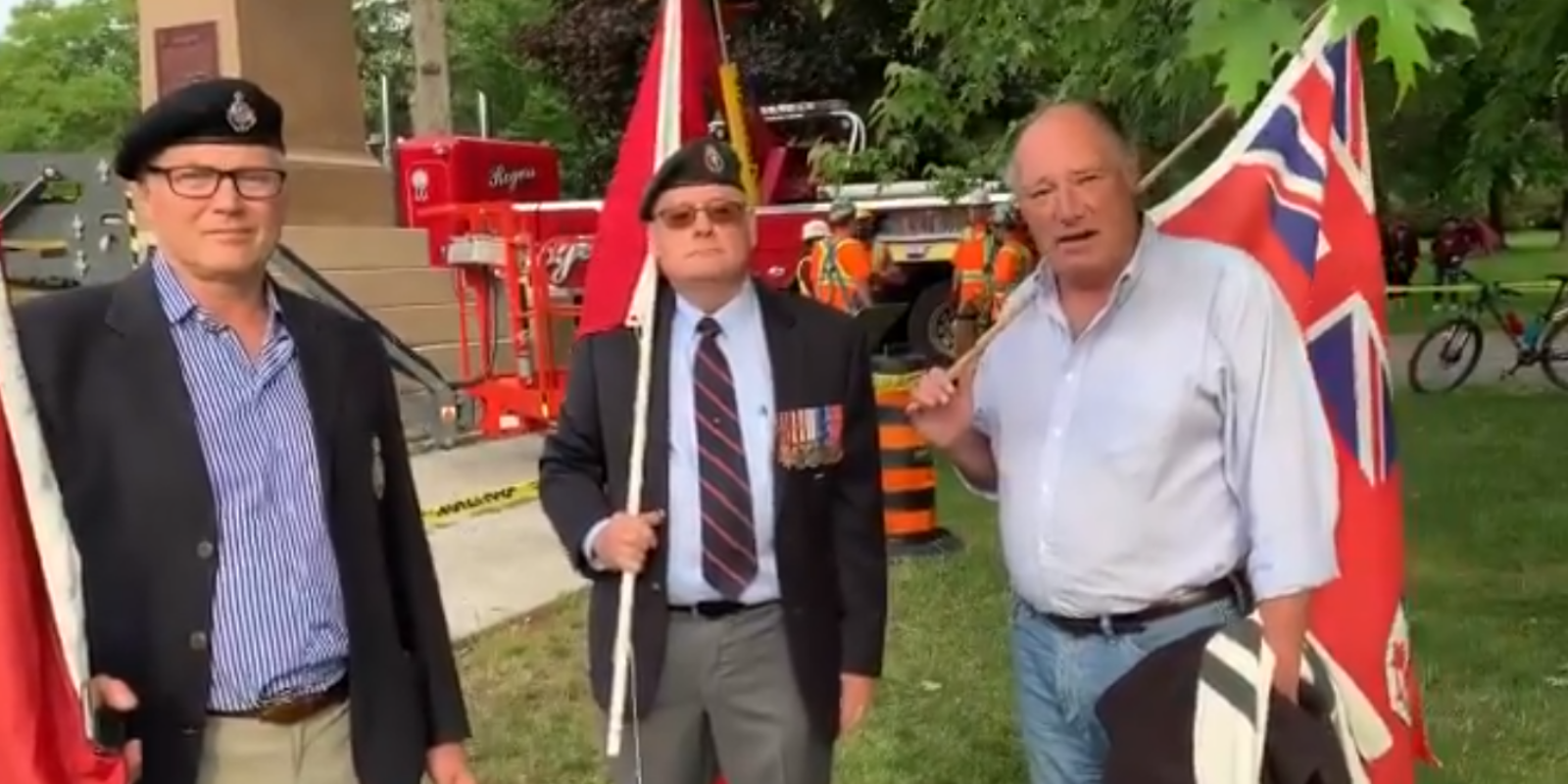 A group of woke people were laughing and mocking a group of veterans assembled to protest the removal of a statue of Sir John A. Macdonald from a Kingston park on Friday.

Over the laughter, Major Gord Ohlke, a Canadian veteran, could be heard saying:

"It's an act of vandalism, it's a soft act of terrorism. The city council caved to a vague threat."

"They were told 'if you don't do what we want, a gang like happened in Montreal and Toronto may turn up here.'"

"They caved - a bunch of craven cowards. That’s our city council."

"This is the triumph of woke activism against democracy. Global News put out a pool yesterday that 92 percent of people want to keep the statue."

Female voices can be heard mocking people, also getting the number wrong at this point, saying "ninety percent?"

"Ninety-two percent; that's what Global found," the man corrected her.

"City council got this wrong, monumentally, figuratively and literally," chimed in a third veteran:

Kingston ON City Council member Jeff McLaren, the only person on the council to vote against the statues removal, said as the statue was being taken away behind him:

"I am fearful. When you start to define people along lines that are [conflictive] or adversarial, that's not helpful for reconciliation."

"What we need are causes that actually make the world a better place, and I don't see that happening here."