We need diversity of choice in tech

If consumers decide to explore options and snap out of their habitual ways, we might just be able to break up the big tech monopolies ourselves, simply by making better choices. 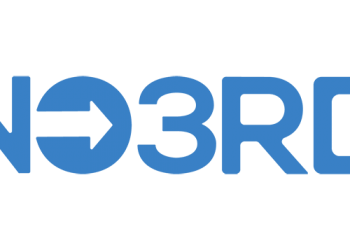 From the Patreon censorship scandal, to the heavy political bias of Twitter, to Facebook’s complete control on how we process news, it’s clear that the big tech monopolies are not healthy for a functioning society. It’s also clear that we currently do not yet have an effective way to address this problem.

American politicians from both sides of the aisle have boldly spoke out about how these monopolies must be stopped. Democrat Elizabeth Warren says that big tech companies must be broken up in order to “restore the balance of power in our democracy, to promote competition, and to ensure that the next generation of technology innovation is as vibrant as the last.”

Republican Ted Cruz agrees, stating that big tech’s predilection for censorship is “a serious threat to our democracy.” Think about it: If two such completely ideologically opposed political rivals can come to a consensus on the danger of monopolistic companies on North American society, then perhaps it’s time to act.

I recently took a trip to New York City. Upon arrival, I downloaded three apps: Uber, Lyft, and Juno. During the week of my stay, I used all three. When I was in Brooklyn, I compared prices and Lyft’s shared ride option was two dollars cheaper than Uber’s. When I needed a quick pick up to get back to the airport, Juno turned out to be faster. See how that works? Competition. And it’s healthy!

It got me thinking: who is competing with the monsters of big tech right now? Patreon now has direct competitors in the form of SubscribeStar and the soon-to-be-released alternative developed by Jordan Peterson and Dave Rubin, because of the will of the people and the importance of free speech. This is a great start, but what about the really big boys? What about Amazon?

According to Recode, there is an “Amazon revolt” brewing. Proprietary brands are being shafted as Amazon tightens its grip on retail monopoly. As Recode puts it, “Amazon is telling these brands that they can no longer sell directly to customers as an independent seller on the Amazon platform.” Instead, third party brands and Amazon’s own knock off products are capitalizing as the original brands get choked out of the process.

While we all await the inevitable Amazon takedown, the need for viable alternatives has never been greater. One possible alternative is a recent Montreal startup called No3rd. Specializing in electronics and appliances, No3rd does away with the middlemen that game the Amazon system and make it hard for consumers and manufacturers to connect with one another.

No3rd is built on the kind of no-nonsense business model that could legitimately compete with Amazon, if Amazon wasn’t taking up so much space. Our prediction is that innovative new platforms like this will start to slowly chip away at the marketplace and establish trust with consumers–something that is severely lacking in the Amazon customer experience right now.

We spend a lot of time talking about diversity in our culture, but we don’t spend enough time talking about diversity in our marketplaces. As new apps and websites emerge, we should take the opportunity to appreciate the diversity of approach and options the new, innovative tech startups can provide. If consumers decide to explore options and snap out of their habitual ways, we might just be able to break up the big tech monopolies ourselves simply by making better choices.