When the gender-rights movement first got under way, their activists depended on society's commitment to free speech and conscience rights at a time when their own demands were unpopular. 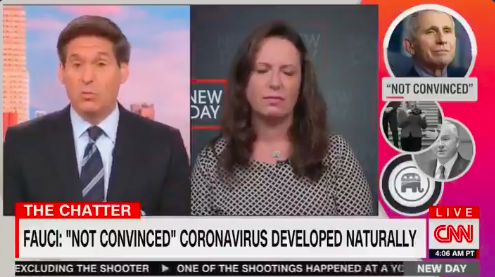 Jack Phillips, the owner of Masterpiece Cakeshop, is a Colorado baker who would have been happy to bask in local recognition for the cakes he created, but instead became internationally famous for being—ahem—"batter"-ed by LGBT activists for the cakes he refused to create.

In 2012, Phillips refused to make a wedding cake for a same-sex couple's wedding on the grounds that he could not be complicit in celebrating a union that that contradicted his Christian beliefs. Which is not to say Phillips discriminated against anyone of any sexuality or gender expression in general service for birthdays, anniversaries and the like.  (Phillips doesn't do Halloween-themed cakes either, for example, also on grounds of religious belief; so it's not a "gay" issue for him.)

The couple, Charlie Craig and David Mullins, sued him for violating the state's anti-discrimination law and won at the state level—first through an administrative judge's ruling in 2013 and then by an endorsement of the ruling Colorado Civil Rights Division in 2014 and again by a state appeals court in 2015.

In 2018, however, the US Supreme Court set aside the Colorado victories, noting that the Commission had shown "clear and impermissible hostility" to Phillips' Christian beliefs. The Supreme Court ruled narrowly on the first amendment: that artistic freedom for Phillips trumped the gay couple's right to have Jack Phillips's shop in particular make their particular wedding cake, without getting into the larger issue the couple had been trying to force: whether a business can refuse to serve gays and lesbians.

That the Supreme Court even agreed to hear the case did not sit well with LGBT. Round two came in the form of a demand by a transwoman, Autumn Scardina, for a cake to celebrate her transition—to be blue on the outside, pink on the inside. Phillips declined, predictably, and in mid-June the legal game to ruin Jack Phillips' life was afoot once more. A Denver district court judge ruled against him, explaining that "the refusal to provide the bakery item is inextricably intertwined with the refusal to recognize Ms. Scardina as a woman." This case too may end up at the Supreme Court.

In his June 21 commentary on this story, Wall Street Journal columnist William McGurn deplored the anti-democratic impulse of fundamentalist ideologues in the culture wars. They have been the victors in the gender wars themselves, so why can't they "live and let live?"  McGurn cites the wise words of Andrew Sullivan, a conservative gay journalist who for years campaigned vigorously for the right to gay marriage, taken from a 2017 article on the cake affair in New York Magazine:

"And so, if there are alternative solutions, like finding another baker, why force the point? Why take up arms to coerce someone when you can easily let him be—and still celebrate your wedding? That is particularly the case when much of the argument for marriage equality was that it would not force anyone outside that marriage to approve or disapprove of it. One reason we won that debate is because many straight people simply said to themselves, 'How does someone else's marriage affect me?' And decided on those grounds to support or acquiesce to such a deep social change. It seems grotesquely disingenuous now for the marriage-equality movement to bait and switch on that core 'live and let live' argument. And it seems deeply insensitive and intolerant to force the clear losers in a culture war into not just defeat but personal humiliation."

These are the rational—and compassionate—thoughts of a rational man. Most non-ideologues would agree with him. Why not simply choose one of the hundreds of other bakeries in the region that would be more than happy to bake a gay wedding cake? But ideologues do not think rationally or pluralistically. For them the personal is always the political. How will the perfect society, whose contours have been revealed to them—shimmering in the mid-distance, tantalizingly beautiful but just out of reach because of these stubborn dissenters—come about if dissenters are free to set out their retrograde and anti-social wares in an unpoliced marketplace of ideas?

Craig and Mullins, and now Sardinia, cannot live and let live, because the very words signify the validity of a private, apolitical life. They see life through the lens of social justice theory and queer theory and critical race theory, according to which there are only two modes of being in relation to race and gender rights: If you are not actively anti-racist, you are racist. If you are not an active ally of LGBT, you are homophobic or transphobic. Non-racism is not an option; nor is non-transphobia. Contradiction of dogma is violence. So too is silence. Nobody has the right any more to simply cultivate his or her garden. Nobody has the right to be "left alone."

Because they demand the widest possible interpretation of free speech short of incitement to violence, classic liberals hold themselves to a high standard of logical consistency. So rational liberals like Sullivan naively tend to believe they can shame progressive bullies through appeals to logical consistency. They'll assume an unbeatable argument goes like this: Consider how you would feel if you were a baker, and someone requested a cake with "white lives matter" or "sex is immutable" on it. How would you feel if a court forced you to bake it or pay out some ruinous fine?

But they can't be shamed, because neither logic nor intellectual consistency is present in their polemical toolbox. They'll tell you that since these assertions are clearly hateful, signifying white supremacism and transphobia, not only would they have no obligation to bake the cake,  but on the contrary, the person requesting such complicity in the dissemination of these thoughtcrimes is the one who should be punished. You won't win any such argument with these Grand Inquisitors.

As a conservative, Phillips does believe in living and letting lives. He won't bake the wedding cake, but he does not condemn or take steps from preventing other bakers from doing so. Of course, as a Christian, he is easy prey for these gender warriors, who did not choose his cake shop by chance.

It would be refreshing if, just once, these cowardly gender warriors would pick on an observant Muslim baker or florist or tee-shirt maker to badger with a demand they know will be refused. But they never will. For one thing, that would muddy the intersectional waters. Their performance might be perceived as Islamophobic. Besides, in harassing a white Christian, these cowards knew what they'd get: Their request was Kabuki theatre, but—a product of Christian culture themselves—they correctly anticipated Phillips' refusal would be gracious and unthreatening. A baker from Gaza might not have been quite so meek and mild in his refusal. Awkward!

When the gender-rights movement first got under way, their activists depended on society's commitment to free speech and conscience rights at a time when their own demands were unpopular. They needed those freedoms to make their case and persuade others that discrimination against them was unfair. Well, they did persuade people, and their rights became entrenched. Now that their beliefs are the received wisdom, they're happy to pull the ladder of freedom up behind them to ensure they retain their social and cultural hegemony.

But what is the use of power if you can't use it to take revenge on those from whom you had to wrest it? Hence the harassment and attempted humiliation of Jack Phillips. Pour encourager les autres. To let other conservative small business people, especially Christians, understand what will happen to them if they dare to exercise their democratic rights to state beliefs that arouse the instinct for, in influential Marxist Herbert Marcuse's famous phrase, "repressive tolerance" in this not so brave, and totalitarian-leaning new world.