If some patients whose consciousness was thought to be irretrievably lost can return from that great unknowing beyond, is it ever proper to withhold or withdraw care? 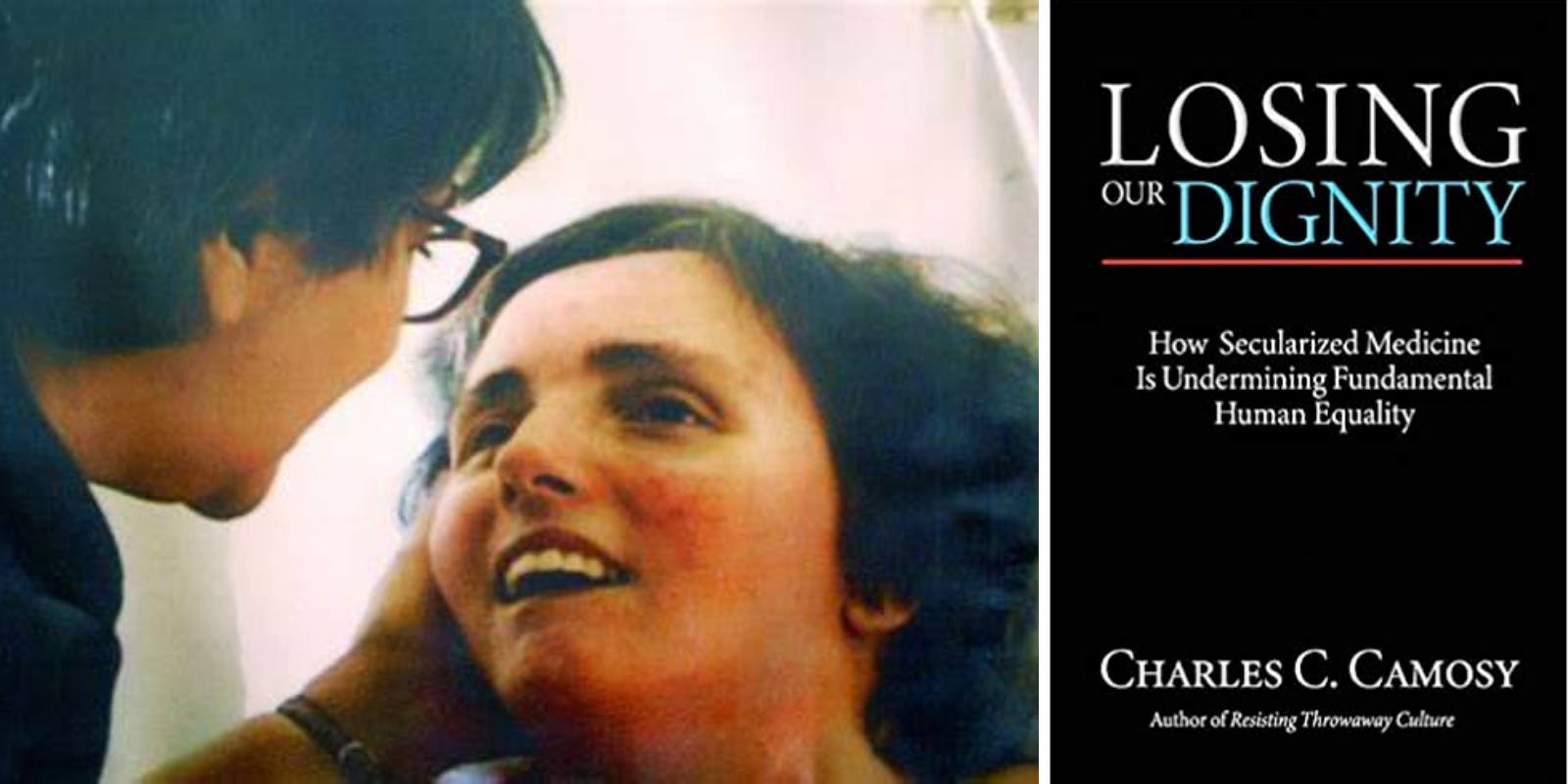 This is an excerpt from Charles C. Comosy's new book, "Losing Our Dignity: How Secularized Medicine is Undermining Fundamental Human Equality." Order the book now.

The debate over Terri Schiavo's life, though it continues today (most often as a case study in college ethics courses), reached its crescendo about fifteen years ago. In the world of bioethics and technology this is an epoch. To understand the enormity of the changes since 2005, we need to go even further back to how injuries like the one Terri sustained had been understood previously.

Arguably, the most important expert on this topic is Joseph Fins, an attending physician and chief of medical ethics at New York Presbyterian Hospital and Weill Cornell Medical College. In addition to serving the Clinton Administration as a policy advisor and as president of the American Society of Bioethics and Humanities, Fins' research and publications over the last two decades have led his colleagues to recognize him as one of the most eminent scholars of the ethics of brain injury and consciousness disorders. I rely on his research and publications in the section that follows.

Interestingly (especially given the discussion of what one might call "secular religion" in chapter 1), Fins says "the vegetative state has become something of a catechism in North American bioethics." He provocatively claims that our current understanding of the vegetative state became "the moral predicate upon which the legal right to die was established and sustained."

Add to this the mistaken view concerning the "perceived fixity" of the brain of someone deemed to be vegetative, and it is easy to see why certain interventions for such patients, even life-sustaining ones, were almost uniformly resisted. Fins' work over the last several years has demonstrated, however, that this has been a profoundly misguided approach—one which led to "the marginalization of a highly vulnerable population."

Though he says it came as an inconvenient surprise for those "whose views were molded by the strong linkage of brain injury to the establishment of a right to die," we will see in a moment that many patients thought to be in a vegetative state can and do recover. This fact has been officially recognized by the relative clinical organizations—like the American Academy of Neurology, the American College of Rehabilitation Medicine, and the National Institute on Disability, Independent Living and Rehabilitation Research—who, based on a thorough review of new clinical evidence, in September 2018 jointly published new practice guidelines on the care of patients with disorders of consciousness.

Fins notes that the guidelines call for "improved standards of assessment and care, the use of emerging diagnostic and treatment modalities, as well as the prevention of medical complications that can confound diagnosis or adversely affect morbidity and mortality." For our purposes in this chapter, however, perhaps the most important change is that the permanent vegetative state has now been re-designated as the "chronic" vegetative state.

Fins points out that, although "Maggie's" case is particularly dramatic, it is just the latest acknowledgment of the capacity for PVS recovery. In 1994 a distinction was made between a persistent and permanent vegetative state. In 2002 a "minimally conscious state" was distinguished from a vegetative state. In 2006 a study on a patient who was "clinically vegetative on examination" revealed that her brain activated its motor and spatial regions when she was asked to imagine herself playing tennis and then walking in her house.

She was even able to correctly answer yes-or-no questions by imagining one or the other as her response. In his magisterial 2015 book with Cambridge University Press, Rights Come to Mind, Fins tells the detailed stories of several patients thought to be vegetative but who ended up in a very different place. One dramatic example is that of "Maggie," a patient with whom Fins interacted personally. After having a stroke during her senior year at Smith College, she was deemed to be in a vegetative state and would have remained mistakenly diagnosed if not for her neurologist, who discovered that she was trying to communicate by blinking her eye. Studies of Maggie's brain later showed that the "perceived fixity" model must be abandoned. Her brain was rewiring itself.

Fins' work reveals that cases like Maggie's are far from isolated. He cites replicated studies which show that an astonishing forty percent of patients "thought to be vegetative" were "in fact in the minimally conscious state." The review of the clinical evidence leading to the new guidelines mentioned above found that twenty percent of patients thought to be permanently unconscious might regain consciousness. Given these facts, the move to describe a "vegetative state" as "chronic" was a long time coming. Fins rightly notes that, if the US had been in a normal news cycle at the time (that is, not one dominated by presidential politics), the dramatic report from the clinical organization mentioned above would have made headlines—and would have rocked the world of bioethics.

Why does Fins use such dramatic language? Because on his view the perceived fixity of the vegetative state was central to the iconic right-to-die cases, including that of Terri Schiavo. The "key question," he insists, "is whether acknowledging that the vegetative state is not what we thought it was undermines the hard-won right to die." He says that it was "reassuring," historically, to rely on the very clinical judgments which have now been discarded as mistaken.

But now he asks whether what we've learned may "undermine one of the central accomplishments of early bioethics—namely, advancement of patients' and families' dominion over choices about how they live and die?" Harkening back to abortion (which, tellingly, comes up again and again in these debates), Fins compares the abandoned consensus on the fixed nature of the vegetative state to a similarly abandoned consensus on fetal viability. The latter was central to the trimester framework employed in Roe v. Wade, but discrediting it eroded at least some arguments for abortion rights. Could something similar happen to "the hard-won right to die"?

Short answer: not necessarily. Both Fins and I agree that, even in circumstances where there is consciousness, there will be times that life-sustaining treatment can and even should be withdrawn (especially when the patient can communicate wishes for no extraordinary treatment). But the way Fins asks the questions above is quite revealing about what is at stake here. We will return to this when we consider how these patients may be treated in the future. But let us finish this section by giving Fins the last word on what the new findings might mean for how we view the case on which this chapter has focused:

"Recoveries out of the formerly 'permanent' vegetative state will prompt us to revisit the debate over Terri Schiavo, a case that divided her family and the nation. If some patients whose consciousness was thought to be irretrievably lost can return from that great unknowing beyond, is it ever proper to withhold or withdraw care? If we hang on long enough, won't some of these people recover? Without the futility of the permanent vegetative state, of permanent unconsciousness, are we obliged to promote a 'culture of life'?"