"They're taking all necessary steps to ensure that the convoy does not disrupt lawful trade and transportation or interfere with federal government and law enforcement operations," Psaki said. 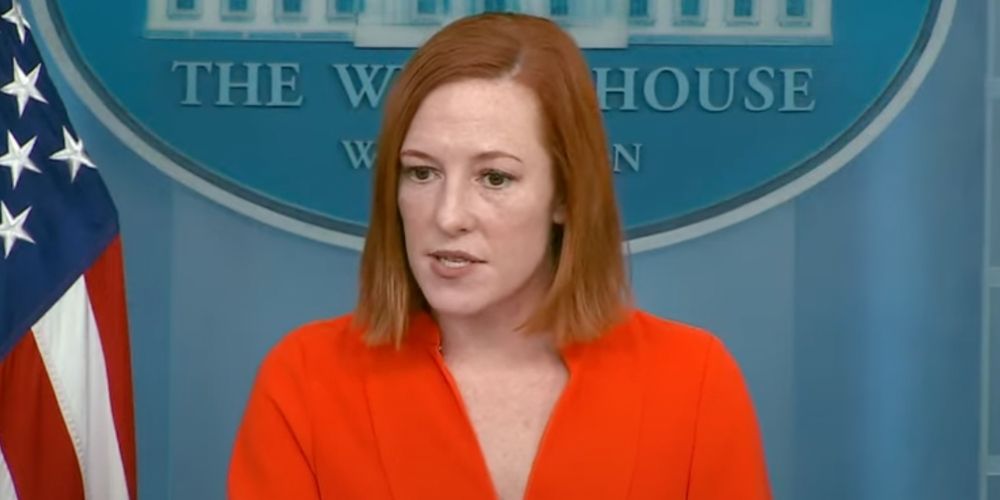 At a White House press conference on Friday, Biden press secretary Jen Psaki was questioned about the possibility of a trucker convoy in the United States mirroring the Freedom Convoy that is still ongoing in Canada.

"You know, we are, of course, on reports of a similar Freedom Convoy, I think you're asking about, right, in DC, event in DC in early March, the Department of Homeland Security obviously put out a statement on this the other night," she said. "They're aware of these reports; they're taking all necessary steps to ensure that the convoy does not disrupt lawful trade and transportation, or interfere with federal government and law enforcement operations," Psaki said.

"On reports that this convoy is causing disruptions at the Super Bowl, the Department of Homeland Security — or could, I should say — the Department of Homeland Security is surging additional staff to its incident command post, their strong cooperation with the California Highway Patrol, the Los Angeles Police Department, and state and local authorities, and the department already has a lead field coordinator and Emergency Operations Center in place as with the standard protocol given this is a large event, the Super Bowl, and they will build on that," Psaki continued.

"There's already 500 DHS personnel providing extensive air and maritime security resources. So we are in both close touch with our Canadian counterparts, also with local officials through our Department of Homeland Security, our Secretary of Transportation is also deeply involved in this and we're working to address this on all fronts," she added.

The Department of Homeland Security said on Wednesday that there is a high possibility of an American version in which truckers from all over the nation would make their way to Washington, DC.

According to Yahoo News, the DHS "has received reports of a convoy of truckers planning to potentially block roads in major metropolitan cities in the United States in protest of, among other things, vaccine mandates for truck drivers."

"The group intends to start in California as early as mid-February," the DHS document notes, adding that it will likely coincide with Super Bowl Sunday, "and travel to Washington, DC, as late as mid-March, reportedly gathering truckers as they travel across the country."

Psaki was also questioned about steps the administration is taking to address the blockade occurring at Ambassador Bridge between Detroit, Michigan, and Windsor, Ontario, Canada.

Psaki said that Biden administration officials have been in touch with their Canadian counterparts, including President Joe Biden, in regards to how to address the blockade and the "challenge it is posing to the supply chain."

"I mean, fundamentally how we view this is that the impact of these protests, while we certainly believe in peaceful protest, is impacting  — has the potential to impact, and this is why we are very focused on this, communities, workers being able to travel back and forth across the bridge who are going to work and they work on different sides of the border, the ability to get food on the table to American families, to get auto parts to manufacturers who are trying to make vehicles," said Psaki.

"So this is — whatever their intended stated purposes, this effort is going to have — has the potential to have a huge impact on workers and the American public," she added.

Psaki said that while Ambassador Bridge remains closed, steps have been taken to reroute traffic to other available border crossings nearby.

"We've also taken steps to help the detour routes so that a number of these trucks can move in different routes and be able to cross the border so for example, while the Windsor-Detroit Ambassador Bridge continues to remain closed, Port Huron is fully operational. Customs and Border Patrol is rerouting traffic to Port Huron where all nine commercial lanes are open. The Detroit-Windsor tunnel is open which is a way that individuals who are trying to work on different sides of the border are able to travel as well," said Psaki.

Psaki also noted that Department of Homeland Security Secretary Alejandro Mayorkas as well as Secretary of Transportation Pete Buttigieg have been deeply involved with local officials.