White House says pandemic is 'root cause' of lawlessness, looting across the US

"I think a root cause in a lot of communities is the pandemic," Psaki responded, "yes." 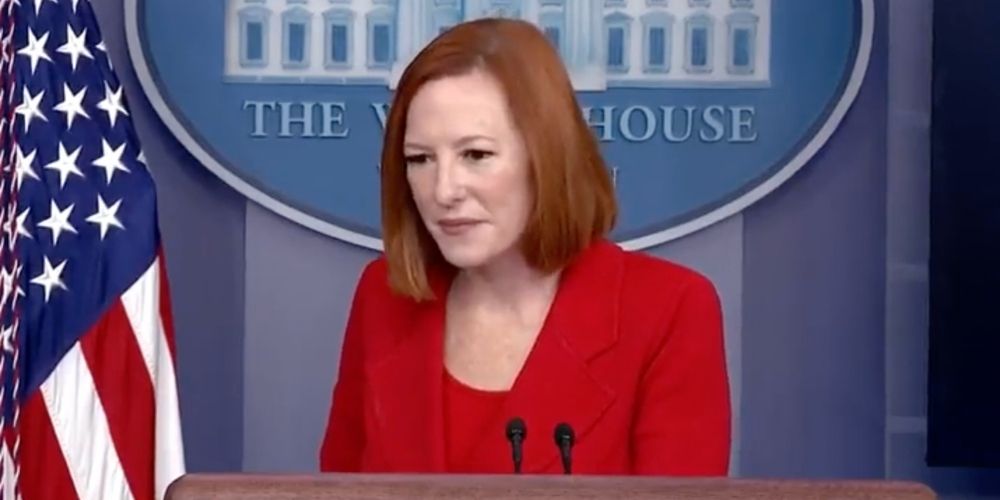 During a White House press conference of Wednesday, press secretary Jen Psaki was questioned about the recent spike in smash-and-grab looting and robberies seen across the country, and what the Biden administration's response is to the climbing rates.

"Big cities are dealing with smash and grab robberies, a record number of police officers have been shot and killed this year. What is President going to do about all this lawlessness?" asked Fox New's Peter Doocy.

Psaki stressed that President Biden has proposed additional funding for police in his budget to get more officers on the streets, and fight rising crime.

"I would say that when the President proposed additional funding in his budget, over the funding that had been proposed by the prior president, to increase in support of local police departments, make sure we keep cops on the beat. And we ensure that local communities are working in partnership to crack down on on crime and any dangers they see in their communities. So that's one of the steps," said Psaki.

"We've also worked with a range of communities across the country on strike forces, as you know, something we've talked about in the past. We're continuing to implement that from the Department of Justice. But the President absolutely believes that community police forces can have an important instrumental effect in helping keep communities safe," she continued.

"Does the president still think that crime is up because of the pandemic?" Doocy asked.

"I think many people have conveyed that and one of the root causes of crime in communities is guns and gun violence. And we've seen that statistically around the country," said Psaki.

"So when a huge group of criminals organizes themselves, they want to go loot a store, a CVS and Nordstrom, a Home Depot until the shelves are clean. You think that's because of the pandemic?" Doocy questioned.

"I think a root cause in a lot of communities is the pandemic," Psaki responded," yes."

Instances of "smash-and-grab" style looting has skyrocketed in the last month, with thieves running into stores, taking as many things as they can carry in a short amount of time.

Earlier in the month, dozens more thieves robbed a Nordstrom in the San Francisco area, armed with crowbars, fleeing in nearby cars.

An Oakland, California smash-and-grab robbery over Thanksgiving weekend resulted in the death of Kevin Nishita, a retired police officer who was working as a security guard protecting a news crew covering the crimes.