Kevin Nishita, a father of two and grandfather of three, was shot and killed while protecting a TV crew covering the surge of smash-and-grab crimes in the Bay Area. 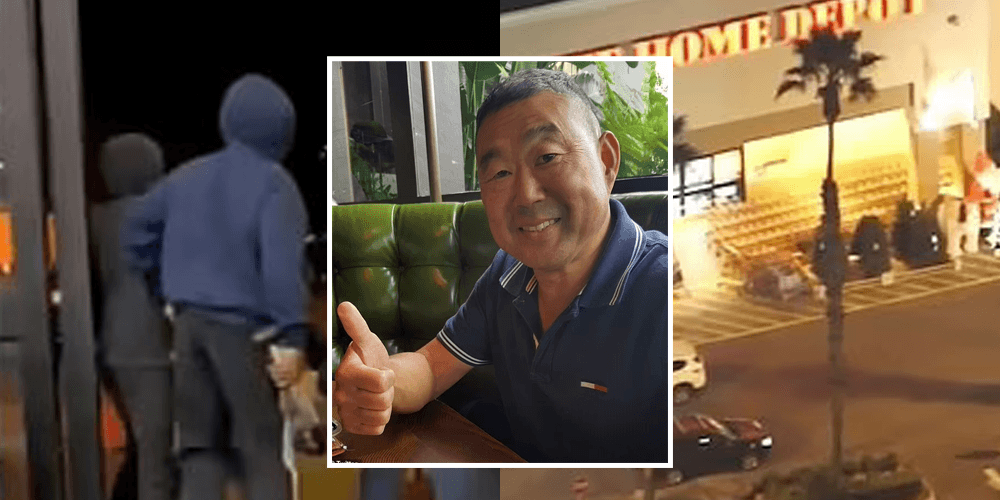 Kevin Nishita, a father of two and grandfather of three, was shot and killed while protecting a TV crew covering the surge of smash-and-grab crimes in the Bay Area.

Nishita, a security guard on assignment to guard a KRON4 news team in Oakland, was shot and killed when a robber targeted the TV crew to rob them of their cameras.

Nishita, a retired Asian American police officer, confronted one of a dozen masked looters to protect the news crew, and one of the thugs shot him in the abdomen. He died after being transported to hospital in critical condition.

“The news team from KRON4 had been reporting on Wednesday on a robbery which had involved 12 armed thugs wearing masks and hoods targeting a Prime 356 clothing store in Oakland,” the Daily Mail reported.

“Police officers also later found an additional victim - a Berkley man who had been hit by shrapnel - who was also transported to hospital. He is in a stable condition,” the report continued.

“We are devastated by the loss of security guard and our friend, Kevin Nishita,” KRON4's Vice President Jim Rose said in a statement. “This senseless loss of life is due to yet another violent criminal act in the Bay Area.”

'We mourn the loss of retired police officer Kevin Nishita who honorably served our Bay Area Community,' said the Alameda County Sheriff’s Office on Twitter. 'He was protecting/guarding a local news crew when he was senselessly murdered.'

Nishita’s death comes amid a surge in organized smash-and-grab flash mobs in the Bay Area, Chicago, Minneapolis, and elsewhere across the country, which have been emboldened by the so-called “defund the police” movement, whose calls for police abolition has led to a change in policing policies in dealing with retail theft.

Advocates of the “defund the police” movement claim that arresting and charging criminals for retail theft is a form of “systemic racism” that disproportionately affects blacks.