Whitmer's nursing home death toll 'could be double' what was reported 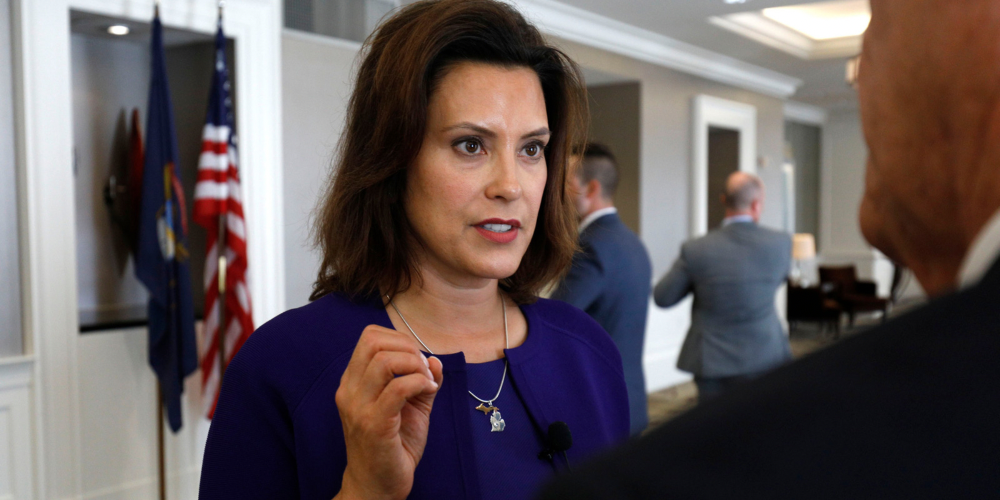 Whitmer, in addition to New York Governor Andrew Cuomo, had both previously received backlash last August from former President Trump in which they “issued COVID-19 orders that may have resulted in deaths of elderly nursing home residents.”

In Michigan, the Department of Health and Human Services recorded more than 19,000 deaths from COVID-19, at least 5,600 of which occurred in long-term care facilities, the Daily Mail reports.

Long-term care facilities work on an honor system with the DHHS, where they self-report COVID-19 deaths within their facilities.

Another 6,945 of those 19,000 deaths are classified as "vital records reviews," which are recorded after health officials and epidemiologists go through the records to determine whether or not the cause of death was COVID-19, according to Deadline Detroit.

"Here is where the problems begin. State health officials do not attempt to determine whether the people in this “vital records” group lived in a nursing home or whether they contracted the disease there, as their own guidelines require," writes Deadline Detroit's Charlie LeDuff.

"Long-term care facility Covid-19 data, which is reported on this web page comes from the facilities themselves, so it doesn’t include any data from Vital Records reviews,” said spokesman for DHHS Bob Wheaton.

The state of Michigan conducted a study last summer with a limited sample to determine whether or not people on the vital records list were residents of long-term care facilities.

1,468 vital records were selected from March through June 2020 as part of this study.

"Of those, 648 deaths were traced back to nursing homes and other long-term facilities. That's 44 percent. Nearly half," wrote Deadline Detroit.

Apply that 44 percent to the nearly 7,000 vital records cases and you get another 3,000 death unaccounted for for those in long-term care facilities.

Audits done by Michigan of the the vital records were reportedly not done because they were "too time consuming."

"The 648 deaths came from a vital records review we did for deaths between March and June,” said Wheaton. “That is not a review that we are able to do regularly due to how time-consuming it is and the amount of resources we need to devote to doing this."

In an email from Wheaton to Deadline Detroit, he admits that it's hard to tie a hospital death back to a specific facility.

"Even when we do the manual review that is needed to link hospital deaths to long-term-care facility residents, the results are still substantially incomplete. If the facility resident is transferred to a hospital and subsequently dies, it can be difficult to tie that death back to a specific facility, or to the fact that the individual was even a resident of a facility," wrote Wheaton.

"Death certificates have a field for type of place of death (such as home, inpatient, outpatient/ER, hospice, nursing home, long-term care facility, other)," Wheaton continues. "We also capture the name of the facility if the death occurred in a facility. The challenge has been identifying long-term-care facility residents who are transferred to, and die in hospitals since the death certificate lists where they actually died."

This incident in Michigan mirrors that of New York, where officials allegedly undercounted nursing home deaths to avoid scandal.

"The state now acknowledges that at least 15,000 long-term care residents died, compared to a figure of 8,700 it had publicized as of late January that didn't include residents who died after being transferred to hospitals," writes the Daily Mail.