"We cannot ignore the fact that Britain ran ramshod [sic] over India for years… Let us not forget, when we talk about what needs to happen, all the folks that need to apologize," said Goldberg. 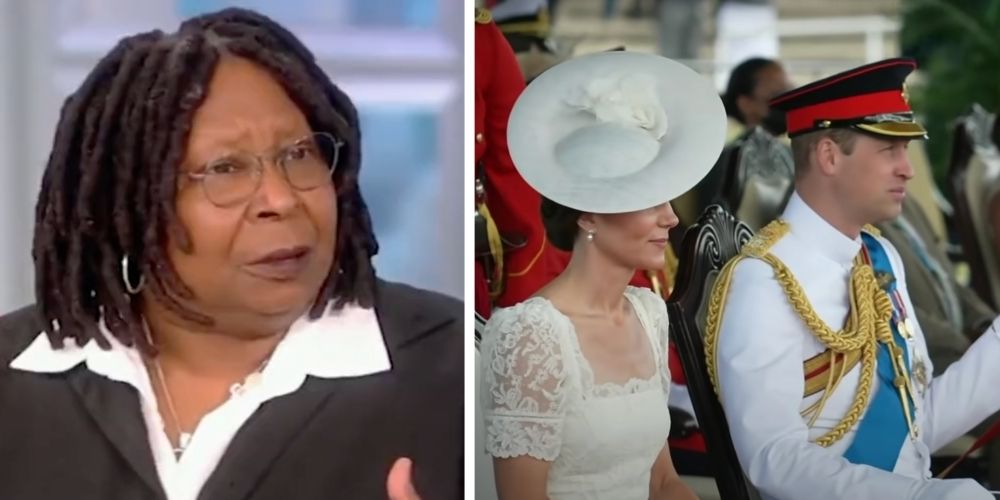 In a recent episode of The View, co-host Whoopi Goldberg demanded that the British royal family apologize for its history of slavery.

"We cannot ignore the fact that Britain ran ramshod [sic] over India for years… Let us not forget, when we talk about what needs to happen, all the folks that need to apologize," said Goldberg.

"Listen, this is not new. And I suspect Charles, when he was in Barbados, had some idea because he went on and apologized as he was releasing the hold that Britain has," she continued. "So perhaps somebody is listening, and it's the new group of folks – I don't know if it's Charles, William, but one of them is supposed to be the person."

Their visit though has been met with protest, with people demanding that the couple apologize for Britain's colonial past.

The Advocates Network released an open letter signed by 100 people including lawyers, entrepreneurs, politicians, musicians and religious leaders, in which they describe "60 reasons why you [William and Kate] should apologize and begin a process of reparatory justice."

"We see no reason to celebrate 70 years of the ascension of your grandmother to the British throne because her leadership, and that of her predecessors, have perpetuated the greatest human rights tragedy in the history of humankind," the letter, obtained by Newsweek, read.

"Her ascension to the throne, in February 1952, took place 14 years after the 1938 labour uprisings against inhumane working/living conditions and treatment of workers; painful legacies of plantation slavery, which persist today," it continued.

"During her 70 years on the throne, your grandmother has done nothing to redress and atone for the suffering of our ancestors that took place during her reign and/or during the entire period of British trafficking of Africans, enslavement, indentureship and colonialization," the letter added.