Why the sudden push to regulate ‘trusted sources’ of news in Canada?

The Trudeau government is trying to regulate the internet yet again, and every Canadian that stand for free speech should be outraged. 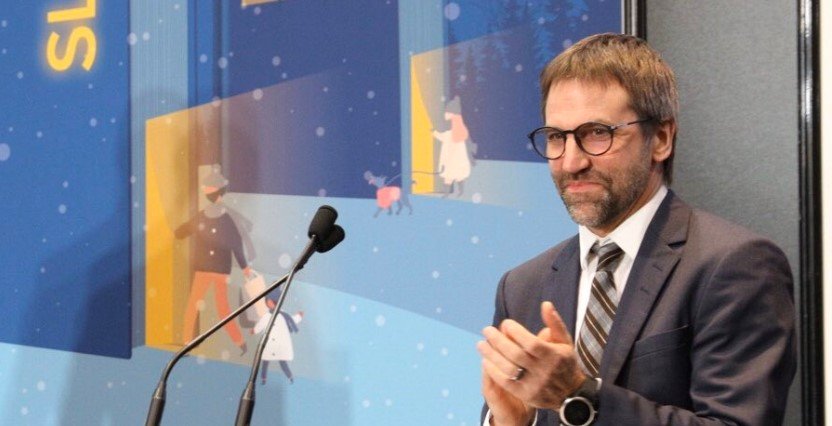 In June 2018 the Canadian federal government initiated a review of the Telecommunications and Broadcasting Acts with the intent of getting guidance on how best to integrate the realities of the internet and global communications into the existing legislation.

The project overview page with associated timeline is here.

Weighing in at 235 pages, the report contains 97 recommendations for an overhaul of Canada’s internet, telecom and communications laws.

It can sometimes be difficult to distill the salient points out of the hundreds of pages by a government panel of experts. What may be helpful, is to first look at who is in favour of the recommendations in the BTLR.

“Recommendation 73: We recommend that to promote the discoverability of Canadian news content, the CRTC impose the following requirements, as appropriate, on media aggregation and media sharing undertakings:

It also requires all Canadian internet content creators to obtain licenses from the government, something Heritage Minister Steven Guilbeault deemed “no big deal” (he later tried walking back those comments after a furor erupted). But just this week, he’s back at it again, calling for internet news sites to be regulated.

The CBC, along with numerous other Canadian media incumbents are also in harmony with the idea of regulating content. The CBC, with their contemporaries in tow, recently chimed in with their own call for government regulation to mandate “trusted news sites”. It would be surprising if they didn’t offer themselves forward as being at the top of that list.

For the rest of us, anybody who creates content via a blog, independent journalists, alternative news outlets, and challenger tech platforms, websites, we would have to learn to exist in the margins of a top-down, centrally planned internet content licensing and moderation engine. Whatever content that is permitted to be published, will by definition be pushed down in visibility to rank below “trusted sources” as anointed by the government.

Since the BTLR came out and the CBC joined on with their complimentary calls for regulating “trusted news” sources, a real-world scenario exploded globally that illustrates the dynamics of quality vs conformity in news reporting.

Governments worldwide have made some serious missteps in handling coronavirus. In the US the CDC has only conducted approximately 500 COVID-19 tests nationally. This is a travesty, and it will impact Canada if and when the outbreak tips over into pandemic level south of the border.

Yet, none of this is on the mainstream media’s radar. The highest quality coverage, of the non-tin-foil hat variety, is coming out of Chris Martenson. Mr. Martenson has his PhD in pathology and epidemiology from Duke University, and he has been putting out daily updates of the status of of coronavirus globally.

These are the highest quality reports and analysis of anything I’ve seen anywhere. What does it have to do with the BTLR and the CBC wanting legislation to control “trusted sources” of news?

Well, were that to be the law of the land, Martenson would almost certainly not be designated one. Not in the US, and not here. In fact in his Feb 27th report, Martenson cautioned:

“You may not be getting useful high-quality information from the US task force [read: “trusted news sources” –markjr] who is now going to be scrubbing health officials and scientists warnings. So it’s very important that I continue to do what I do but you have to be ready for this as well these channels and stations may well be taken off and we have to be ready for that as …I’m going to do this as long as I am allowed to … but I may not be allowed to do that for long”

Martenson’s Wikipedia page, which had been live for over 10 years was deleted by editors around the same time as coverage of the Coronavirus started gaining traction, ostensibly for failing to meet “notability requirements”.

The US response so far to coronavirus has been to appoint the Vice President to head the government response, who’s first action was to make it a requirement that all state, health and scientific messaging around it be cleared by his office.

That’s what “regulating trusted sources of news” is starting to look like, and with the advent of COVID-19 the initiative may move from theoretical pondering about it, a la BTLR framework and CBC’s open letter, to hastily convene government impositions around narrative control.

The goal of such controls is not to protect the public from fake news as much as it is to insulate our various governments from scrutiny around their own incompetence in their policy responses to what is now a global epidemic.

What to do about it

We have to let the Trudeau government know that we will not abrogate our rights to free speech as enshrined in both the Canadian Charter of Rights and the UN Declaration of Universal Human Rights.

If the quality information around important matters will not be forthcoming from the mainstream media sources or the government itself then it is not only our right, but our responsibility to seek quality and timely information and analysis from independent journalists, alternative media and non-governmental experts in the relevant fields.

Sign the House of Commons petition today to reject the BTLR in it’s entirety.

Get as many of your friends and colleagues to do the same.

Mark E. Jeftovic is an internet expert who specializes in naming and infrastructure. He is the co-founder of easyDNS Technologies Inc., a Toronto-based domain registrar and web host, and the author of Unassailable: Protect Yourself from Deplatform Attacks, Cancel-Culture and other Online Disasters he can be reached via markjr@easydns.com