Toronto Police say thE incident took place around noon. Two men were doing work near the 18th floor of a Young street tower, when their platform suddenly plummeted into the ground. 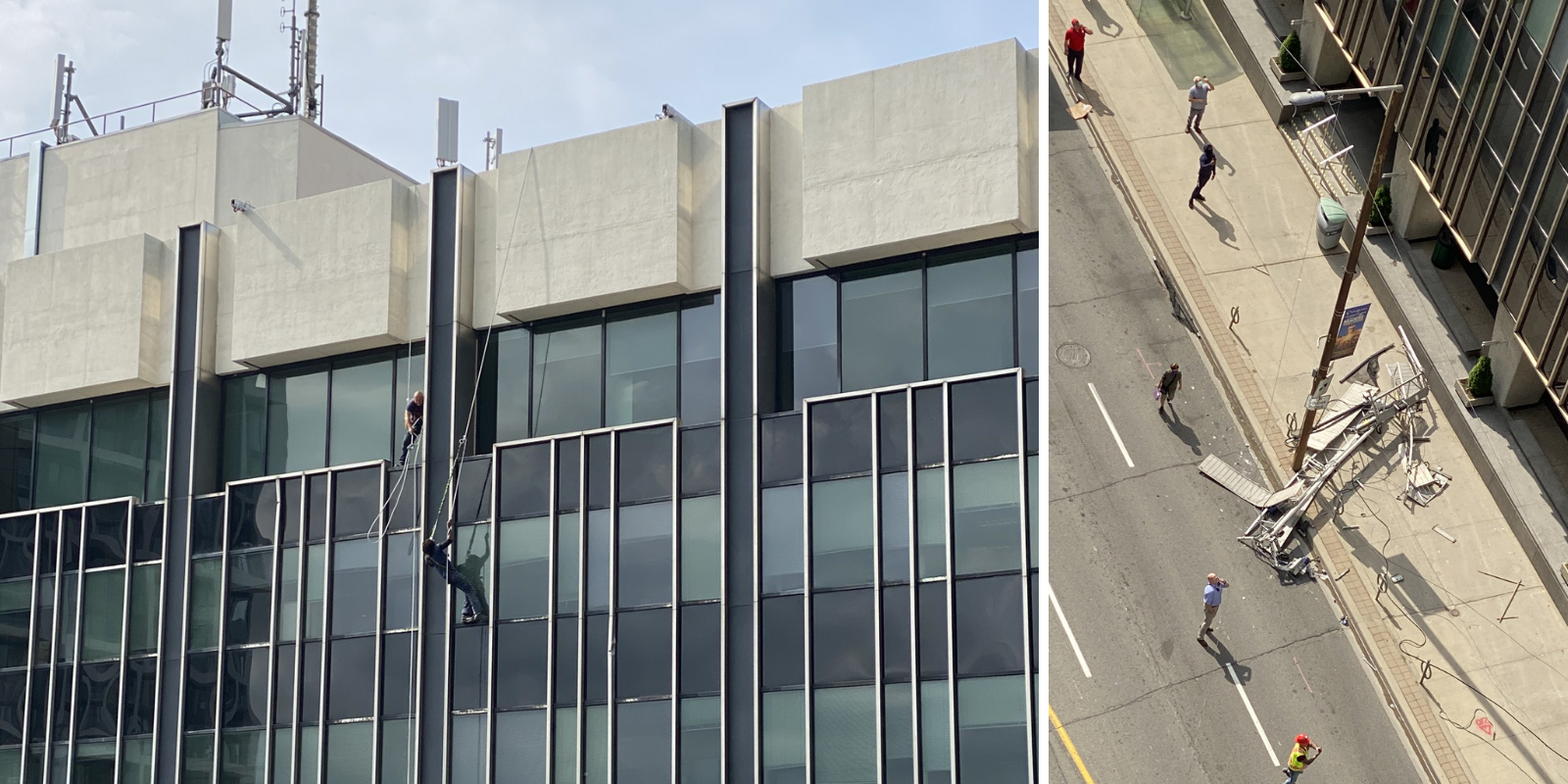 Two window cleaners were trapped and had to be rescued on Thursday afternoon after the window washing platform that they were using collapsed, leading them trapped on a ledge near the top of a tall midtown Toronto building.

Toronto Police say the incident took place around noon. Two men were doing work near the 18th floor of a Young street tower, when their platform suddenly plummeted into the ground.

The workers were both in harnesses, which left them dangling up high above the ground, until firefighters arrived at the scene and rescued the men by helping them get to a ledge near the tower’s roof. Firefighters then broke a window that was near the ledge and pulled the two workers to safety.

Toronto Fire District Chief Stephan Powell told media that “They both made it to the same ledge and they were both basically saved by their safety equipment.”

The window washing platform used by the men crash landed on the sidewalk of Young Street, luckily there has been no report of anyone passing under when the incident took place.

The workers sustained no injuries from the incident. Powell said “We get a good number of these calls every year and we are very fortunate that almost all of them turn out with a positive result. Fortunately we were able to break the glass to get to them. In other circumstances our high angle rescue team sometimes has to go over the top of a building and come down next to the trapped window washers and transfer them to their safety lines before bringing them down to the ground.”

An investigation will now be conducted by the Ministry of Labour. A ministry spokesperson told CP24 that Solar Window Cleaning is the employer that is involved in this incident.

Young street was closed to traffic south of Eglinton so that the scene could be cleaned up by police.