The mandate was issued by Governor Tony Evers in August 2020 and is not due to expire until March 2021. 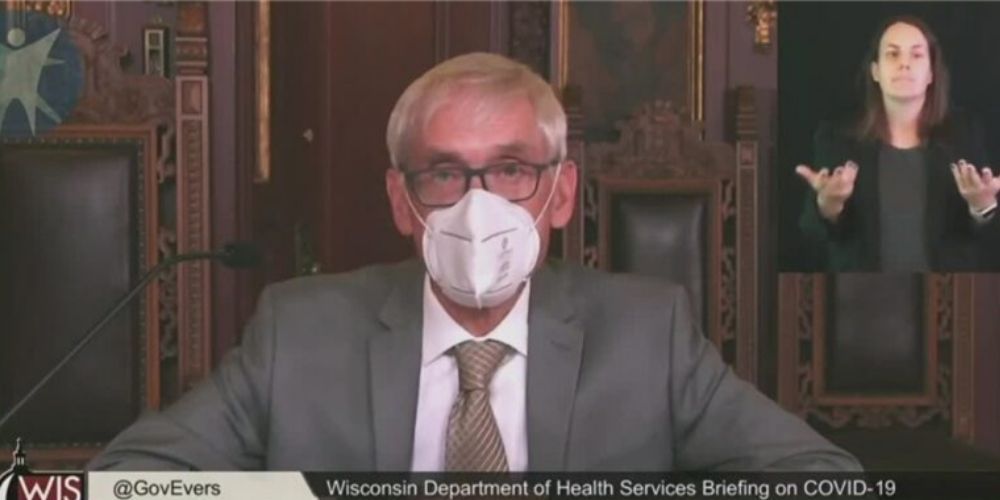 Wisconsin's state Senate voted 18-3 Tuesday to repeal Democrat Governor Tony Evers' statewide coronavirus mask mandate. The mandate was issued in August 2020 and is not due to expire until March 2021.

Republican critics argued that Evers went beyond the authority of his emergency powers by repeatedly extending the mandate and said Evers was required to obtain approval from the legislature to extend an emergency order past 60 days.

The mask mandate is also facing a challenge in Wisconsin's Supreme Court. All of the legislatures Democrats and two Republicans tried to vote down the resolution.

Republican state Senator Steve Nass who wrote the resolution said, "This is not about whether face masks are good or bad. This is about repeatedly issuing emergency orders contrary to what the law allows. It's about the rule of law."

Evers' mandate, is expected to also be voted down in the Republican controlled state Assembly. If both chambers reject the mandate, the governor's signature is not necessary for the repeal to take effect.