The ship was christened by a veteran who identifies as transgender. Milk was dishonorably discharged from the US Navy for being a homosexual in 1955. 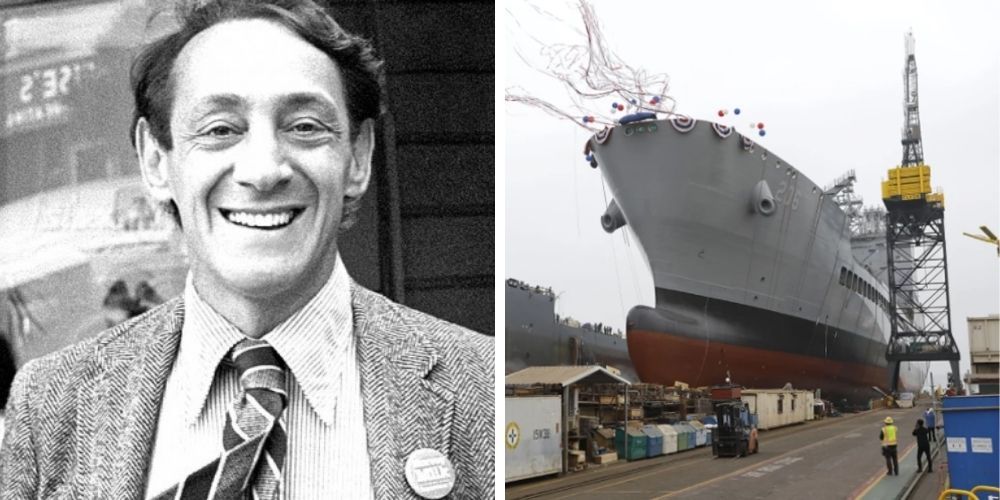 On Saturday, a new Navy fuel ship was launched into San Diego Bay, christened with the name of Harvey Milk, the slain civil rights icon for the LGBTQ movement. Milk was the first openly gay man to serve in public office when he was elected to the SF Board of Supervisors in 1977.

In addition to the honor of the naming of the ship, the "Mayor of Castro Street" has been given an honorary postage stamp and had an airport terminal dedicated in his name at San Francisco International Airport.

However, not everyone was celebrating the honors. The spotlight has once again been shone on Milk’s alleged indiscretions with teens.

According to a profile by Milk biographer Matt Barber of Liberty Counsel, one of Milk’s victims was a 16-year-old runaway from Maryland named Jack Galen McKinley. At the time of the alleged relationship, Milk was 33.

"Randy Shilts was a San Francisco Chronicle reporter and close friend to Harvey Milk … also Harvey Milk’s biographer. In his glowing book The Mayor of Castro Street, he wrote of Milk’s 'relationship' with the McKinley boy: '… Sixteen-year-old McKinley was looking for some kind of father figure. … At 33, Milk was launching a new life, though he could hardly have imagined the unlikely direction toward which his new lover would pull him.'"

"Randy Thomasson, child advocate and founder of SaveCalifornia.com, is one of the nation’s foremost experts on Harvey Milk. Of the Shilts biography, Thomasson notes, "Explaining Milk’s many flings and affairs with teenagers and young men, Randy Shilts writes how Milk told one 'lover' why it was OK for him to also have multiple relationships simultaneously: 'As homosexuals, we can’t depend on the heterosexual model. … We grow up with the heterosexual model, but we don’t have to follow it. We should be developing our own lifestyle. There’s no reason why you can’t love more than one person at a time.'"

Gerald Dols, a Christian convert, said in a 2008 radio interview that when he was a teenager Milk convinced him to run away from his family in Minnesota and travel to San Francisco to be with him.

According to Dols, Milk said, "Don’t tell your parents." Dols parents found out and filed a complaint with the Minnesota attorney general’s office.

The ship was christened by a veteran who identifies as transgender. Milk was dishonorably discharged from the US Navy for being a homosexual in 1955.