The US Women's squad has been among the best in the world in recent years, however since Game 1 in Tokyo, the team has struggled, garnering just as much attention for their social justice activism as for their on-field play. 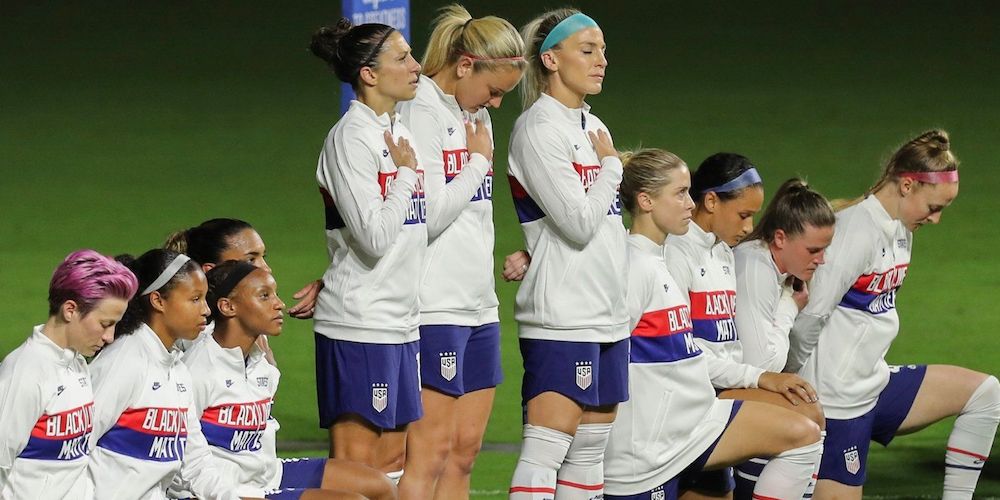 After leading her team to a loss against Canada, US Women's soccer captain Megan Rapinoe became emotional as her gold medal dreams were dashed.

The US Women's squad has been among the best in the world in recent years, however since Game 1 in Tokyo, the team has struggled, garnering just as much attention for their social justice activism as for their on-field play.

Both Team USA and their Canadian counterparts went into Monday's game with one goal in mind, win and move on to the gold medal match. After a scoreless first half, the tie was broken by a successful penalty kick from Canada's Jessie Fleming in the 74th minute. That was all it took, as the Canadians took the game 1-0.

"It's terrible," captain Megan Rapinoe said after the game. "We just didn't have it today. Just too many errors from us again."

"It's a bitter one to swallow," she added. "Obviously we never want to lose to Canada. I don't think I've ever lost to Canada."

The win marked the end of a 20-year unbeaten streak against their neighbors to the north, with their last loss coming in 2001.

After failing to make it to the gold medal game in what could be 39-year-old teammate Carli Lloyd's last Olympics, 36-year-old Rapinoe got emotional.

"Obviously we’ve been in this a long time together," Rapinoe said. "We're both closer to the end than at the beginning and we've shared a lot of those happy moments on the field."

The bronze medal game will take place on Thursday.