“Wurst” thief ever tears down wall of Winnipeg sausage shop

The owner of a Transcona butcher shop says someone dug a tunnel into their store and stole sausages, in what some are calling the wurst robbery of the century. 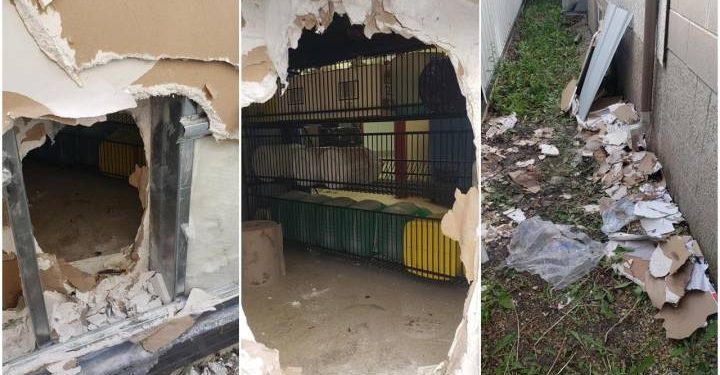 The owner of a Transcona butcher shop says someone dug a tunnel into their store and stole sausages, in what some are calling the wurst robbery of the century.

According to Global News, store manager Christopher Campbell posted a photo on Facebook with the following caption:

“Literally ripped open the wall just to steal sausage and some change. Anyone with any information please report to the police, or myself.”Christopher Campbell, Facebook

Police hope to find the brat who committed the crime, though as of now, there are very few links to the crime. Photos posted online show a large gaping hole in the side of the shop wall through which the thief dug a tunnel.

The thief ran away with meat, some change, and a large knife. Police are on the lookout.