"The oil and gas industry in Wyoming has created countless jobs and has contributed revenues to the state of Wyoming throughout the state's history." 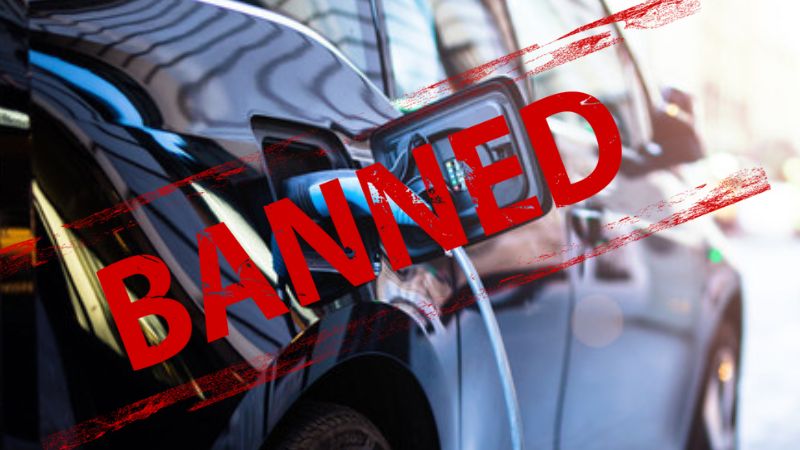 On Friday, Wyoming lawmakers introduced a bill that would ban the sale of new electric vehicles at a time when many states, including Massachusetts, New York, and Vermont, are considering bans on gas-powered cars, while some states, like California, have already advanced such legislation.

Wyoming State Joint Resolution SJ0004 is a bill "expressing support for phasing out the sale of new electric vehicles in Wyoming by 2035" and notes "oil and gas production has long been one of Wyoming's proud and valued industries."

"The oil and gas industry in Wyoming has created countless jobs and has contributed revenues to the state of Wyoming throughout the state's history," the legislation reads.

According to the Daily Mail, the bill was put forward by state Senator Jim Anderson and a group of state legislators.

SJ0004 aims to phase out EVs entirely by 2035 and pushes residents of Wyoming to reduce the purchase or sale of EVs in the meantime.

These measures would "ensure the stability" of Wyoming's oil and gas industry, which has generated "revenues to the state of Wyoming throughout its history" and created "countless jobs."

The legislation says that moving to EVs would "have deleterious impacts on Wyoming's communities and will be detrimental to Wyoming's economy and the ability for the country to efficiently engage in commerce."

"The critical minerals used in electric batteries are not easily recyclable or disposable," the bill adds.

Wyoming ranked as the eighth top producer of oil in 2021 and hosts 30,000 miles of pipelines operated by 100 companies that maintain 68,000 jobs in the industry.

Speaking to Cowboy State Daily, GOP State Senator Brian Boner said the bill was slightly " tongue-in-cheek" but that "it's a very serious issue that deserves some public discussion."

"I'm interested in making sure that the solutions that some folks want to the so-called climate crisis are actually practical in real life.  just don't appreciate when other states try to force technology that isn't ready," Boner added.