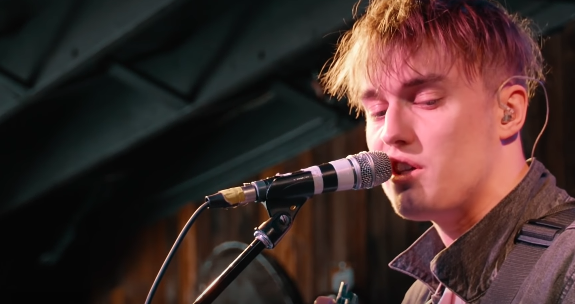 British pop singer Sam Fender will go down in musical history. The 23-year-old from North Shields has penned a song called “White Privilege.” Upon first listen, it’s instantly apparent that it’s the absolute worst song ever written in the history of music.

It’s more than that though. It’s also, without a doubt, the worst song that will ever be written. Nothing could possibly be worse. Nothing.

Over a spare arrangement of jangly guitar, Fender croons:

The patriarchy is real, the proof is here in my song
I’ll sit and mansplain every detail of the things it does wrong
‘Cause I’m a white male, full of shame
My ancestry is evil, and their evil is still not gone

The chorus thuds like a bastard with the repeated line, “I wanna be anybody but me” in a glorious acknowledgement of self-flagellation.

The song, which exemplifies the cultural stupidity of our current woke era, is from his brand new album Hypersonic Missles which is The Guardian‘s album of the week this week. It received a glowing review, of course. It also received praise from British identarian politician David Lammy, who referred to the lyrics above as “deep.”

Besides being musically pathetic, Fender’s historic song manages to be politically and socially tone-deaf as well. What Fender has achieved here is beyond remarkable. Once you hear the song, you will never forget it. God knows I’m going to try though.