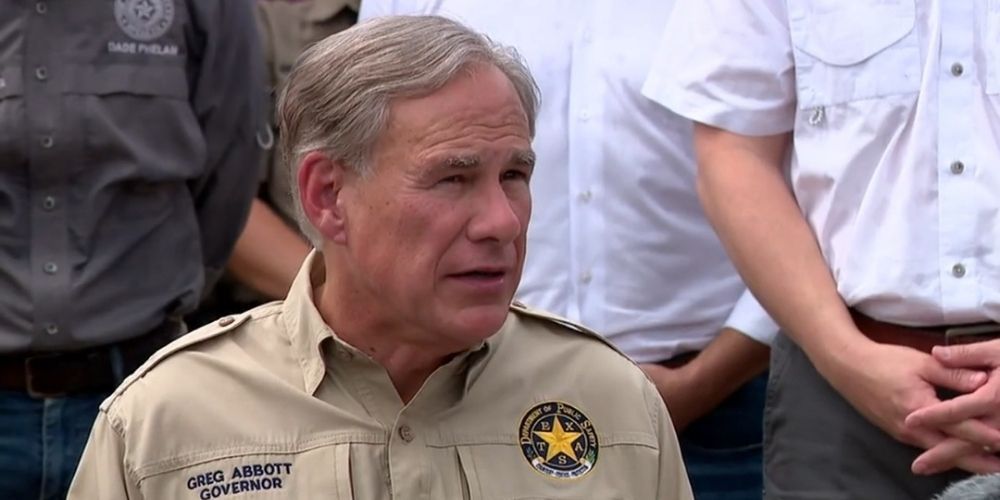 Arizona Governor Doug Ducey and Texas Governor Greg Abbott are leading a coalition of 26 Republican Governors who are demanding an end to the migrant crisis at the US southern border. All but one GOP governor signed a joint letter to the White House — Vermont Governor Phil Scott.

"The months-long surge in illegal crossings has instigated an international humanitarian crisis, spurred a spike in international criminal activity, and opened the floodgates to human traffickers and drug smugglers endangering public health and safety in our states," the governors wrote. "A crisis that began at our southern border now extends beyond every state and requires immediate action before the situation worsens."

"The negative impacts of an unenforced border policy on the American people can no longer be ignored."

On Saturday, the Department of Homeland Security announced that it would be sending an additional 400 agents and officers to Del Rio, Texas, to assist in moving the encampment of Haitian migrants currently under a bridge there.

Overwhelmed agents work six-day work-weeks at more than 10 hours a day dealing with over 14,000 primarily Haitian migrants camped under the international bridge – with reports of tens of thousands more migrants on the way.

In addition, almost 10,500 pounds of fentanyl was seized this fiscal year compared to the previous three years combined. Only 2 milligrams is needed to kill a person — enough to kill seven times the US population.

Abbott also sent a separate request to Biden to issue a federal emergency declaration over the situation on the border.

"Families, including infants and children, need food, water, and medical supplies that the local government cannot supply," the governor wrote. "Thousands of families are immobilized in 100-degree heat as their numbers continue to swell as they wait to be processed by the approximately 64 federal agents in the area."

"While Texans face the brunt of these negative impacts, it is common knowledge that border-related drugs, weapons, and crimes impact local jurisdictions across the United States," wrote Abbott.

The Biden administration has attempted to stem the tide of illegal migrants through public warnings that the border is closed. DHS Secretary Alejandro Mayorkas said on Monday that illegal immigrants in the US might face expulsion.

DHS sent more agents on horseback, supplies and medical assistance, and increased deportation flights in an attempt to stop migrants from entering the US. They noted that "if additional staff is needed, more will be sent."

"We have reiterated that our borders are not open, and people should not make the dangerous journey," said Mayorkas. *Individuals and families are subject to border restrictions, including expulsion."

He added: "Irregular migration poses a significant threat to the health and welfare of border communities and the lives of the migrants themselves, and should not be attempted. If you come to the United States illegally, you will be returned."

"Your journey will not succeed, and you will be endangering your life and your family’s lives."

US President Joe Biden tapped Harris to solve the migrant crisis along the southern border after Harris ignored the situation months into the Biden mandate. Harris expects impoverished Haitians and others from Central America to continue to enter the US, citing unresolved economic and political duress in their homelands.

One border agent bluntly said the outrage "just proves what absolute idiots they are."