"If you're from Haiti, Joe Biden and Kamala Harris have said we have open borders: Come to Del Rio and they will let you in," said Sen. Ted Cruz. 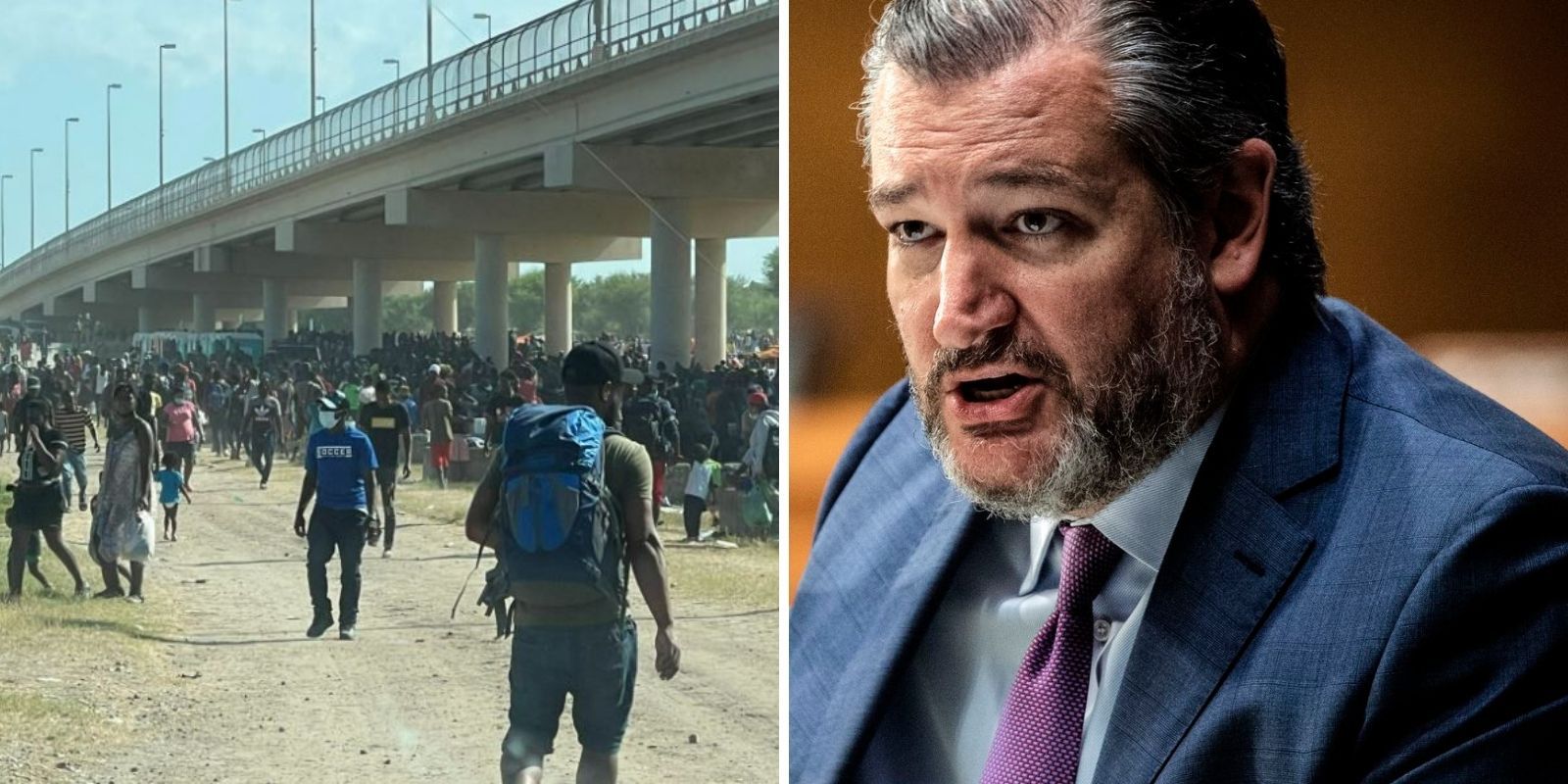 During Thursday evening's episode of Hannity, Texas Sen. Ted Cruz joined Fox News host Sean Hannity from the Del Rio bridge, highlighting the ongoing United Staes-Mexico border crisis unfolding there as the number of migrants located in a camp under the bridge has exploded exponentially over the last few days.

"The answer is simple that Joe Biden and Kamala Harris are absolute hypocrites, those 10,000 people there, do you know how many Border Patrol has tested? Zero, not one. They don't have the capacity to do that," Cruz said.

"The requirement for people at a business with more than 100 people and it's not a requirement for migrants at the southern border. Why?" Fox News reporter Peter Doocy asked. "That's correct," Psaki stated before moving on to another question during the White House press conference. Psaki noted earlier in the press conference that the Biden administration hopes to get as many people vaccinated as possible, "whether they are migrants or whether they are workers."

Cruz went on to highlight what he believes is the reason why the number of migrants in this location has exploded in recent days.

"Then 8 days ago, on Sept. 8, the Biden administration made a political decision. They announced that they were no longer going to fly deportation flights back to Haiti," the Texas senator added. "85 percent of the people under there are from Haiti. They're fleeing from Haiti. They announced they weren't going back. There were about 900 Haitians who were getting ready to board the flights when the political operatives in Washington canceled the flights."

On Thursday, the Federal Aviation Administration placed a temporary restriction on the area for two weeks. Earlier that day, Fox News published drone footage from the area, highlighting the scale of people gathering in that area.

Fox News reporter Bill Melugin announced the restriction, saying: "We've learned that the FAA just implemented a two week TFR (Temporary Flight Restriction) over the international bridge in Del Rio, TX, meaning we can no longer fly our FOX drone over it to show images of the thousands of migrants. FAA says 'special security reason.'"

"It really is ridiculous. I’ve never seen anything like that," Cruz said in response to the restrictions. "The drone footage started this morning and people all across the country were horrified and I guess the political operatives at the Biden White House saw that and decided the last thing they want is Fox News actually reporting on what's happening down here."

"So now the FAA is saying 'Please, no journalists allowed,'" Cruz added.