Gunfire broke out at a family barbecue in Brooklyn over the weekend, leaving a 22-month-old baby boy dead, and three men in the hospital. AOC blames the economy and the NYPD. 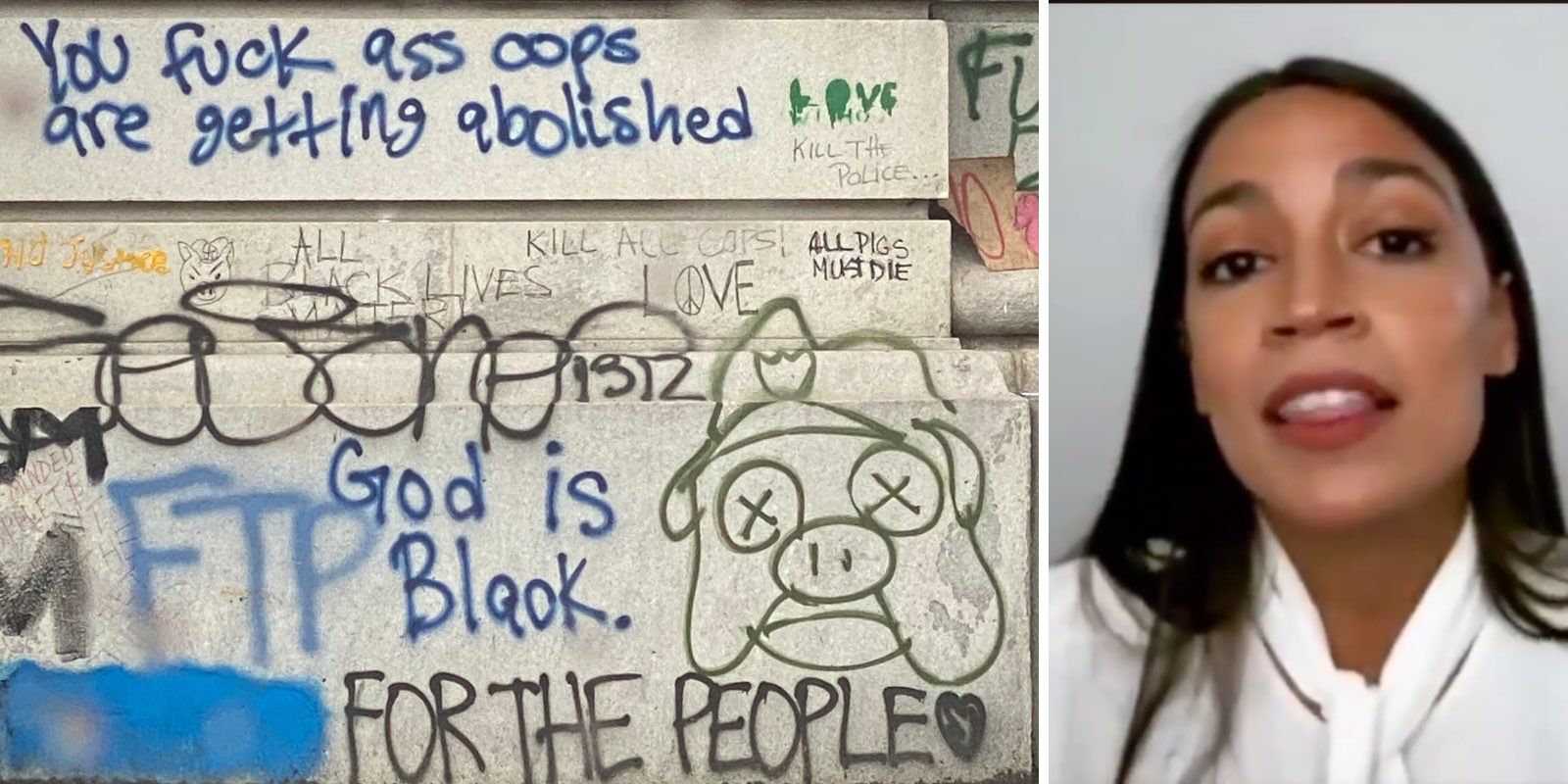 Gunfire broke out at a family barbecue in Brooklyn over the weekend, leaving a 22-month-old baby boy dead, and three men in the hospital. The violence erupted in the Bedford-Stuyvenant neighbourhood, at about 11:30 on Sunday night.

Police sources say that two men walked up to the party, fired their rounds into the crowd, then simply left on foot. The baby was in a stroller, and was shot in the stomach. The boy's name was Davell Gardner. The three men who were shot suffered injuries to groin and extremities, respectively. Unlike the child, they will live.

There were 28 shootings in the city this weekend. The weekend of the July 4 Independence Day holiday saw 64 people shot, 10 killed, including a man who was walking with his 6-year-old daughter across the street in broad daylight.

Alexandria Ocasio-Cortez spoke out against the crime in her home town this weekend, blaming neither criminals or the faltering Bill de Blasio administration.

"Let me say something about this uptick in crime," she said. "Let me make something super clear here for everyone here having this question. The New York City Police Department has not been defunded. Even with these budgetary changes that were proposed in City Council, a) they're not fully enacted, b) they aren't a real one billion dollar in cuts, c) it's not really, like, these cuts aren't really real, and, again, they haven't even happened yet. Literally have not even happened yet. So keep in mind that this uptick in crime that's happening right now is with a six billion dollar New York City Police Department budget."

She goes on to describe how the NYPD is at fault for the uptick in crime, saying that they have not been defunded, which somehow would be more helpful, before positing that economic factors are at fault for the drastic increase in violent crime.

"Well, let's think about it. Do we think this has to do with the fact that there's record unemployment in the United States right now? The fact that people are at a level of economic desperation that we have not seen since the great recession? Maybe this has to do with the fact that people aren't paying their rent and are scared to pay their rent. And so they go out and they need to feed their child and they don't have money so you maybe you have to, they're put in a position where they feel like they either need to shoplift some bread or go hungry that night. Maybe it's the fact that unemployment provisions have not been given to everyone. Because the fact that some people haven't gotten their stimulus checks yet."

The NYPD has come under intense scrutiny since the killing of George Floyd in Minneapolis. As a result of the critique, NYPD Police Commissioner Dermot Shea announced in mid-June that, effective immediately the anti-crime units—plainclothes officers that are deployed on streets to prevent violent crimes, over 600 officers across the five boroughs—would be "immediately reassigned."

At that time, he said that these officers, who were involved in high-profile police shootings, are not as necessary given that the department can be more tech-reliant and can “can move away from brute force" in crime fighting. Shea said "This is a seismic shift in the culture of how the N.Y.P.D. polices this great city. It will be felt immediately in the communities that we protect."

In the Sheepshead Bay neighbourhood of Brooklyn, a 21-year-old man was shot while sitting in his car early Sunday morning. He is in critical condition. There were 28 shootings over the weekend including 15 in 15 hours, and 43 this past week in NYC, as well as numerous violent incidents including assaults on police.

Thomas Gonzalez, 41, was in Manhattan's East Village when three or more people rode up on bicycles before unleashing at least nine shots, catching him in the chest. This was around 2:30 a.m. For reference, this is in an area that is normally full of nightlife, where bars stay open until 4 a.m. Gonzalez's injuries are not critical.

A 23-year-old man was shot in Brownsville, Brooklyn, after he says he accidentally bumped into someone who then shot him for the infraction. The World's Fair Marina parking lot in Corona, Queens, saw three people wounded in a gun fight.

The Far Rockaway neighbourhood, also Queens, and by the ocean, had a drive-by shooting. A stranger shot a man in Brownsville who was walking to buy food, at 10:30 pm on Saturday. He was shot three times, and is expected to survive his injuries. In the Bronx, a man in a car was shot by a man on a moped.

This violence comes after months of lockdown, during which time prisoners were released to curb the spread of coronavirus, a bail reform measure was enacted that allowed those arrested to walk free without remand, and a series of protests that turned violent and saw no condemnation from elected officials.

De Blasio said "We’re not going back to the bad old days when there was so much violence in the city, nor are we going back to the bad old days where policing was done the wrong way and, in too many cases, police and community could never connect and find that mutual respect." This after a weekend in which 38 people were shot over the course of 72 hours.

After he spoke, a man was ambushed and killed by gunfire in a Brownsville public housing building, and at a candlelight vigil in Brooklyn's Crown Heights neighbourhood, five people were shot.

The New York City Police Department has been the butt of jokes and backlash, as the BLM movement to defund and abolish police has hit New York City. Mayor Bill de Blasio cut $1 billion in funding from the department, and even this was seen as not enough by protestors. De Blasio has offered no support for the NYPD, and in fact has called them out for defending themselves against violent criminals.

When her remarks came under fire, Ocasio-Cortez defended her remarks, saying that society was to blame for the violent crimes in Brooklyn and Manhattan. She says that "crime is a symptom of a diseased society that neglects its most marginalized people, and we do not solve that problem with police. Policing can be a band-aid, or it makes some people feel like its a band-aid but it is not the solution to crime."

When compared with June 2019, gun violence has increased in New York City 130 percent, with 205 incidents of gun violence in 2020 compared to 89 last year. This was across all five boroughs. The murder rate is up 30 percent, burglaries are up 118 percent, auto thefts are up 51 percent.