Police arrested a 33-year-old California after he allegedly attacked several Trump supporters during a Pro-Trump rally in Aliso Viejo, California. 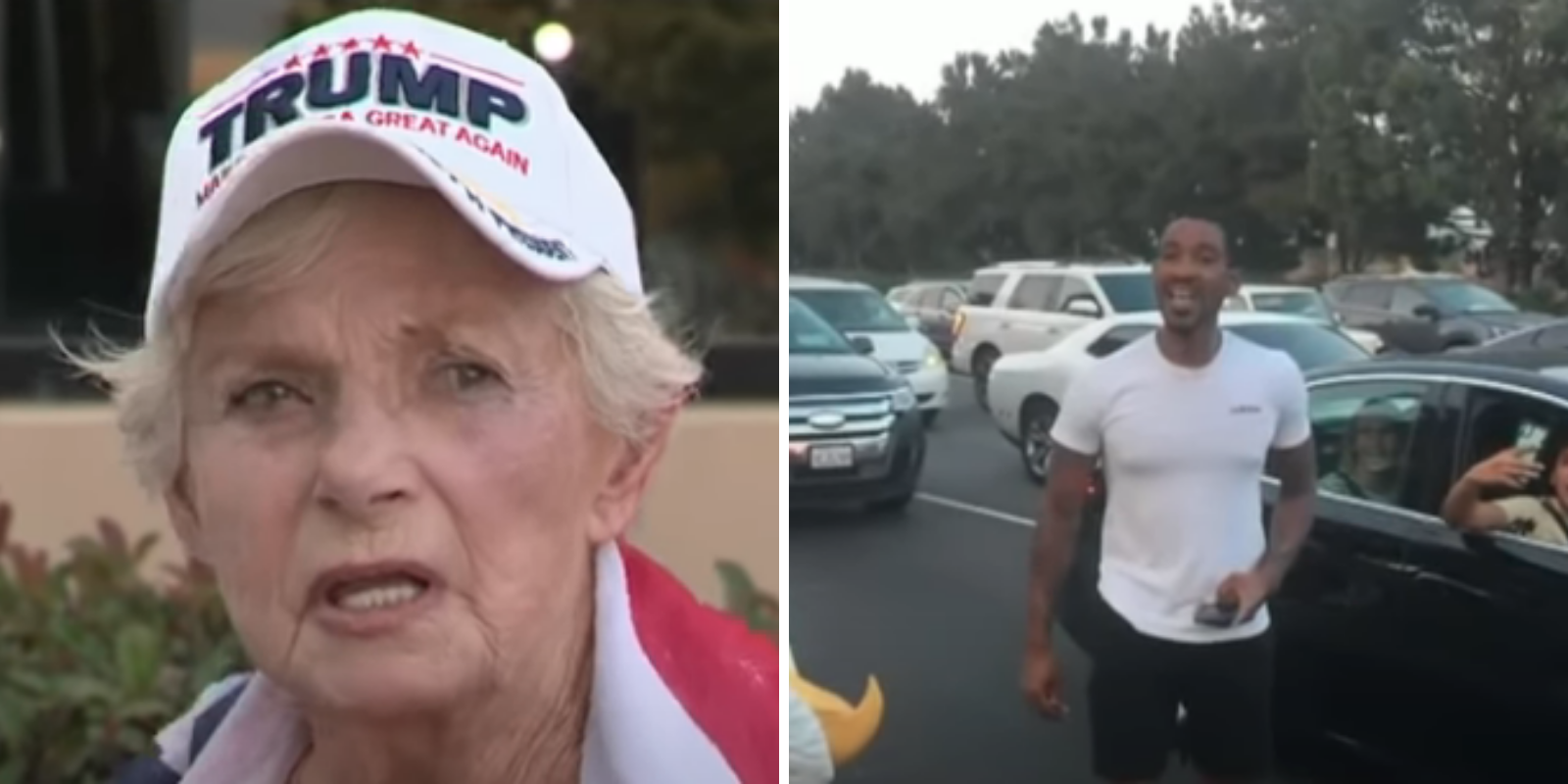 Donna Snow, an 84-year-old who attended the rally told reporters, "he took his hand way back like he was going to punch me, and hit me right across the face...broke my earrings off."

The Orange County Sheriff's Office told reporters that a retired police officer stepped in and pulled his gun on the man as he attempted to run from the scene. One of the victims was taken to hospital with a neck injury.

Alvin Gary Shaw was taken into custody on suspicion of elder abuse, assault with a deadly weapon and assault and battery. Police said Shaw was armed with a knife which they later found in a nearby bush.

Sergeant Dennis Breckner mentioned that this violent case could have turned into a very serious incident. He also chimed in, "while we support people and their using their First Amendment rights to put out their message, we prefer that that remain peaceful.”