Over 400 dangerous criminals linked to ultra-violent Mexican cartels have entered Canada since Trudeau removed Visa requirements for the country and the police are struggling to keep track. 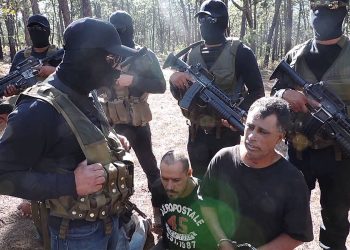 According to an investigative report by the French-language outlet TVA Nouvelles, over 400 dangerous criminals linked to ultra-violent Mexican cartels have entered Canada since Trudeau removed Visa requirements for the country. 200 of these are currently residing in Quebec.

The cartel members, which include hit-men and drug traffickers have been slipping into Canada undetected using easily-acquired fake Mexican passports. Allegedly, due to political corruption within the Mexican government, fake passports are easily acquired for a $1000 fee.

“To this end, Prime Minister Trudeau today announced Canada’s intention  to lift the visa requirement for Mexican visitors to Canada beginning  December 1, 2016. Lifting the visa requirement will deepen ties between  Canada and Mexico and will increase the flow of travellers, ideas, and  businesses between both countries,” claims a news release on the Prime Minister’s website.

Currently, Mexican citizens hoping to travel to Canada are only required to have an Electronic Travel Authorization (ETA) if arriving by plane. ETA’s cost $7 and can be completed in a matter of minutes.

According to the Canadian Border Services Agency, an 80% increase in drugs originating in Mexico was noted after the visa requirement was lifted. Fake passports are also becoming a more common occurrence at the Canadian border and inadmissibility has risen by 500%.

In one case, a known “sicario” or hit-man, Romualdo Lopez-Herrera freely entered Canada with a fake passport and then was arrested for extortion. He has since fled and his whereabouts are unknown.