If you want to take your mind off of the gloomy reality outside with an even gloomier mirror of the world on TV, here are a few suggestions. 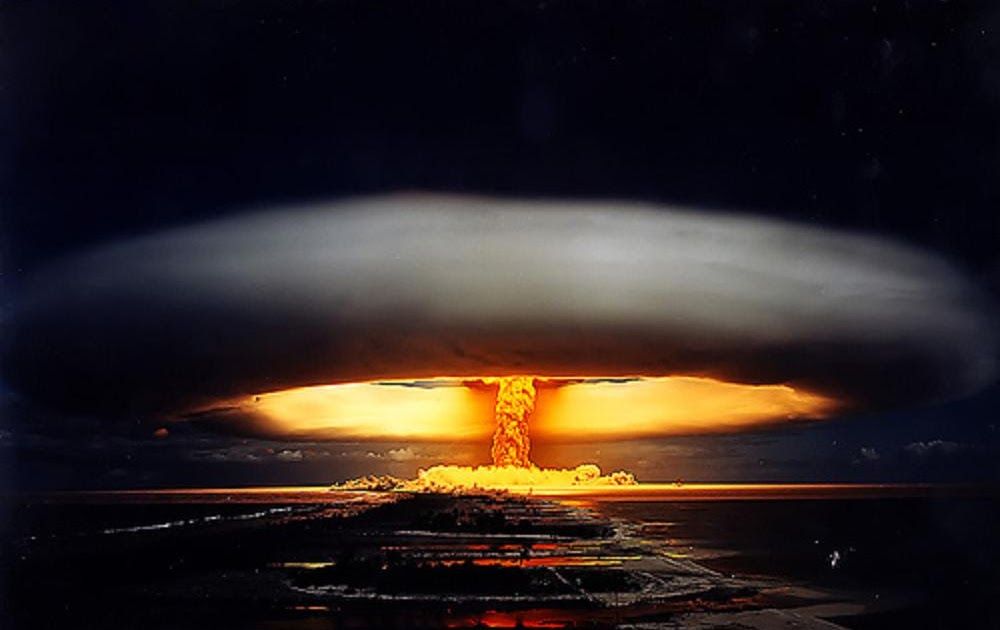 As people slowly trudge through their second month on lockdown, quarantine, self-isolation or whatever they want to call it, everyone’s starting to desperately look for some form of escape. While it’s hard to do that physically with a stay-at-home order still in place and officers ready to slap people with hefty fines, you can always just stay home and get lost in the treasure trove that is Netflix.

Others prefer to escape the craziness of coronavirus with the even crazier chaos of documentaries like Tiger King, some go for the heart-crushing stories of Korean drama, but others prefer the blood, gore, and utter despair of post-apocalyptic, end-of-the-world series. The darker the better.

If you are one of those who want to take your mind off of the gloomy reality outside with an even gloomier mirror of the world on TV, think alien invasion and zombie virus pandemic, here are a few suggestions.

It’s amazing how the director decided to dive right into the zombie scenes and not bother with the cheesy, ho-hum, snooze-fest of a backstory. Episode one, scene one will take you right smack in the middle of a zombie invasion—undead people running around trying to get a bite out of their neighbors. They skipped the whole intro because after a million and one zombie movies we all know how these things start anyway. So they start with a family’s journey to “the stadium” where the military is supposed to rescue them. En route to the stadium, a whole lot of craziness happens.

It’s so riveting that you won’t want to stop until you finish the season. Get ready to park your butts in front of the TV for the entire day for this one. Watch it if you are tired of zombies that move like snails stampeding on peanut butter—these zombies move fast. Don’t watch it if you are easily overwhelmed, because each episode is packed with all the crazy zombie scenes the director can cram into an hour.

This show will make you want to hoard lots of umbrellas instead of toilet paper, or waterproof boots, raincoats and everything that will keep the rain out. This Danish post-apocalyptic series explores what happens when a brutal virus carried by the rain wipes out an entire civilization.

Two siblings emerge out of a bunker they’ve been hiding in for six years only to find that the virus has killed most of the population, left Scandinavia in chaotic ruins, and that the few who survived are living off of civilization's scarps. Watch it if you like gloomy drama about the demise of humanity, don’t watch it if you hate subtitles.

Ever wondered what will happen if countries nuke each other to oblivion? This sci-fi dystopian drama explores just that. And it will have viewers intrigued the moment they start watching.

Set 97 years and three generations after a nuclear war wiped the Earth clean of human civilization leaving only those in orbit alive, a space team sends people back to Earth to repopulate the planet that’s been drastically transformed by radiation.  Should’ve been easy had they known that the Earth wasn’t as empty as they had imagined.

If you’re tired of zombies and viruses taking over the Earth, try vampires for a change. Just when you thought pop culture’s done with vampires, along comes this show to rekindle your obsession with these bloodsuckers. The protagonist, Vanessa Van Helsing wakes up from a coma only to find the Earth overtaken by, you guessed it, vampires.

While she’s out to find her daughter she discovers that she comes from the Van Helsing bloodline hence the only person whose blood can turn vampires back to humans.

Watch this is you like brutal fight scenes and relatable characters in a fictional world. Don’t watch it if you’re squeamish and don’t like seeing monsters slurping people’s blood like a slushie.

A couple, one of which is a former FBI agent, trying to find their child, an unknown slash unseen force known only as “the outsiders” taking over Los Angeles and most of the world, a family forced to make difficult decisions to keep each other alive, and some drones that look like hair salon equipment patrolling the city, make for engaging lock-down entertainment.  This should just be your regular doomsday family trying to survive, but what makes the plot interesting is that he was an FBI agent and probably a really good one so much so that the colonizers want to recruit him to crush the rebellion.

Watch it if you want to see Walking Dead alum Sarah Callies in another post-apocalyptic series and love guessing which character the protagonists should trust. Don’t watch it if you’re tired of Sarah Callies playing the same role in almost every single TV series she’s in.

No, we’re not done with zombies yet! If you watch this with zero expectations you’ll probably enjoy this one. It’s a pretty gruesome mirror of our society these days. A man who holds the key to developing a vaccine in his blood must cross zombie-infested cities to get to the lab that has been waiting for him. A team tries to transport him but not without complications. The show feels a lot like "The Walking Dead" with the cast from "Sons of Anarchy."

In case you find yourself wondering where you’ve seen Lt. Mark Hammond before, he played Damon Pope on SOA. Another SOA alum is set to appear in season 2, although that one’s pretty easy to spot, and no it’s not Charlie Hunnam, sorry girls! Watch it if you love a zombie-apocalypse drama that doesn’t take itself too seriously. Don’t watch it if you’re tired of The Walking Dead, and all things zombie.

This one’s a fun cross between a teen rom-com and a zombie series on steroids. Some parts of the show feel a lot like a spoof or satire that explores all high-school clichés set in post-apocalyptic California. Yes, it doesn’t make much sense but that’s what makes the show fun. It gained a cult following but was canceled after one season. Now people, mainly teens who are stuck at home, are watching the show that mirrors recent events in society right now.

The plot is mainly about a ragtag team of eclectic high school students trying to survive a world after a nuclear blast turned adults into brain dead zombies. They aren’t the least bit worried though, instead, they’re so excited about all the possibilities in a world without adult supervision. Watch it if you want pure entertainment that doesn’t need to make sense. Don’t watch it if you hate cheesy teen comedy.