The Canadian sports bureaucracy has recently decided that it is acceptable to allow a biological male to compete against female athletes. 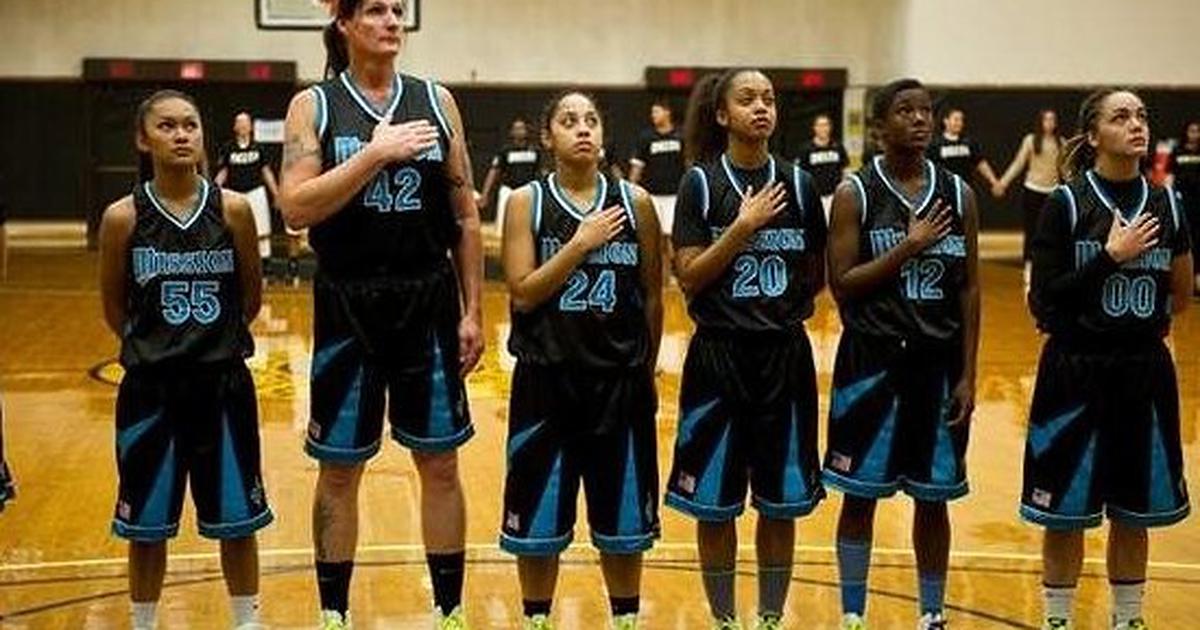 A sizeable sector of the Canadian sports bureaucracy has recently decided that it is acceptable to allow a biological male to compete against female athletes. Clearly inspired by Bill C16, it is an interpretation of this amendment to the Canadian Human Rights Act that requires scrutiny.

Take, for example, U SPORTS (Canadian Interuniversity Sport). They introduced a policy in 2018 making it permissible for anyone to compete in the category with which they “identify.” A person could be on the men’s team one semester, then self-declare as a “woman” and immediately compete on the women’s team the next semester without being expected to undergo any form of pharmaceutical or surgical intervention.

Those of us coaching every day at ground level are dumbfounded by this development and we strongly disagree. In no way can this be fair to female athletes!

Now, I have played and worked in the sports sector for over 40 years across the globe: in South America, North America, Europe, Africa, Asia and the Caribbean. As an athlete in track and field I won national championships, set national records, achieved NCAA “All American” accolades and proudly represented Canada on many national teams. As a leader, I have coached hundreds of athletes across the development spectrum—beginner to professional—in at least seventeen different sports and even assisted a pair of figure skaters to Olympic Gold (2002). And now I also represent some 3500 people, having been elected as president of the board at Athletics Alberta.

In all these years, after many a scandal, I have NEVER seen anything as preposterous as this “inclusion” doctrine.

Anecdotes accumulate across media platforms about male cyclists, weightlifters and track athletes establishing dominance on female podiums. More alarming, still, are the true stories about female bodies being crushed by impact with male contenders in the contact sports of handball, rugby and MMA fights.

Any policy forbidding us to make a distinction between the sexes is sure to impact athletes and competition officials, alike. Parents have already informed me that they will remove their daughters from sports if their girls are compelled to compete with males and/or share private spaces with them in locker rooms and hotel rooms.  And if sports officials become worried about volunteering for fear of being labelled “hateful” in awkward situations where a participant’s identity must be resolved, we will have no ability to conduct competitions at all.

The situation as it applies to Canada seems ironic in the extreme.  Even as we launch a national campaign to emphasize “safe sport,” this particular doctrine of “inclusion” is being promoted that will make female athletes more vulnerable than they have ever been in the history of sports!

Perhaps a better word might be “hypocrisy.” What other word could be used when we see the Government of Canada virtue-signaling about investing heavily in gender equity even as it privileges an ideology that threatens to push girls out of sports completely:

“In Budget 2018, the Government of Canada announced a target to achieve gender equity in sport at every level by 2035. This included an initial commitment of $30 million over three years to support data and research into innovative practices to promote women and girls’ participation in sport, and to support national sports organizations in promoting greater inclusion of women and girls in all facets of sport.”

For someone like me with an advanced degree in human biological sciences, the situation is perplexing, indeed. It has long been established that biological sex is permanent and that male athletes enjoy all the benefits their genetic category provides: bigger heart, larger lungs, stronger bones, larger body, greater muscle mass, more blood volume, greater size of tubes bringing air into the lungs, and an exaggerated level of aggressiveness, to list just a fraction of the vast array of physical advantages.

So, when I am coaching a young girl who has all the hopes and dreams of sporting success in her heart, what do I tell her? Am I supposed to lie? Am I supposed to pretend like she has any chance at making a team or a final when I look down the road at an ever-increasing number of male bodies who will be self-identifying into her category?

This situation begs so many more questions: How did we arrive at a point where Canadian sports leaders are formulating and promoting policies that completely ignore the existence of sexual dimorphism (physical differences between sexes)? Was a GBA undertaken? If so, was the impact on female athletes considered?

And what do we do now? How in the world do female athletes in Canada seek redress when everyone is afraid of running afoul of the law? Who is going to listen even if we can find a way to discuss this matter?

It is worthy of note that the very entity that was established to advocate on behalf of female athletes in Canada—the Canadian Association for the Advancement of Women in Sports (CAAWS)—is the one sending speakers to various sports association meetings across the country promoting 100% acceptance of “transwomen” athletes into female sports (presumably at the behest of those eager to promote an agenda using Bill C16). A quick check online reveals the following Position Statement:

“Consistent with existing human rights legislation and CAAWS’s ongoing commitment to achieving equity for girls and women, CAAWS supports the full participation of all individuals in sport and physical activity in the gender in which they identify.”

They claim this is an effort to promote “inclusion” and “safety” in sports.  Common sense tells us that it does no such thing. It cannot be “inclusive,” when the very presence of the biological male athlete serves to exclude a female athlete from a lane in a final race or from a position on a team! It is not “safe” when the legislation offers no mechanism to screen for ill intent and when the resulting physical injuries are bound to happen in only one direction.

Since the intent of Bill C16 was to address “discrimination”, I cannot help but ask: Which entity is experiencing discrimination here?  When “gender identity” and “gender expression” were added to the Human Rights Act, was “sex” removed? Is it possible that as sports bureaucrats in Canada spend so much time promoting the shiny new rule, they have forgotten that “discrimination on the basis of biological sex” is ALSO still a possibility? Because for me and so many of my colleagues, it seems clear that including a male person in female competition inevitably results in “discrimination on the basis of sex.”

As a person with mentorship status in Canadian sport, I do not recall having been consulted about this doctrine and its impact. When I ask female colleagues, young and old, if they were consulted, nobody has answered in the affirmative.  It is fair to say that female athletes across Canada were not consulted.

Apparently, the one person who WAS consulted happens to be a medical doctor who specializes in the hormonal and surgical transitioning of children.  He was the key expert on an ad hoc working group assembled by the Canadian Centre for Ethics in Sport (CCES) in 2012 to consider “trans inclusion” in sports.  The document of recommendations (2016) resulting from this one working group is now being foisted upon sports associations across Canada as the unassailable authority on “gender inclusion.”

Take a moment to absorb the irony, once again.  A bureaucratic entity (CCES) whose sole purpose is to advocate for NO CHEATING and NO HARM in Canadian sports now makes it a priority to convince the entire sports sector that biological males should be welcome to compete against female athletes with no questions asked.  In what way is this ethical or appropriate?

Those of us who conduct sports at ground level have a duty to sound the alarm.  Members of parliament MUST understand the crisis that is about to unfold due to this faulty, ill-advised legislation.

Surely, the demise of women’s sports was not the intent of Bill C16?

On the bright side, I believe there are ways that a compromise can be achieved.  Looking to our friends across the pond in the UK, their version of Bill C16 has built-in exemptions in law to protect female persons in specific contexts, including in sports.  At ground level in Canadian sports, it might even be possible to include a third category in some instances to accommodate self-ID athletes.

Whatever the case may be, it is impossible to arrive at a happy consensus if we are offered no safe forum to meet and speak on this topic.  It is beyond time that we are permitted to have this conversation about “inclusion” in Canadian sports without fear of reprisal.