Hundreds of people took to the streets of downtown Manhattan on Saturday to protest against 'white nationalism'. Strangely enough, this protest took place apparently because of violence by an African-American man against an Asian. 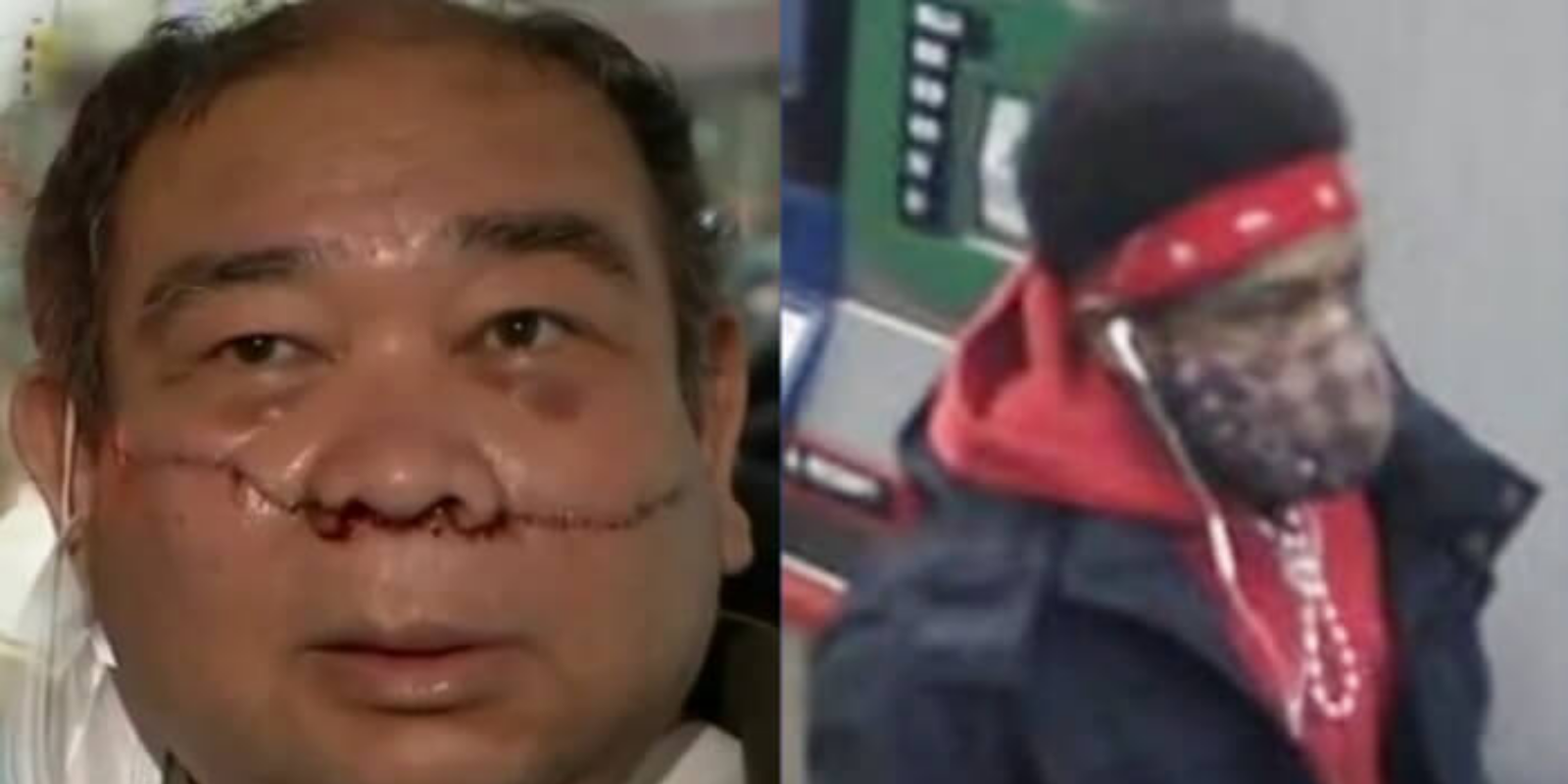 Hundreds of people took to the streets of downtown Manhattan on Saturday to protest against 'white nationalism'. Strangely enough, this protest took place apparently because of violence by an African-American man against an Asian.

"Several hundred people from the Washington Square Park 'Unite Against White Nationalism' rally are now marching through Chelsea. This protest is in response to anti-Asian/AAPI [Asian-Americans and Pacific Islanders] violence happening in New York and across the country."

(As a quick correction, the video shows the crowd at the intersection of Waverly Place and 6th Av in Manhattan, in the Village, right in front of the famous Waverly Diner.)

"Unite Against White Nationalism rally currently underway at Washington Square Park. Activists are demanding justice against the influx of anti-Asian/AAPI violence that has always been around but which has flourished in the wake of the Covid-19 pandemic."

Noel Quintana, originally from the Philippines, had his face slashed in a brutal knife attack.

"Why, it makes perfect sense to blame white people for the brutal face-slashing  attack on Noel Quintana."

A similar incident has recently happened in San Francisco, where an 84-year-old Thai man, Vicha Ratanapakdee, was brutally attacked, and died two days later from his wounds.

"LATEST: Horrific video of fatal attack Thursday on 84-year-old Vicha Ratanapakdee," says the tweet's caption. The video shows a man outside his house being rammed and knocked to the ground by an assailant in what appears to be a completely unprovoked attack. One again, the suspect in the murder is not white, and therefore extremely unlikely to be a white nationalist.

Below is reproduced the image of a flyer for a protest demanding justice for Ratanapakdee and mentioning white nationalism: