After Rogan podcast, Twitter has a genuine opportunity to reject censorship

Twitter has an opportunity to help unite a politically divided nation. To move toward that goal, however, they will have to heed Pool’s and Rogan’s advice to break out of their own ideological bubble. 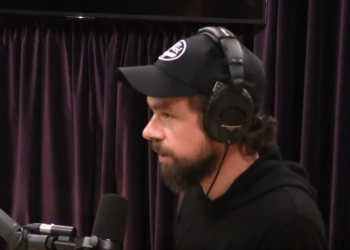 After having a night to sleep on the Joe Rogan podcast in which Tim Pool and Joe Rogan (from reality) took on Jack Dorsey and Vijaya Gadde (from Twitter), we have some thoughts. This may have been the most important debate in the culture wars so far in 2019.

What we find most interesting about the podcast is the discussion about bias, and the potential for the implementation of an algorithm detection system that would find “offensive” tweets that break the terms of service, and then recommend which consequences or punishments need be meted out.

There is “…a growing concern about bias, discrimination, due process, liability and overall responsibility for harm,” according to the AI Now Report 2018. This algorithm that is most likely in development: will it be subject to some of the industry’s critics calls for transparency? Dorsey and Gadde seemed to suggest as much.

Will they comprehensively log and track the creation of the data and models that are used to drive the machine learning necessary for the algorithm to function properly? If it is not transparent, it is completely useless. If the way it is structured is to continuously adjust for specific ‘fair’ results, then it will not be free from biases at all. Biases need to be questioned, but they are the first step in a judgement and decision making process, and they are based on our own, human-derived ‘machine learning’ algorithms.

There is no turning back from the Twitter model of communication. This is how we communicate now, and we have the ability to interact across the world in a second. The issue with this is that, globally, there is no agreement on how we communicate, or what standards of speech are.

There are many restrictive speech laws internationally, and the way those with free speech protections speak is, by necessity, different from those in countries where freedom of speech is not guaranteed, and is often punishable by repressive regimes that are more interested in controlling populations than uplifting them.

How is a platform, designed in the west, initially intended for those with guaranteed freedoms and a belief in natural rights, supposed to manage the speech of oppressive places in order that it may operate in those places? Dorsey seems to prefer a UN model of freedom of expression over the more robust freedom of speech that the American constitution secures for us.

Do those who believe fully in free speech and individual liberty wish to give over the management of their rights to an organization that cannot, or is not willing to, uphold those freedoms against other, more pressing priorities (customer service satisfaction, profit, interest of shareholders)?

Isn’t it up to us, the Western, free speech-oriented users of this platform, to demand democratization so that all users are able to participate freely, and in line with the natural rights and freedoms that we know and believe them to have even if they are currently being prohibited from expressing them? Is Twitter a free marketplace for the sharing of ideas, or is it subject to shareholders and international ideologies that have no basis in fact? Of course, in some ways, it must be both. But in that it operates with the benefits of a democratic republic, it has a responsibility to uphold those ideals above all others.

Using vague bits of social science data to drive ethical decision making, or using user complaints which always skew toward social justice, is no way to arrive at an ideologically neutral Terms of Service. As Pool would put, right now, “everything is flowing one way.”

Many questions remain. For instance:

Why did Pool have more accurate information about the Proud Boys, Covington, Jacob Wohl, Jonathan Morgan, Meghan Murphy and other high profile Twitter scandals than Gadde or Dorsey? Gadde and Dorsey had access to more information, but were consistently embarrassed by factual corrections from Pool; why might this be?

Pool rightly points out that Twitter basically has a virtual monopoly on political discourse and its use actually affects the results of democratic elections. Pool’s point that Americans with “bad views” are being excised from the platform while foreign “bad actors” are not is a compelling one. Why should an American citizen be deplatformed from an important part of the political process while internationally based bots and trolls have free reign of the service?

Is Twitter a publisher or a public utility? Is it fair to implement a term of service that is based on one particular ideology that is currently engaged with an equally valid ideological opponent? Since Twitter depends on user feedback in its current incarnation, then which users are more likely to head to the virtual complaints department—conservatives or leftists? Those who pride themselves on their thick skin or those who claim grievance as a matter of course?

Twitter has an opportunity to help unite a politically divided nation. To move toward that goal, however, they will have to heed Pool’s and Rogan’s advice to break out of their own ideological bubble. The idea of an ideologically neutral content jury to adjudicate Twitter disputes seems like a good one. So does Pool’s suggestion of moving Twitter operations (at least partially) out of the left-wing echo chamber that is Silicon Valley.

If Dorsey and Gadde genuinely want Twitter to exemplify “healthy conversation” (which we would envision as the kind of ideal conditions in which a Republican and a Democrat could fall in love or forge a meaningful friendship on the platform), then they will need to bridge the ideological gap.