"Someone had to make sure that the power of the department stopped being abused and that there was accountability for what had happened," Barr said. 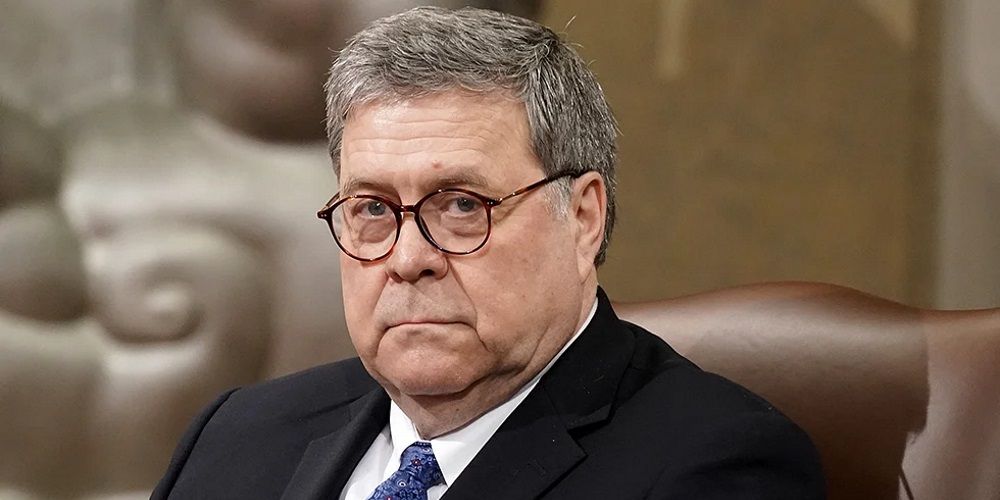 US Attorney General William Barr discussed the special counsel investigation into the origins of the Russian collusion investigation in an interview with the Wall Street Journal's Kimberley Strassel where he claimed that a "willful if small group of people" attempted to "topple" the Trump administration, per an interview in the Wall Street Journal.

Barr told Strassel that "the Department of Justice was being used as a political weapon" by a "willful if small group of people" who sought to use fake claims of Russian collusion to take down an administration. "Someone had to make sure that the power of the department stopped being abused and that there was accountability for what had happened," Barr said.

Barr further told Strassel that he appointed John Durham as a special counsel to investigate the background of the Russian collusion investigation so that the public could learn how the FBI was essentially, in his view, hijacked for political purposes.

Republicans have widely alleged misconduct from the FBI and DOJ in their handling of the Russian collusion scandal, suggesting that the Trump campaign was maliciously spied on without enough probably cause to do so, and that the Obama administration may have done so in order to prevent Trump from winning the election. No evidence has been revealed thus far proving such allegations.

While Barr admitted that Russia did indeed interfere in the 2016 election, he asserted that there is no evidence and there never was any evidence of collusion between the Trump campaign and the Russian government.

Barr also suggested that if Robert Mueller had conducted a proper investigation into the material he was provided, then Durham's investigation would not be necessary. However, "the Mueller team seems to have been ready to blindly accept anything fed to it by the system," Barr asserted.

He expressed regret that the results of the Durham investigation did not come out prior to the 2020 election, suggesting a number of issues, including the ongoing coronavirus pandemic, caused delays.

According to Barr, Durham has already ruled out that Crossfire Hurricane, the name of the original FBI operation into the links between the Trump campaign and Russia, was preceded by secret investigations from the CIA and foreign intelligence operations.

Barr was surprised to note that the "CIA stayed in its lane" and does not appear to have been involved in creating, spreading, or acting on false claims surrounding the Trump campaign's relationship with Russia.

He said that Durham is now focused on "the conduct of Crossfire Hurricane, the small group at the FBI that was most involved in that" and "the activities of certain private actors," although he did not state who. Some have speculated that this may include an investigation into the 2016 Hillary Clinton campaign, as Director of National Intelligence John Ratcliffe has already declassified 2016 documents warning the FBI that the campaign was behind the collusion claims.

On a separate note, Barr explained why he chose not to reveal that Hunter Biden is under federal criminal investigation prior to the election.

"A lot of Republicans think that's playing by Robert's Rules—you are being soft on the other side. And I understand that frustration. It's painful that the system is used against Republicans and there is an AG not willing to do the same thing against Democrats. But that is the only way we find our way back."

"Think about the power it would give the federal bureaucracy," Barr continued. "The standard for investigating someone is low. So just gin up an investigation, make it public, affect every election."