Alberta Catholic church burns to the ground in 'suspicious' incident

"Over 100 years in history, gone up in flames," said First Nation Chief Allan Adam. "This was uncalled for. This was a beautiful church." 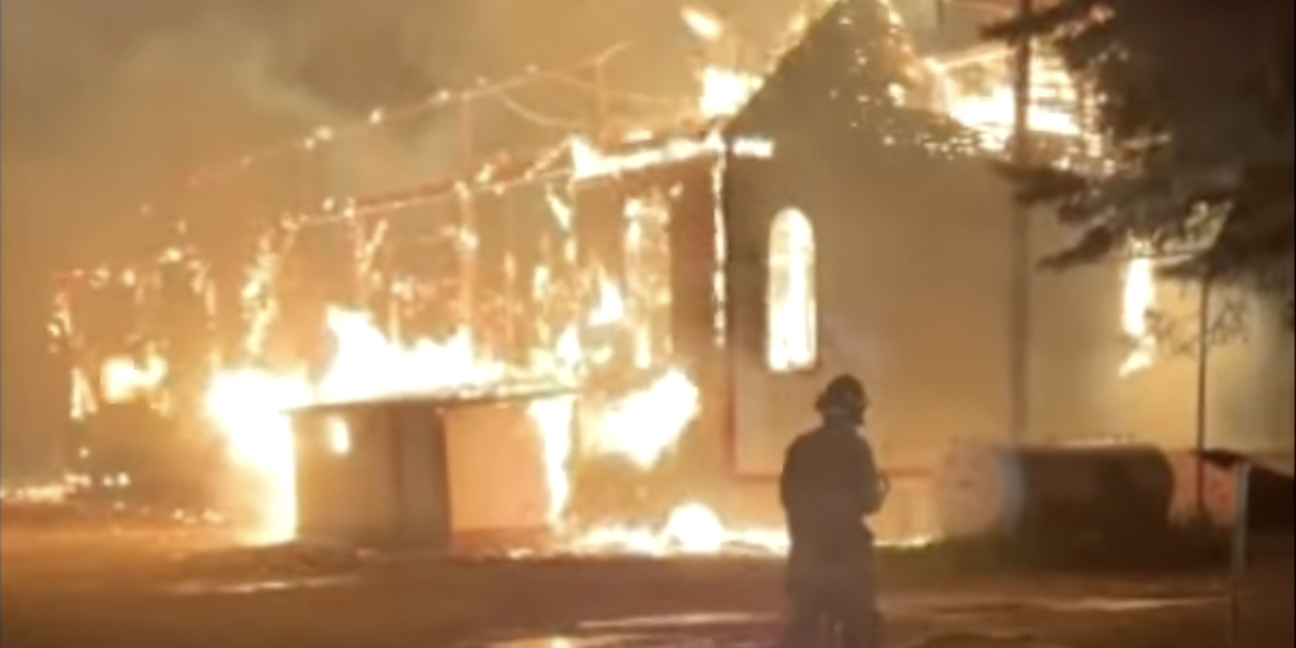 On Thursday, a Catholic church in the remote northern Alberta town of Fort Chipewyan was burned to the ground in what officials have deemed to be a "suspicious" incident.

The loss of the church, which has been a fixture in Fort Chipewyan for over 100 years, has been felt throughout the community.

According to CTV News, the fire began around 2:30 am Thursday morning, and within minutes, the church was fully engulfed in flames.

Athabasca Chipewyan First Nation Chief Allan Adam livestreamed the incident on Facebook as he assisted firefighters. He repeatedly warned of a fuel tank sitting next to the church, which eventually caught on fire, further worsening the blaze.

"Over 100 years in history, gone up in flames," he said. "This was uncalled for. This was a beautiful church."

Following the incident, the ACFN Chief and Council released a statement.

"Athabasca Chipewyan First Nation (ACFN) Chief and Council are saddened by the loss of the Nativity of the Blessed Virgin Roman Catholic Church in Fort Chipewyan," the statement began.

"The church, built in 1909, has been a part of the community for over one hundred years, and even though the relationship between Indigenous Peoples and the Roman Catholic Church is complicated the loss of the church will be deeply felt in the community."

They lamented the fact that a century of history had been "erased," including marriages, funerals, and "hundreds of other significant moments in the community."

In a statement to APTN News, Adam decried the attack as "unnecessary."

"You don't take your frustration and anger and disappointment on the house of the Lord," he said. "A lot of history went through there, a lot of our elders' memories are in my head will only be there now because every time I walk across there won't be a church standing there."

The RCMP said on Thursday that no injuries were reported, and that an investigation is ongoing.