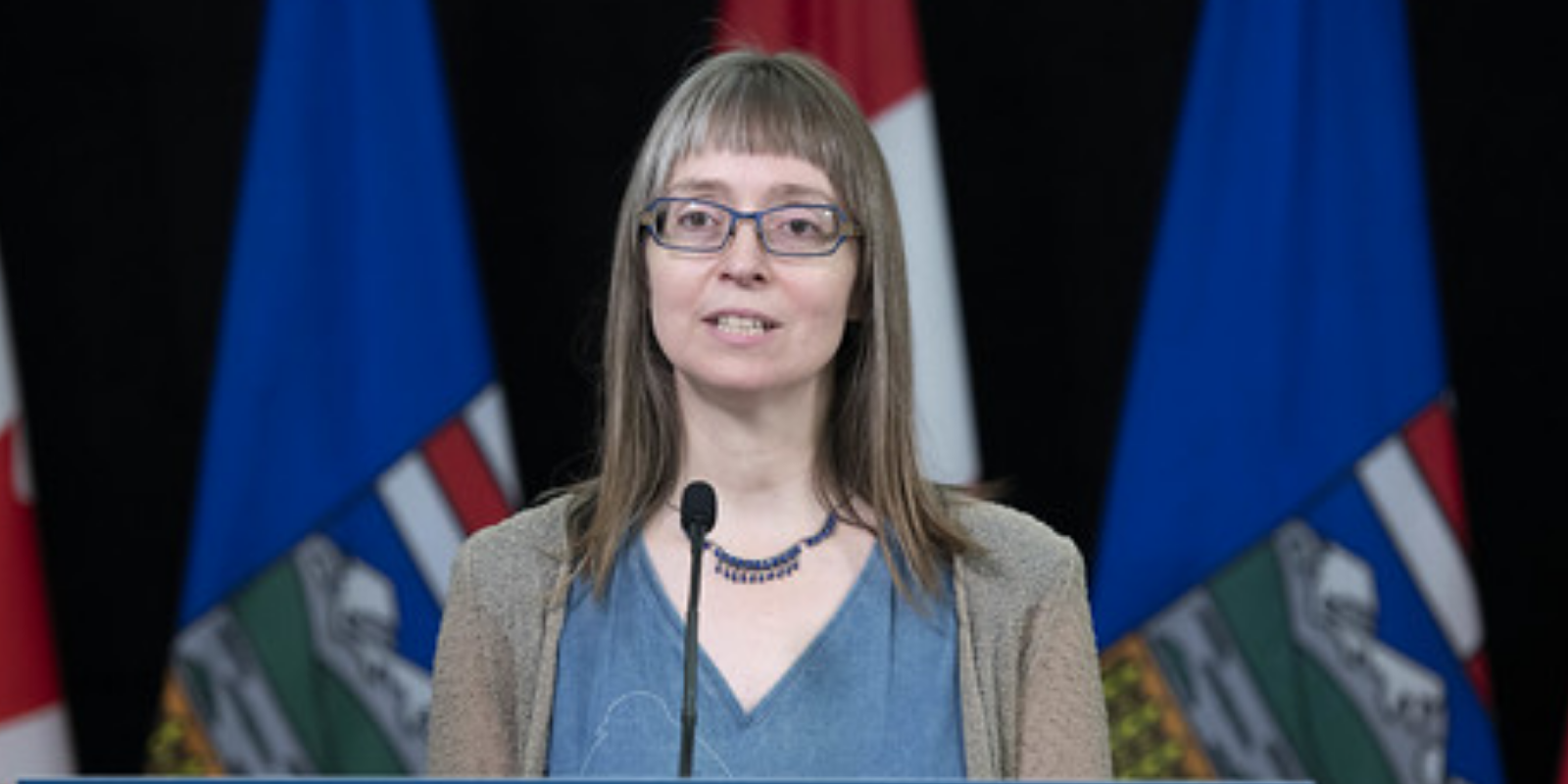 If I told you that I shot a man yesterday, you would assume that I've done a bad thing. If I provided you with relevant context and mentioned that this man had broken into my home and had threatened to kill my wife and children, you would revisit your initial assumption. You might ask me whether this man also had a gun, and whether I could have handled the situation yesterday without shooting him. Knowing the relevant context would cause you to let go of your initial judgment very quickly.

Context matters so much that the courtroom oath asks witnesses to tell the truth, the whole truth, and nothing but the truth (so help her, God). A witness who omits relevant facts from her testimony misleads the judge and jury, even if every word that comes out of her mouth is actually true.

On December 21, Dr. Hinshaw tweeted that "there are currently 760 people in hospital with 149 people in ICU" but she omits the highly relevant facts that Alberta has over 8,300 hospital beds, and that Alberta's total ICU capacity is more than 1,000. Failing to include these relevant facts in her tweets is misleading.

More significantly, Dr. Hinshaw's tweets suggest that it's unusual for hospitals to be overrun by patients, when in fact "hallway medicine" has been a sad-but-common feature of Canadian health care for many years. Politicians have refused for decades to address the gross mismanagement of health care dollars by an unresponsive and utterly unaccountable government monopoly. Pretending that hospital over-crowding is a new phenomenon caused by COVID-19 is misleading.

Government officials like Dr. Hinshaw now tell us that hospital overcrowding is the fault of those who protect their human dignity by exercising their Charter freedoms to do things like having Christmas dinner with family and friends, worshipping together with fellow believers, and playing outdoor hockey.

Dr. Hinshaw offers no explanation as to why hospital capacity was not increased in the past eight months, even though government officials have been warning about a "second wave" for many months. Dr. Hinshaw misleads Albertans by blaming a potential shortage of hospital capacity on good citizens who preserve their mental health by socializing with each other, rather than placing blame on government officials, where it belongs.

On December 18, Dr. Hinshaw tweeted about "1,286 new cases of COVID-19" but failed to mention that the vast majority of these "cases" concern healthy people who simply had a positive PCR test, the reliability of which is in dispute, with the number of false positives as high as 90 percent.

Dr. Hinshaw fails to point out that, until our Charter rights and freedoms were taken away from us in March of 2020, a "case" of something referred to a person who was actually sick. This is still how most people interpret the word "case." Daily reporting on "cases" of healthy people, based on unreliable testing of asymptomatic Albertans, is simply fearmongering, and is highly misleading.

On December 17, Dr. Hinshaw tweeted that 790 Albertans had died "as a result of COVID-19" but her tweet fails to mention that 97 percent of these people had comorbidities like diabetes, hypertension, chronic obstructive pulmonary disease (COPD), cancer, stroke, liver cirrhosis, chronic kidney disease, immune-deficiency, congestive heart failure and other cardiovascular diseases.

Dr. Hinshaw's tweets fail to mention that more than three quarters of the alleged "COVID-19 deaths" are amongst people who had three or more of these serious underlying illnesses. Amongst the more than 20,000 Albertans who have died in the past nine months, 20 of them (one tenth of one percent) died of the virus alone, while 99.9 percent died of one or more other causes. To claim that elderly people who are dying of cancer, COPD, and various liver, kidney and heart diseases are dying "as a result of COVID-19" is misleading.

Why not mention the more than 26,000 Albertans who died of other causes in the past year, including those who died because Dr. Hinshaw cancelled their medically necessary surgeries, or because she delayed their cancer diagnosis until it was too late? Dr. Hinshaw speaks as though nobody ever dies. Failing to place deaths from one virus into their relevant context is misleading.

On December 15, Dr. Hinshaw reported on 11 new deaths but failed to mention that there were zero deaths amongst children, teenagers and adults under 23.

Dr. Hinshaw's tweets don't mention that 86 percent of the alleged "COVID-19 deaths" are amongst those 70 and older. In her tweets, Dr. Hinshaw completely ignores Years of Life Lost which is the relevant factor used by doctors and scientists to assess how serious a disease actually is.

Worse yet, the Alberta government is making no attempt to track how many Albertans have died or suffered permanent health damage after lockdown measures cancelled more than 20,000 surgeries in March and April. Suicides and drug overdoses, both on the rise because of lockdown measures, have a far greater impact on Years of Life Lost than any virus.

In spite of these facts, Dr. Hinshaw appears to be shocked when people in their 80s and 90s die from their numerous, pre-existing, fatal diseases and chronic conditions. Further, Dr. Hinshaw says nothing about the deaths resulting from her lockdown measures, and this silence is misleading.

On December 17 Dr. Hinshaw tweeted that "we are all in this together" but in fact we are not.

Teachers, policemen, social workers, those receiving pension cheques, government employees at all three levels of government, and public officials like Dr. Hinshaw and Premier Kenney, have not lost their jobs or income, and face no threat of losing their jobs or income (at least not any time soon).

Meanwhile, hundreds of thousands of Alberta's small business employees, managers and owners have spent Christmas unemployed, and are sliding into poverty and despair. We are not "all in this together" and we won't be unless large numbers of public sector workers also lose their jobs, or until lockdown-caused unemployment is fully reversed. Only then will "we're all in this together" cease to be misleading.

It's time for Dr. Hinshaw to start telling "the whole truth."

Lawyer John Carpay is president of the Justice Centre for Constitutional Freedoms, which has taken Alberta and Manitoba to court to end the lockdowns.