An arrest has been made following a house explosion on Tuesday that shook a neighbourhood in Brampton. 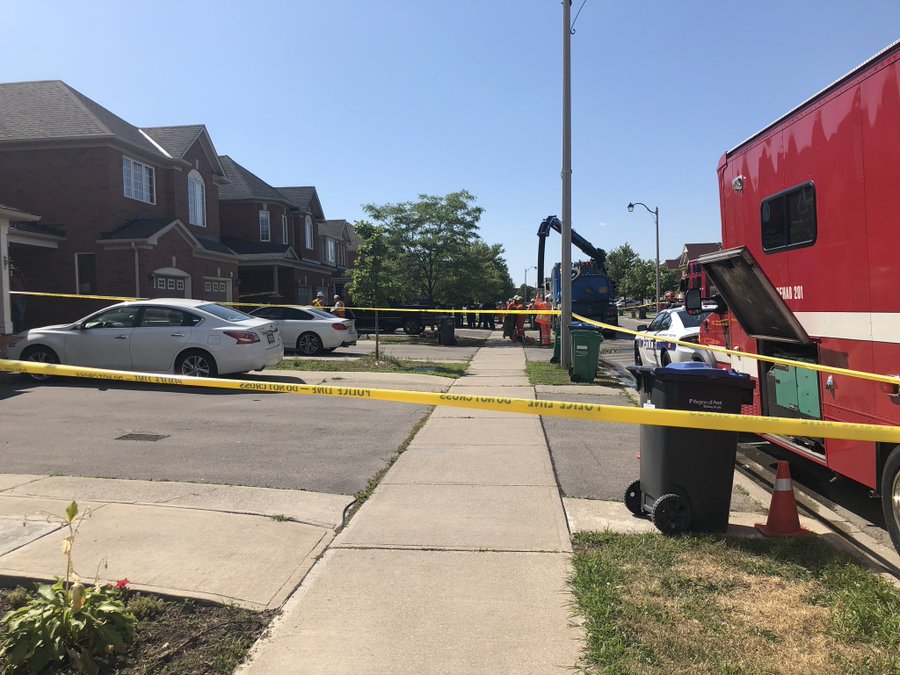 An arrest has been made following a house explosion on Tuesday that shook a neighbourhood in Brampton.

Neighbours say they heard a loud explosion that tore much of the house apart, particularly the first floor, and that three adults were seen outside along with one child.

At the time, it wasn’t certain what the cause of the violent explosion was, but police have now revealed the cause as a faulty alcohol-producing still. One man has no been charged with Arson by Negligence.

“On August 14, 2019, members of 21 Division Criminal Investigations Bureau and The Ontario Fire Marshal executed a search warrant at the address on Herdwick Street. The explosion was confirmed to be caused by an alcohol producing still, located in the basement of the residence,” said Peel Regional Police in a statementon Thursday.

“A 57-year-old man from Brampton was charged with Arson by Negligence,” they added. “The accused was released on a Promise to Appear and will appear in at the Ontario Court of Justice in Brampton, at a later date.”

Following the incident, all four of the residents were rushed to a nearby hospital. The 1-year-old child arrived in serious condition with second-degree burns, while the three adults had minor burns and suffered from smoke inhalation.

The identity of the accused is currently being withheld pending his court appearance.