All of Trudeau’s blackface moments SO FAR

In the last 12 hours, Prime Minister Justin Trudeau has been found to have worn either brown or black face no less than three times. 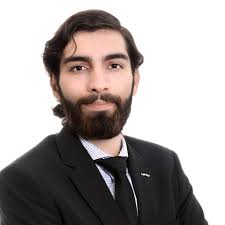 In the last 12 hours, Prime Minister Justin Trudeau has been found to have worn either brown or black face no less than three times.

With so many stories breaking in rapid succession and there remaining a serious possibility for even more instances of blackface, we’ve decided to create an updated list that will keep track of every instance.

In the photo, the then-29-year-old Trudeau is seen with several women while dressed up in a stereotypical costume with his entire face painted.

The racist photo was allegedly taken in 2001 at an “Arabian Nights” party at a private school where Trudeau was teaching. The school in question was West Point Grey Academy in Vancouver, B.C. and Trudeau taught several classes at the school.

Following the release of the brown face photo, Trudeau said the following.

“When I was in high school, I dressed up at a talent show and sang “Day-O [The Banana Boat Song] … with make-up on,”

By “make-up,” he meant blackface.

The morning following the explosive release of multiple photos depicted Trudeau in problematic costumes, a video was published by Global News, highlighting much of the same.

Again, Trudeau can be seen wearing blackface, as well as black make-up all over his arms.

This article will be periodically updated to reflect new instances of Canada’s Prime Minister wearing blackface.