'America is not a racist country': Tim Scott debunks Joe Biden in rebuttal 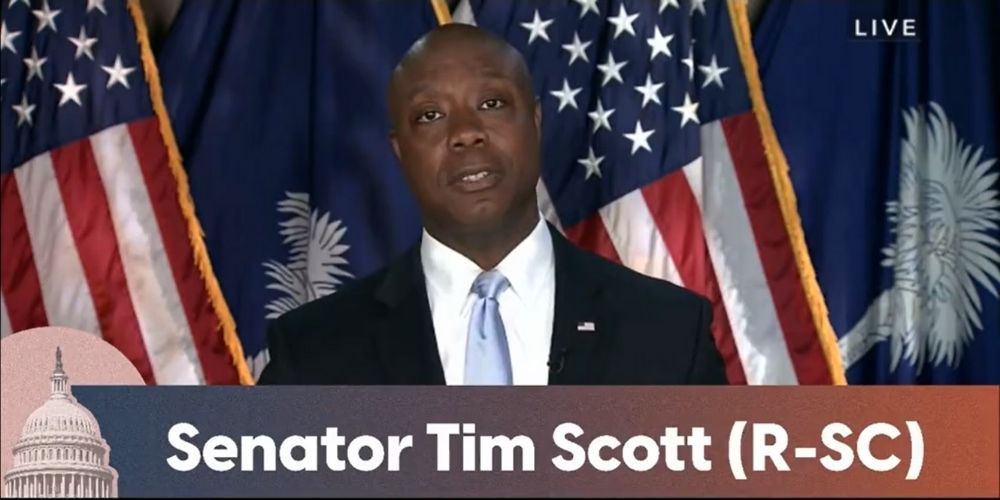 Scott praised Biden as "a good man," but called the President’s policies divisive.

"Our president seems like a good man. His speech was full of good words. But President Biden promised you a specific kind of leadership. Our nation is starving for more than empty platitudes. We need policies and progress that bring us closer together. But three months in, the actions of the president and his party are pulling us further and further apart."

Scott dispelled the illusion of the "unity" Biden had promised and instead showed how in his first 100 days in office that he and the Democrats "are pulling us further apart." Scott illustrated his point by calling out the five bipartisan coronavirus relief packages that passed under former President Trump, but that Congress passed the $2 trillion American Rescue Plan with no Republican votes.

"America is not a racist country," Scott said. "Race is not a political weapon to settle every issue like one side wants." The Senator also went after the Washington Post’s fact check on his grandfather’s history of picking cotton. "Last week a national newspaper suggested my family’s poverty was actually privilege."

Scott then spoke about the effects of the coronavirus and onerous Democrat instituted lockdowns on the country and how faith had guided him through his life.

"This past year, I’ve watched COVID attack every rung of the ladder that helped me up. So many families have lost parents and grandparents too early. So many small businesses have gone under. Becoming a Christian transformed my life. But for months, too many churches were shut down. Most of all, I am saddened that millions of kids have lost a year of learning when they could not afford to lose a day."

Scott added, "Locking vulnerable kids out of the classroom is locking adults out of their future,” Scott continued. “Our public schools should have reopened months ago. Other countries did. Private and religious schools did. Science has shown for months that schools are safe. But too often, powerful grown-ups set science aside, and kids like me were left behind. The clearest case for school choice in our lifetimes."