The guideline also includes words "chestfeeding," "human milk feeding," and "lactating person" to use in place of "traditional terms" like breastfeeding, nursing mother and breast. 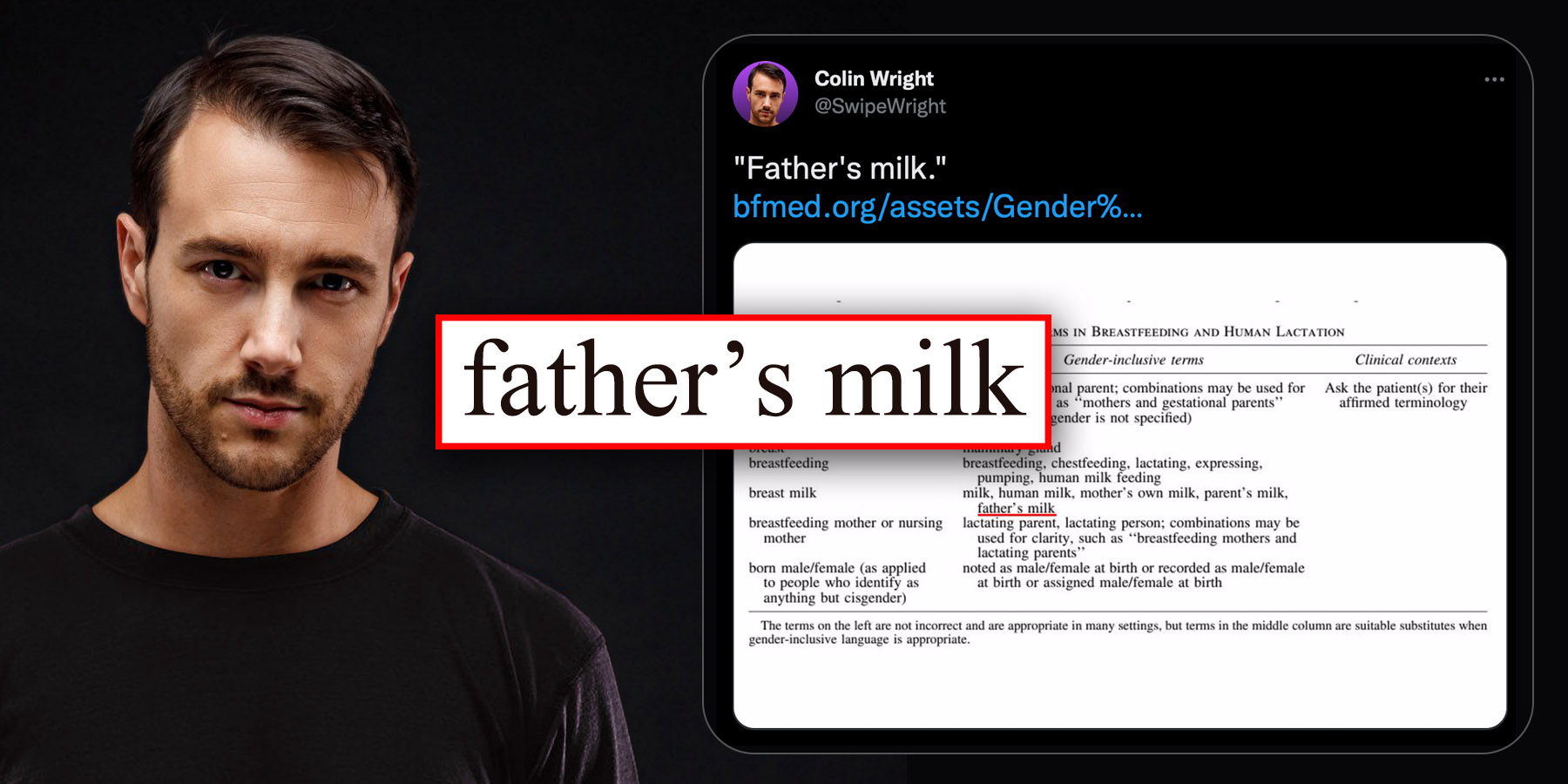 New "gender inclusive" language guides put out by The Academy of Breastfeeding Medicine (ABM) are being implemented in some US hospitals. A screenshot of a language guide table was shared to Twitter on Tuesday titled "Suggested Terms in Breastfeeding and Human Lactation." On the left-hand side, a column labeled "traditional terms" includes "breast milk," while a middle column of "Gender-inclusive terms" suggests "father’s milk" as a possible alternative.

"This document was sent to me by a friend whose wife is a hospital nurse for new moms and their babies," evolutionary biologist Colin Wright Wright told The Post Millennial. "He said this new 'inclusive terminology' is being implemented at her hospital, and that nurses and other health professionals are being required to ask each patient what terms they wish to have used when discussing their care."

The guideline also includes words "chestfeeding," "human milk feeding," and "lactating person" to use in place of "traditional terms" like breastfeeding, nursing mother and breast.

Wright brought the new guidelines to light when he shared a screenshot of the suggested terms on Twitter along with two words: "Father’s milk."

"While this policy is portrayed as creating a friendly and 'inclusive' hospital atmosphere, I think most people would rather have nurses focused on more important things like medications and proper dosages instead of devoting mental real estate to memorizing lists of inane ‘inclusive’ terminology," Wright adds.

"ABM recognizes that not all people who give birth and lactate identify as female, and that some individuals identify as neither female nor male. The statement states that to be inclusive to all people in written materials, the use of desexed or gender-inclusive language is appropriate in many settings."

The statement also called for "future studies to include broader gender categories and include information about hormone therapies and surgeries for transgender patients."

The ABM published its latest position statement in August of 2021, with its intended mission to affirm their "commitment to gender equality and health equity" and provide "guidelines on infant feeding and lactation-related language and gender."