"...if the adoptions were sketchy, reporting it would really screw w the lives of her 2 adopted kids (& maybe the 5 bio kids too)," Houle wrote. 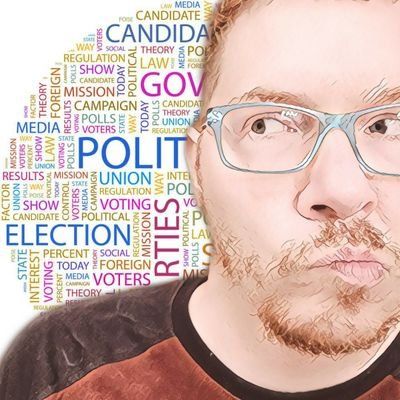 The presumptive Supreme Court nomination of Amy Coney Barrett is bringing out more obscene leftwing hysteria than we expected. For example, did Amy Coney Barrett kidnap her adopted children? Dana Houle, who describes himself on his website as a policy analyst for the legislature, a chief of staff on Capitol Hill and a campaign manager for Democratic candidates, raised this idea in a long tweet thread.

"I would love to know which adoption agency Amy Coney Barrett & her husband used to adopt the two children they brought here from Haiti." Houle mused, as he went on to ask, "Would it matter if her kids were scooped up by ultra-religious Americans, or Americans weren't scrupulous intermediaries & the kids were taken when there was family in Haiti? I dunno. I think it does, but maybe it doesn't, or shouldn't."

Barrett and her husband adopted two children from Haiti. In a 2019 discussion at Notre Dame titled, An Evening With Judge Amy Coney Barrett, Barrett spoke about her family and her experience adopting her children.

Discussing herself as one of 29 grandchildren, she has seven children herself. During her time with her then fiancé, going through traditional Catholic marriage preparation, she spoke about how moved they were by a young couple they met with who had adopted a special needs child. The two decided that one day they wanted to adopt children as well, seeing the powerful impact it had on others.

Barrett adopted her second daughter, Vivian, from Haiti when she was 14 months old. At the time of the adoption, Vivian was living in an orphanage that Barrett described as loving, but the child was severely malnourished and sick. Today she is a high school athlete.

Deciding to adopt a second child from Haiti, the Barretts began the process only to be surprised with a pregnancy that coincided with the adoption. During the process, Barrett describes complications with the process but after the 2010 earthquake the adoption agency contacted them and let them know the state department was lifting some of its paperwork requirements on already-in-progress adopts to speed them along.

John Peter was adopted alongside Barrett's pregnancy, when he was three years old. "What greater thing can you do than raise children?" Barrett said. "That’s where you can have your greatest impact on the world."

Houle, however, attempted, "I hope the adoptions were fully legit & ethical. I hope if press investigates that's what [they] find. But if the adoptions were sketchy, reporting it would really screw w the lives of her 2 adopted kids (& maybe the 5 bio kids too)."

Arguing that there are many "horrible" adoptions from Haiti, Houle asserted, "There were so many horrible adoptions by families like hers that the only reason to not question the legitimacy of the adoption is the effect it would have on her kids. But that's a pretty huge reason. Probably enough to not do it." But he does not present any evidence for her accusation.

His argument seems to be based on anti-Christian and Catholic bigotry, arguing "Everywhere fundies go in & start adopting ends up shutting down adoptions to the US." A 2017  Daily Beast article titled, "The Evangelical Adoption Campaign" is used to substantiate his assumptions.

The article reads, "…10 American evangelicals from Idaho who were caught at the border of the Dominican Republic attempting to take 33 Haitian children, many with living parents, out of the country without documentation." The article asserts, "American evangelical churches are embracing a new orphan theology that urges Christians to see adoption and 'orphan-care' as an integral part of their faith."

Sadly, the conspiracy theory has begun to spread as leftwing activist John Lee Brougher, who has worked with NARAL and Wendy Davis previously, demanded, "As an adoptee, I need to know more about the circumstances of how Amy Coney Barrett came to adopt her children, and the treatment of them since. Transracial adoption is fraught with trauma and potential for harm, and everything I see here is deeply concerning."

The hysteria surrounding Barrett is largely absurd and filled with obnoxious references to The Handmaid's Tale. Barrett is a practicing Catholic and a conservative, or as Mother Jones described, "Amy Coney Barrett is a member of People of Praise, a charismatic covenant community in South Bend, Indiana known for the submissive role played by women, some of whom were called 'handmaids'—at least until the Handmaid’s Tale aired in 2017."

Much of the rhetoric has been around Barrett's conservative views, as expressed by HRC spokesperson, Charlotte Clymer, "Some in media will pretend that Amy Coney Barrett is reasonable because she's calm in demeanor. They will ignore her viciously anti-LGBTQ, anti-choice history because she doesn't sound like Trump. But don't be fooled: she is an enemy of civil rights, and she's proud of it."

"Amy Coney Barrett may be a woman, but she sure as hell doesn't respect the freedom of women or anyone else who doesn't agree with her. She claims to believe in family values but not families that don't look like hers. She supports individual liberty, but not if you're LGBTQ."

While Clymer's irrational demands involve hallucinations that Barrett doesn't value her human rights and considers her and other LGBT people, "sub-human," another claim with absolutely nothing to substantiate it, the accusation against Barrett as a mother is far more insidious. Barrett and her husband clearly went through appropriate legal adoption channels. The accusation is offensive on its face. The notion of Barrett belonging to a secret religious cult sneaking down to Florida once a year to snatch children from their parents will, hopefully, be one of the more obscenely ridiculous accusations we see from the left during this process.